The artist is sent to Henrico County Regional Jail in Virginia after a phone recording in which she could be heard talking about having sex with her 79-year-old mother Barbara surfaced on online forum Kiwi Farms.

AceShowbiz - Chris Chan, whose real name is Christine Weston Chandler, is having a brush with the law. The creator of the Sonichu character was arrested and charged with incest after a leaked audio spread online.

The 39-year-old character creator was sent to the Henrico County jail in Virginia after police arrested her on Sunday, August 1 afternoon. According to a representative for the jail, currently, no court date or bond has been set.

Additionally, Henrico County Sheriff Alisa Gregory informed Newsweek that the blogger's arraignment will be in Greene County. The sheriff was unable to provide any further information relating to the arrest other than to say "the criminal charges are not for Henrico County, but Greene County." The police officer added, "We are just housing until transport can be arranged."

Her arrest came after she allegedly admitted to having sex with her mother in an eight-minute phone recording that surfaced online on Friday morning, July 30 on a forum called Kiwi Farms. In the recording, someone purporting to be the creator discussed sexual interactions with her 79-year-old mother Barbara.

In the audio, Chris could be heard saying that since June they have "been doing it every third night" and describing sex acts in detail. A text said to be from the YouTube star that was posted alongside the recording read, "Barb and I just had another romp in the hay." Engaging in sexual intercourse with one's father or mother is a Class 5 felony in Virginia.

After her audio recording was leaked, Chris took to her Twitter account to address the issue. "There is drama in the air today," she tweeted on Friday. "Each and every one of you all are encouraged to withdraw from any and all dramas, gossip, rumors, and whatever else will, and already has, approached your way today." 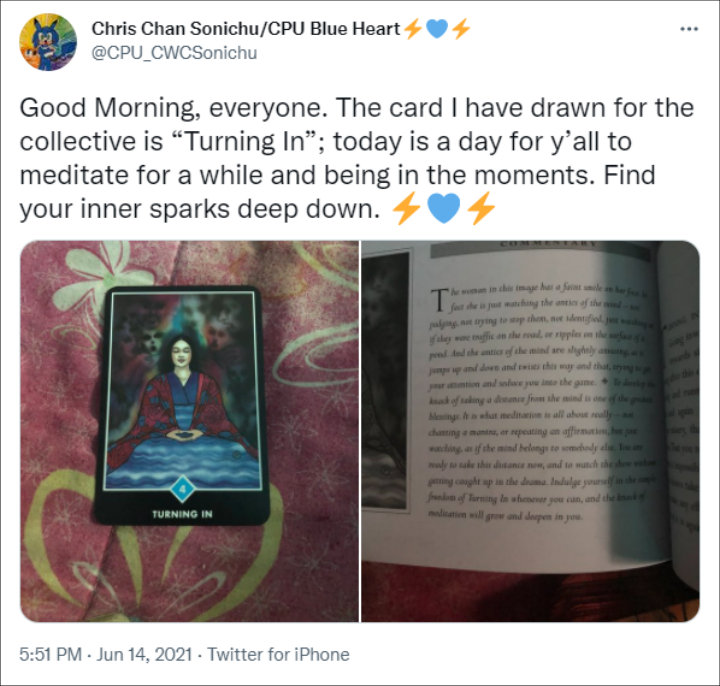 Chris Chan addresses the leaked audio recording that described her sex acts with her mother Barbara.

On Sunday, a live stream from the alt-right podcaster Ethan Ralph appeared to show Chris' arrest outside a hotel in Charlottesville. While it appeared that the artist was in handcuffs, she told the podcast host, "Everything is going to work out."