Spotted in rare outing amid his divorce from the 'Real Housewives' star and embezzlement investigation, the former attorney looks much older as he receives assistance while walking.

AceShowbiz - Tom Girardi has been spotted in a rare outing amid his divorce from Erika Jayne and his legal woes. Seen for the first time since his dementia diagnosis, the former lawyer sported a visibly black eye as he showed signs of his deteriorating health.

In some pictures obtained by Page Six, Tom had a shiner on his left eye as he was helped along by an unnamed woman while walking. He appears to have lost weight and looks much older than he was seen the last time.

The co-founder of law firm Girardi & Keese wore an oversized blue polo and baggy khaki shorts, a far cry from the polished suits he usually sported when appearing on "The Real Housewives of Beverly Hills" with his estranged wife Erika. 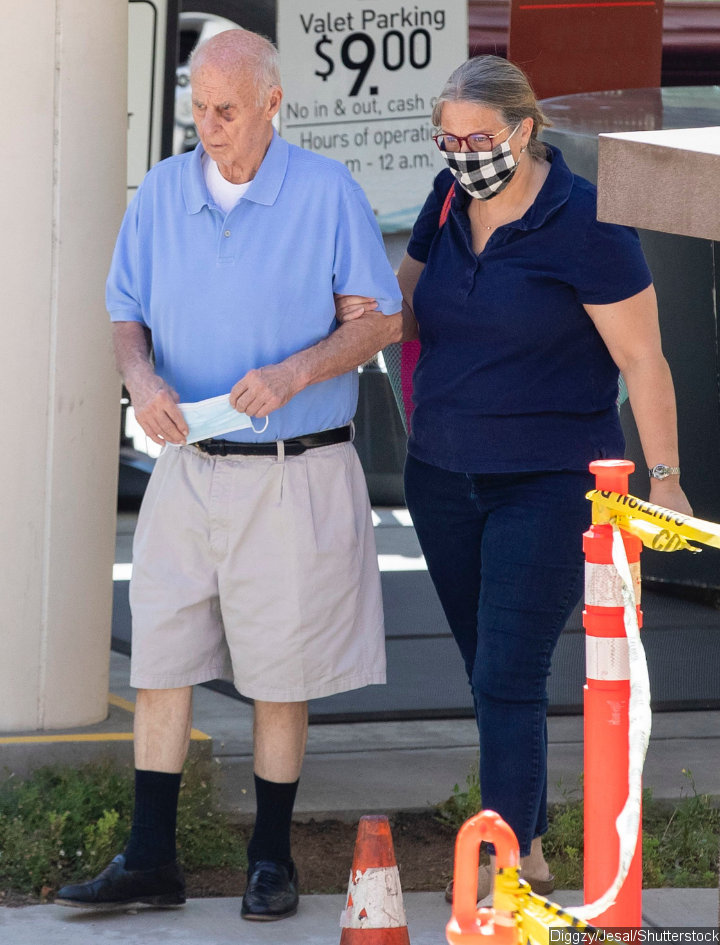 It's unclear how Tom sustained his injury. Meanwhile, Erika first talked about his declining health in the months leading to her filing for divorce in November 2020. At the time, the reality TV star claimed a 2017 car accident that left him unconscious for 12 hours led to myriad issues, including problems with his eyesight.

Back in December 2020, amid investigation of embezzlement allegation against him, Keith Griffin, an attorney at Tom's firm, revealed the high-powered lawyer was secretly hospitalized for a "serious illness" in recent months.

Tom is currently placed in a conservatorship overseen by his brother Robert Girardi. In his petition, Robert described his brother's condition was "sadly deteriorated to the point where he cannot care for himself without assistance."

"His short-term memory is severely compromised and, on information and belief, he is often not oriented as to date, time or place," Robert claimed, adding that Tom's housekeeper of 25 years quit because he can no longer pay her. In March of this year, it was revealed that Tom was diagnosed with Alzheimer's disease.

Erika Jayne Claps Back at Jennifer Lawrence Over 'Evil' Comment