After her ex-boyfriend confirms that they are going separate ways, the former Miss USA posts a quote that urges, 'stop putting an effort into those who show no effort towards you.'

AceShowbiz - Shanna Moakler appears to shade her ex-boyfriend Matthew Rondeau following their split. In a new social media post, the former Miss USA let out a cryptic post that urged people to stop wasting "energy and time" for those who don't deserve it.

On Thursday, July 29, the former "Meet the Barkers" star took to her Instagram Story to share a quote that read, "Stop putting an effort into those who show no effort towards you." The statement continued, "There's only so much you can do before you're wasting your energy and time." 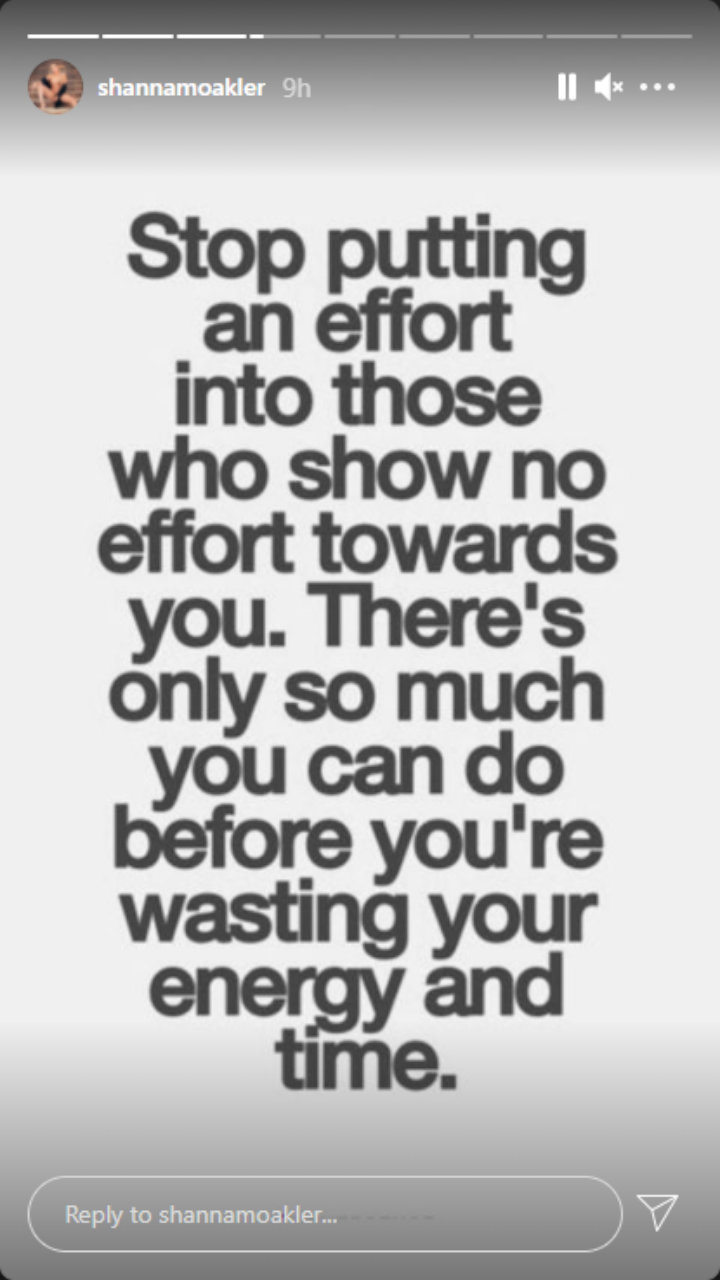 Her post came shortly after Matthew confirmed their split to Life & Style Magazine on the same day. During an interview, her ex-boyfriend told the publication that he broke up with the model a few "months ago" and is now "happier" than he's ever been. The 28-year-old added, "I'm focusing truly on finding myself again as a person emotionally and mentally."

"I hope she finds what she's looking for, but it's not going to be me," Matthew continued sharing his message to his ex. He also told PEOPLE, "I do wish her nothing but the best in all her endeavors."

A source, in turn, claimed that "it's not true [Matthew] broke up with her". Offering more details, the insider said, "She's focused on her own life and happiness, not on Matthew." The so-called inside source further stressed, "She's busy with work and is moving on."

The pair, who began dating in 2020, first sparked split rumors weeks earlier when they unfollowed each other on social media. They also erased all memories of their relationship from their Instagram pages.

In June, however, their relationship seemed to be smooth sailing, as Shanna shared that Matthew was helping her create content for her OnlyFans page. "He's amazing. He and I talked about it a lot, and I told him I wouldn't do it if he didn't support it, and he's been super supportive," the mother of three gushed. "He's actually been helping me edit my content and he's tried to help me with pictures I should use. I'm really thankful to have someone who's supportive."

A month prior, Shanna opened up to PEOPLE that she and Matthew had reached a more stable place in their relationship. She said at the time, "When we were on our break, I think we both realized how much we just missed each other and how much we meant to one another."