The Academy Award-winning actor is photographed shirtless on the set of his upcoming movie in Montreal, Canada, showing his rounder belly while sporting gray, thinning hair.

AceShowbiz - Joaquin Phoenix undoubtedly would go all out for his roles and he has proven it once again with his dedication for his role in "Disappointment Blvd.". As filming is underway, the actor has revealed his major transformation for the Ari Aster-directed pic.

On Tuesday, July 27, the 46-year-old was spotted on the set in Montreal, Canada. In one of the pictures which have circulated online, he was seen shirtless, showing his rounder belly after adding a lot of extra weight. 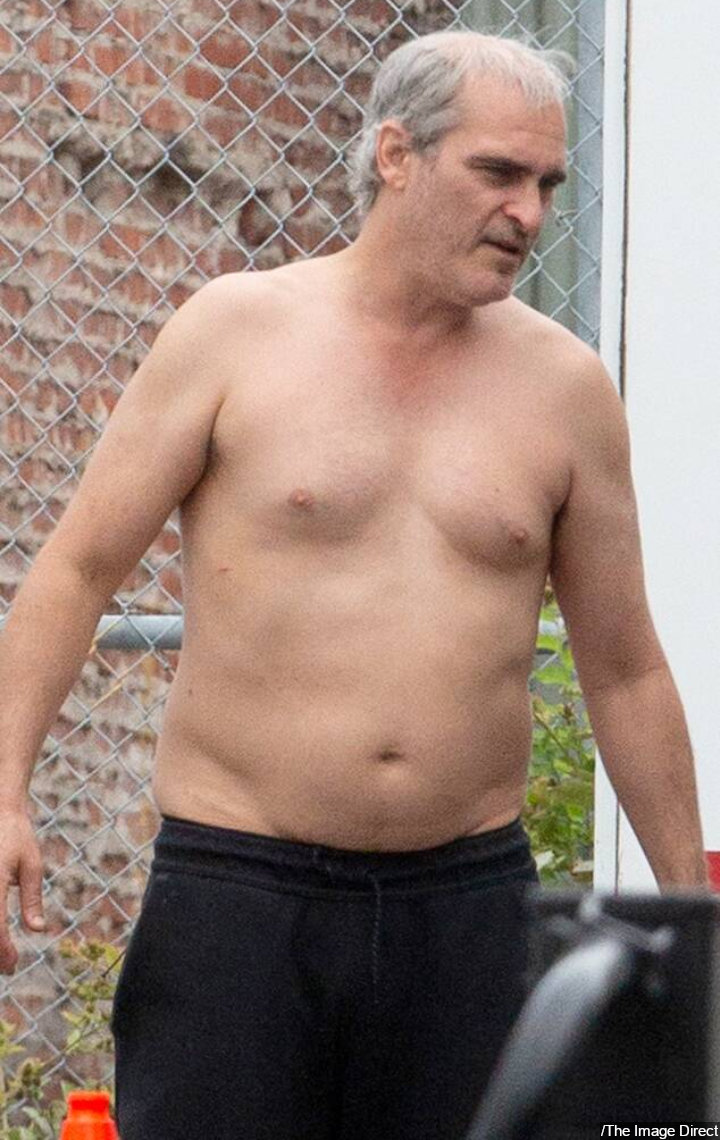 Joaquin Phoenix is spotted on set of 'Disappointment Blvd.'.

Phoenix also looked much older with gray, balding hair while sporting black pants. In another photo, he donned a white long-sleeved shirt teamed with light blue shorts while going barefoot. He seemed to be in good spirits as he was all smiles, while surrounded by crew members who wore face masks.

Also written by Aster and starring Patti Lupone, Amy Ryan, Nathan Lane and Michael Gandolfini among others, "Disappointment Blvd." is described as an intimate, decades-spanning portrait of one of the most successful entrepreneurs of all time. Other details of the horror flick are yet to be known.

Phoenix previously lost over 50 pounds to portray Batman's maniacal villain in 2019's "Joker" as director Todd Phillips thought his character Arthur Fleck should be "real thin." While he lost the weight carefully and under the guidance of a doctor, he admitted that he became obsessed with losing the weight.

"Once you reach the target weight, everything changes," he told the Associated Press. "Like so much of what's difficult is waking up every day and being obsessed over like 0.3 pounds. Right? And you really develop like a disorder. I mean, it's wild."

Fortunately, he felt better physically than expected despite losing weight. "I think the interesting thing for me is what I had expected and anticipated with the weight loss was these feelings of dissatisfaction, hunger, a certain kind of vulnerability and a weakness," he said. "But what I didn't anticipate was this feeling of kind of fluidity that I felt physically."