The 'Flip or Flop' star, who got engaged to the 'Selling Sunset' real estate agent in July 2020, treats his Instagram followers to a picture of the special celebration.

AceShowbiz - Tarek El Moussa is celebrating his second anniversary with Heather Rae Young. Just days after having a verbal altercation with his ex-wife Christina Haack (Christina El Moussa), the "Flip or Flop" star gave fans a look at the special celebration with his fiancee.

On Friday, July 23, the 39-year-old reposted the "Selling Sunset" star's Instagram Story that captured two glasses of champagne. In the accompaniment of the picture, there was a note that read, "2 years" along with one red heart emoji. 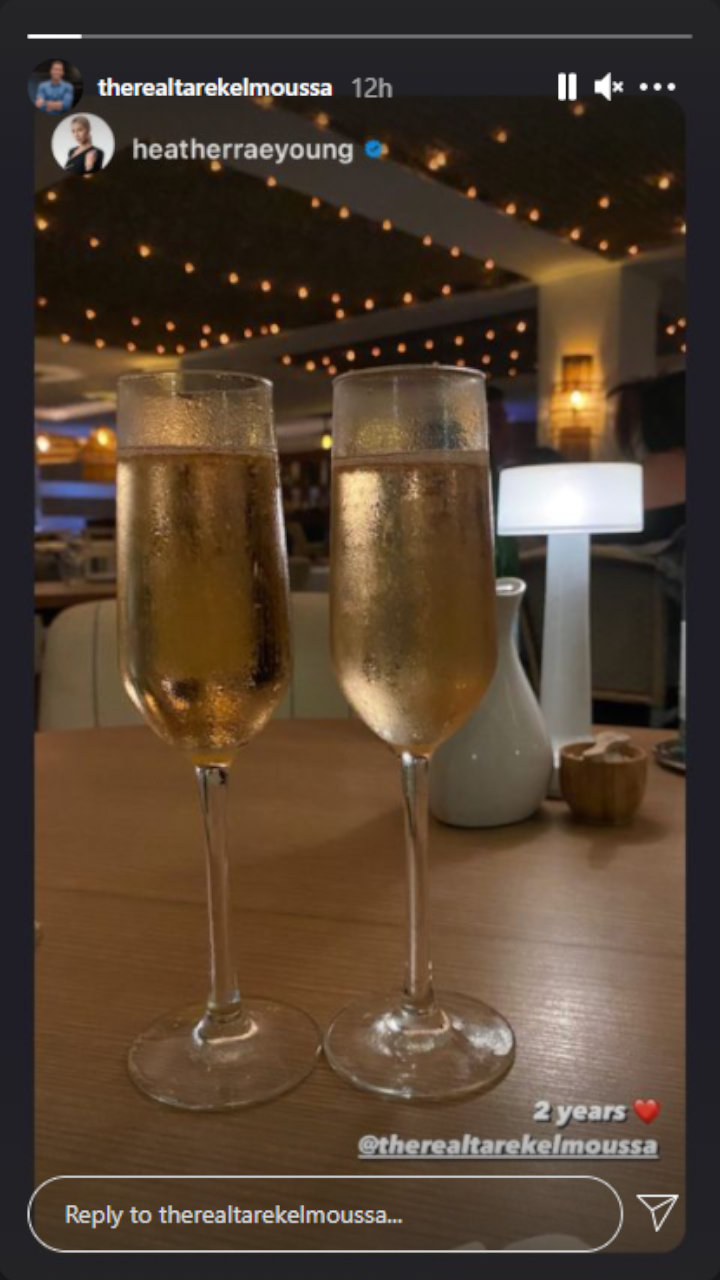 Tarek and Heather first met on July 4, 2019. The lovebirds then got engaged on July 25, 2020 as they celebrated their one-year dating anniversary with a boat trip to Catalina Island.

Just days before celebrating the special moment, Tarek was caught in a verbal dispute with Christina while shooting "Flip or Flop". Some sources told TMZ that the father of two compared his ex-wife to his "hotter" and "richer" fiancee Heather.

On what caused the altercation, a source close to Tarek revealed that he was concerned about the safety of their kids, Taylor Reese and son Brayden James, after Christina admitted to smoking toad venom. He, however, was said to have regretted his rant.

"They did get into a disagreement. Tarek lashed out and he's super remorseful," a source told PEOPLE. "They're exes who share a history and children and ... But outside of coparenting, they're not friends."

Offering more details about the exes' relationship was E! News. "Tarek and Christina do not see eye to eye on anything and have constant tension between them," a source close to Tarek first spilled to the outlet. "They argue over everything and can't stand each other."

"It's uncomfortable for everyone around and it has gotten worse recently. They just don't get along and both have expressed they don't want to continue with the show together," the insider went on. "They prefer to do the show separate, or on their own."