When addressing the news, the former 'Real Housewives of Orange County' star also slams her former co-stars Emily Simpson, Gina Kirschenheiter and Shannon Beador for talking trash about her on social media.

AceShowbiz - Braunwyn Windham-Burke has been caught off guard by the decision of "The Real Housewives of Orange County" producers. Upon learning that they have hired her two friends Dr. Jen Armstrong and Noella Bergener after firing her, the 43-year-old reality star claimed she was surprised by the news.

The mother of seven addressed her replacement via Instagram Story on Tuesday, July 20. "I don't know why my friends were hired and I wasn't," she said in the clip, before ensuring fans that she is now in a good place with her family, "I am off the show, I am on an island. I am taking time for me and my family right now. I'm trying to get through some stuff.... I'm good, I am happy." 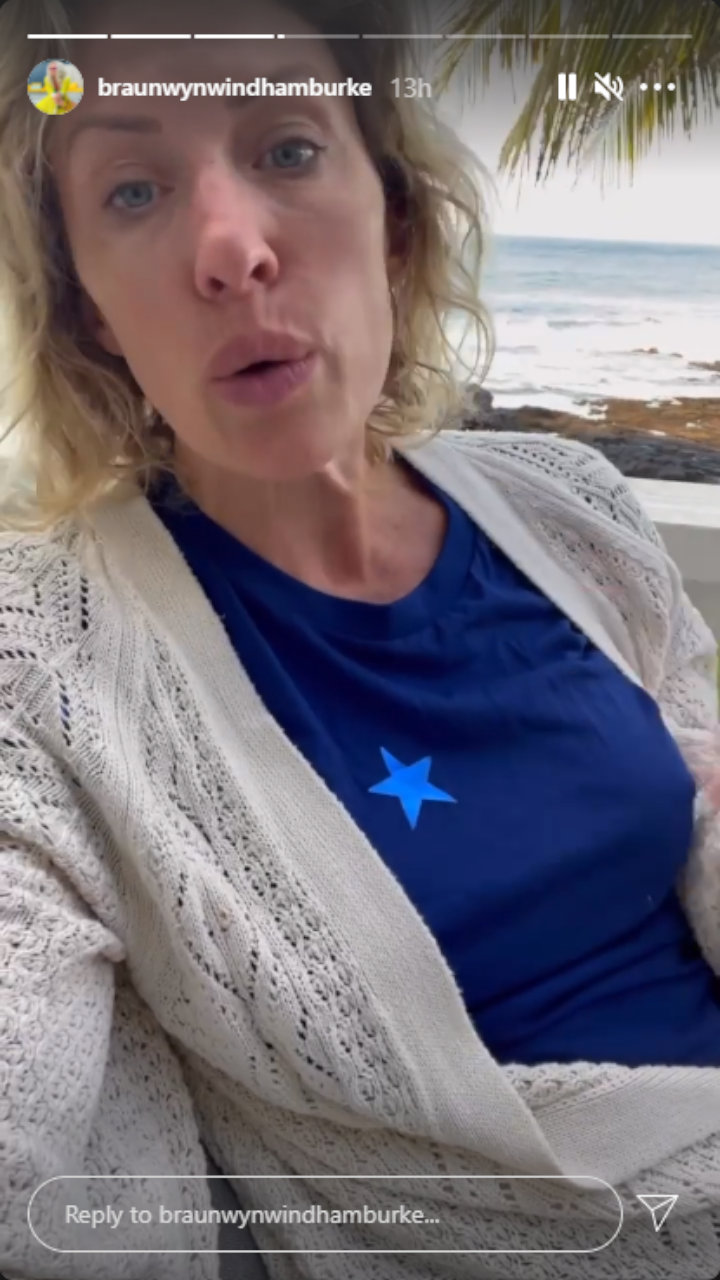 Braunwyn, who claimed that she had been avoiding social media for a bit, also blasted her former co-stars Emily Simpson, Gina Kirschenheiter and Shannon Beador for talking trash about her on social media. "I don't ever post about them, never," she argued. "If you want to post about me to get some headlines I guess whatever. It's not going both ways... You do you, go live your own life."

Braunwyn was fired from "RHOC" along with Kelly Dodd and Elizabeth Lyn Vargas in mid-June. Confirming her exit, Braunwyn told PEOPLE, "I'm incredibly sad to not be able to come back to 'The Real Housewives of Orange County' next year. I loved every moment of being a Housewife, and am so proud of my time on the show - the good, the bad, and the in-between. It feels revolutionary to say, but I was able to get sober and stay sober on reality TV."

"That something for which I will forever be grateful. And I came out, becoming the first gay Housewife in the franchise's history," she added. "What an incredible honor to look back upon, especially during Pride Month."

"I know I may have been too much for some, and that's okay. I am real, and I am happy being me. I'm so grateful to those who have stood by me," she concluded her message. "There is a lot more to my life, and I hope you'll stick with me on this journey as I move forward in my next chapter."