A few hours before commemorating Jolie Dodd's 15th birthday, the former 'The Real Housewives of Orange County' star admits that she 'thought it was over' after her teenage daughter contracted the virus.

AceShowbiz - Kelly Dodd is celebrating her daughter Jolie Dodd's 15th birthday. Just hours after revealing that the teenager has tested positive for COVID-19, the former "The Real Housewives of Orange County" star could be seen enjoying a birthday cake together with her family.

Taking to her Instagram Stories on Monday, June 21, the reality star shared moments when she and her husband Rick Leventhal raved over Jolie's homemade birthday cake. "Look! Jolie made her own birthday cake and it looks so good," the 45-year-old proud mom could be heard speaking behind the camera while showing off the coral pink cake with "15" written on it. "Yummy, I can't wait to take a bite," she added. "And she made cream cheese fillings!" 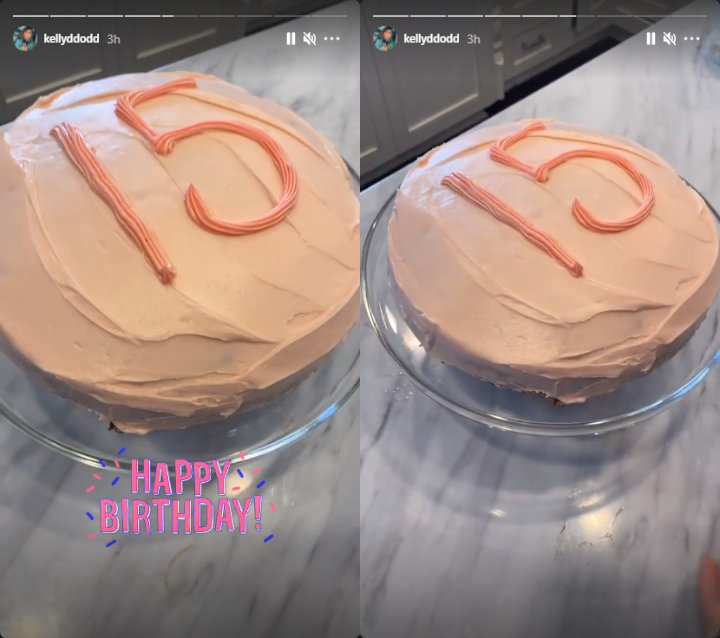 "Can I go like this?" Rick, whom Kelly married in October 2020, chimed in as he tried to taste the cake. In the meantime, Kelly couldn't stop praising Jolie, saying, "Good job you make your own. Happy birthday." The 15-year-old girl, who could be seen busy serving the cake to her parents, replied, "Thank you." Elsewhere in the clip, she confirmed that Jolie's birthday is actually on Thursday, June 24.

A few hours earlier, Kelly revealed that Jolie has contracted the coronavirus. "My daughter has COVID," she confirmed in a Story that saw her teenage daughter sitting at the kitchen island. "I thought it was over," the star added of the deadly pandemic, which is still ongoing and has killed more than 601,000 people in the United States alone, according to data from The New York Times. 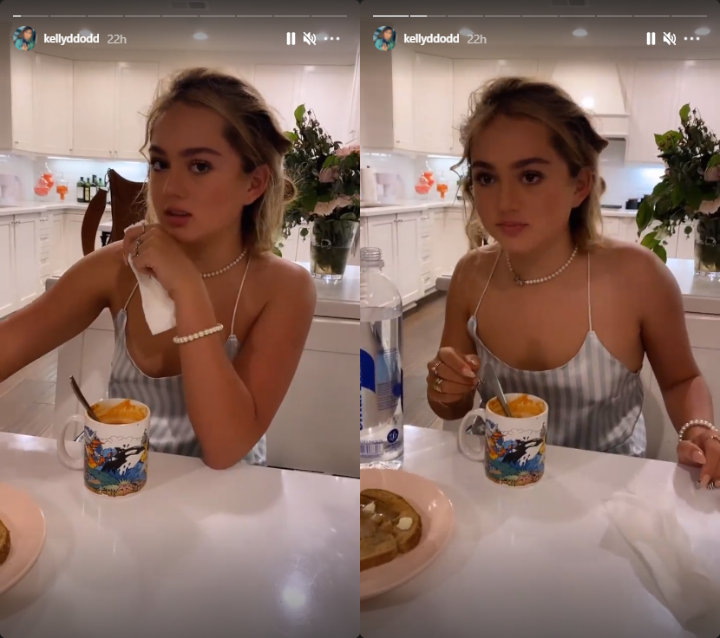 "She's got COVID? How do you feel?" Kelly asked Jolie. "Gross," her daughter responded. As her video continued, the teenager looked annoyed as her mother repeatedly told her how great she looked as she coped with the deadly virus. "You look so pretty… You do! I made you soup, bread. Drink a lot of water. You look great," the former cast member of "RHOC" said.

Kelly herself received a lot of online backlash due to her many outrageous comments on COVID-19. In April 2020, she said that the virus was "God's way of thinning the herd." Before later apologizing for the "insensitive" message, she actually claimed "nobody [was] dying" of the illness in Orange County in May the same year.

In January, Kelly hinted that she was still skeptical about face masks. "Well I hate wearing a mask," she told Andy Cohen in the "RHOC" reunion. "I think everybody's on that with me. I will wear them because I have to but does your pants protect you from a fart? Like is it helping? Are the masks helping? I don't know."

Kelly Dodd Gets Real About Being 'Blindsided' Over 'RHOC' Firing: 'I Had No Idea'