Zoe Kravitz Spotted Hanging Out With Emilio Vitolo Jr. Weeks After His Split From Katie Holmes

The 'Divergent' actress, who filed for divorce from husband Karl Glusman in early January, is seen smiling while chatting with the chef outside his father's restaurant.

AceShowbiz - Is Zoe Kravitz in a romantic relationship with Emilio Vitolo Jr.? The Bonnie Carlson depicter on "Big Little Lies" and the chef were recently caught on camera hanging out together in New York, just a few weeks after he reportedly called it quits with girlfriend Katie Holmes.

On Tuesday evening, May 25, the 32-year-old star and the 33-year-old hunk were spotted leaving his father's restaurant Emilio's Ballato. Some pictures which were published by Daily Mail saw the two smiling ear-to-ear as they were engaged in conversation.

In another snap, Zoe and Emilio were seen typing into their cell phones as if they were exchanging their numbers. For the outing, the daughter of singer Lenny Kravitz and actress Lisa Bonet looked comfortable in a black sweatshirt, rust slacks and a white beaded purse. Her companion, on the other hand, donned a cream polo T-shirt, matching shorts and beige-and-white sneakers. 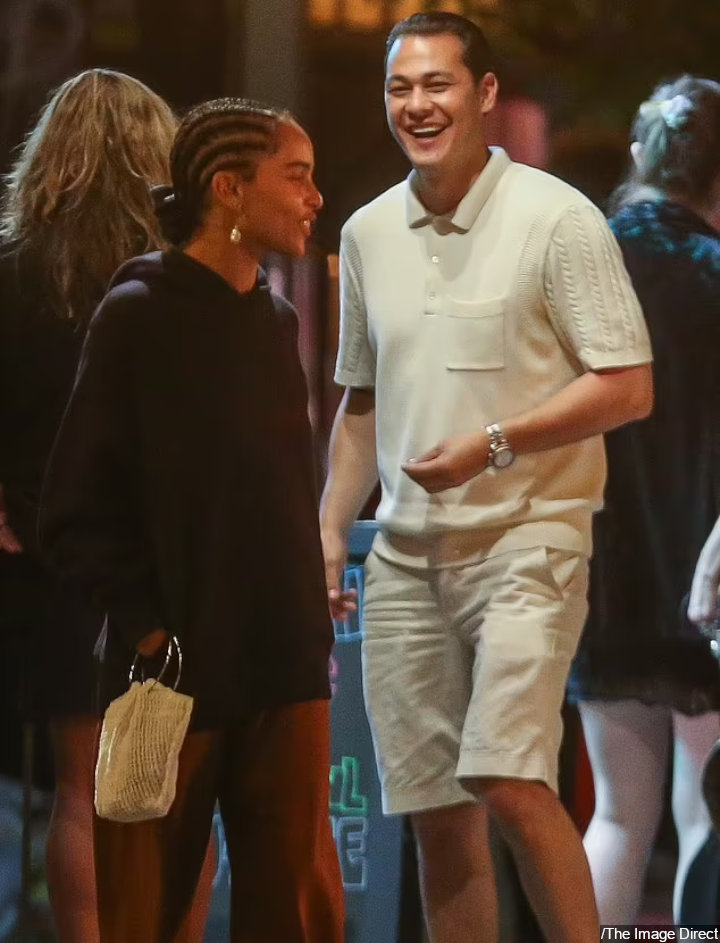 The night out came nearly two weeks after reports about Emilio splitting from Katie made media headlines. "The pair have parted ways amicably but remain friends," a representative of "The Secret: Dare to Dream" actress confirmed to Us Weekly.

A source additionally claimed that there was no bad blood between the former couple. "Their relationship fizzled," the source pointed out. "They figured out they're better off as friends. There's no drama that went down with the breakup and in fact, they're still friends."

As for Zoe, she sparked romance rumors with Taylour Paige in late April after sharing a picture of the two on Instagram. On what triggered the dating speculations, she wrote a cryptic caption that read, "so.... this is a thing. @taylour," to which the "Zola" star replied, "infinite skies."

Zoe previously got married to Karl Glusman in June 2019. However, she filed for divorce from the "Nocturnal Animals" actor in December 2020.

Daisy Ridley Uncovered to Have Over $17 Million in Shareholder Funds