The B2K member blames his elaborate costume that weighed a staggering 60 lbs. for preventing him from performing his signature moves during his performances on the singing contest.

AceShowbiz - Omarion was unable to perform his signature "chest pop" on "The Masked Singer" because of his Yeti costume weighing a staggering 60 lbs.

The R&B star was one of two contestants voted off the U.S. TV talent show on Wednesday night (19May21), and spoke to Billboard after the show about his experience.

Asked how he moved around in the costume, Omarion replied, "It was a challenge. A lot of people don't know that that suit was about 60 extra pounds, so it was a challenge moving. And also, just to keep the character continuity, I didn't want to give myself away by doing too much movement or some of my signature movements, which I couldn't even do because the suit was so big."

"I couldn't do my signature chest pop because it was the Yeti chest! It was a challenge, but it was fun nonetheless."

And while his time on the programme came to an early end, Omarion is thrilled he had the chance to compete on the show because it made him feel validated as a performer.

"As long as I've had an audience, only through mediums like The Masked Singer do you actually get the opportunity to do things that can further your relationship with performing, and I felt like The Masked Singer was going to do that - and it did just that," he grinned. "Being in that suit and hearing the compliments from the judges and them not seeing me, that was dope."

"It was dope to after have been performing for almost 23 years, still be able to be felt. I think that's prolific and something that I needed to remember as a performer and continuing on. That's what people remember - how you made them feel. I'm happy that I was able to be open enough to be able to experience singing other people's songs, I've never done that, (but) I'm glad I did this."

New Kids on the Block star Donnie Wahlberg was the other celebrity unmasked on Wednesday night's show - much to the delight of his real-life wife Jenny McCarthy, who serves as a judge on the programme.

Daniel Raddcliffe's 'Deathly Hallows' Wand and Glasses Up for Auction

'The Masked Singer' Recap: Ken Jeong Walks Off Set After Jack in the Box Is Unmasked 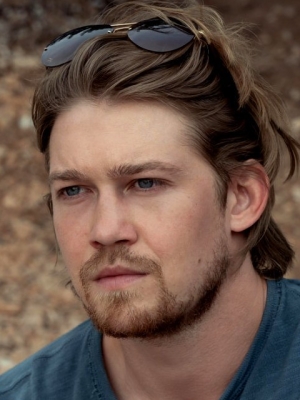