'We're just so excited that it's finally happening,' 30-year-old Adam, who is now officially a husband to the 29-year-old beauty, happily announced on April 16.

AceShowbiz - The long awaited nuptials between one "Bachelor in Paradise" couple are "finally happening." Adam Gottschalk and Raven Gates, who had postponed their wedding for quite some time because of COVID-19 pandemic, were finally able to make their union official with her walking down the aisle on Friday, April 16.

The match from "Paradise" exchanged their vows during an intimate ceremony taking place at The Olana in Dallas, PEOPLE reported. "We're just so excited that it's finally happening. And we're going to have a wonderful future together," Adam excitedly told the outlet.

Raven looked stunning in a princess style Watters gown for the big day. About the wedding, the 29-year-old bride said, "We've been waiting for this day for a long time! I'm so happy to get married to someone I love so much."

Adam went on to say that their romantic nuptials, which were initially set to take place in May 2020, were far from what they had planned in the first place. "We wanted to make sure it was safe for everyone," he explained. "Everything changed from our original plan. But life can throw curve balls. You have to adapt!"

Recalling how he fell in love with Raven the first time he met her in 2017 while filming the reality series, the real estate investor spilled, "I was attracted to her right away. And our relationship really started post-show. We came together and we made it work."

Raven added that they shared the same common value which dimmed their differences. "We're so completely different in every way. He's type A, I'm laid-back. He's a city boy, I'm a Southern girl. But we have common values. And I think our differences have made us better people," the boutique owner stated. 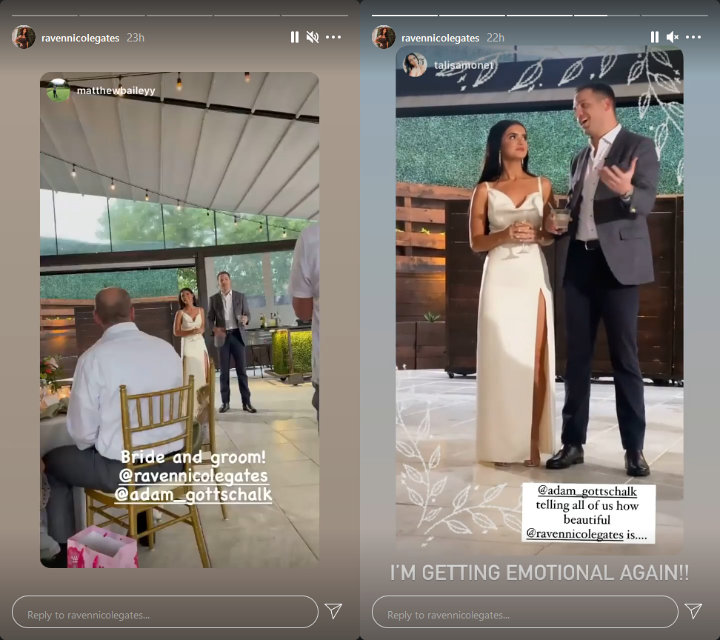 Aside from the PEOPLE interview, Raven offered fans a sneak peek at her big day via Instagram Story. Re-sharing friend Talisa Monet Valencia's Story, she gave a way a boomerang clip of her and her husband during his speech. While Talisa's post noted that the video captured the moment Adam told guests how beautiful Raven is, Raven wrote over the re-post, "I'm getting emotional again!!" 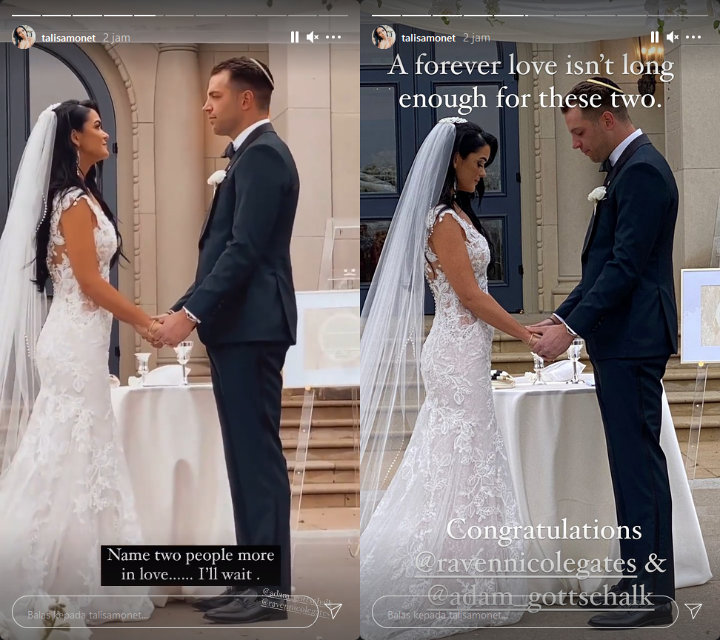 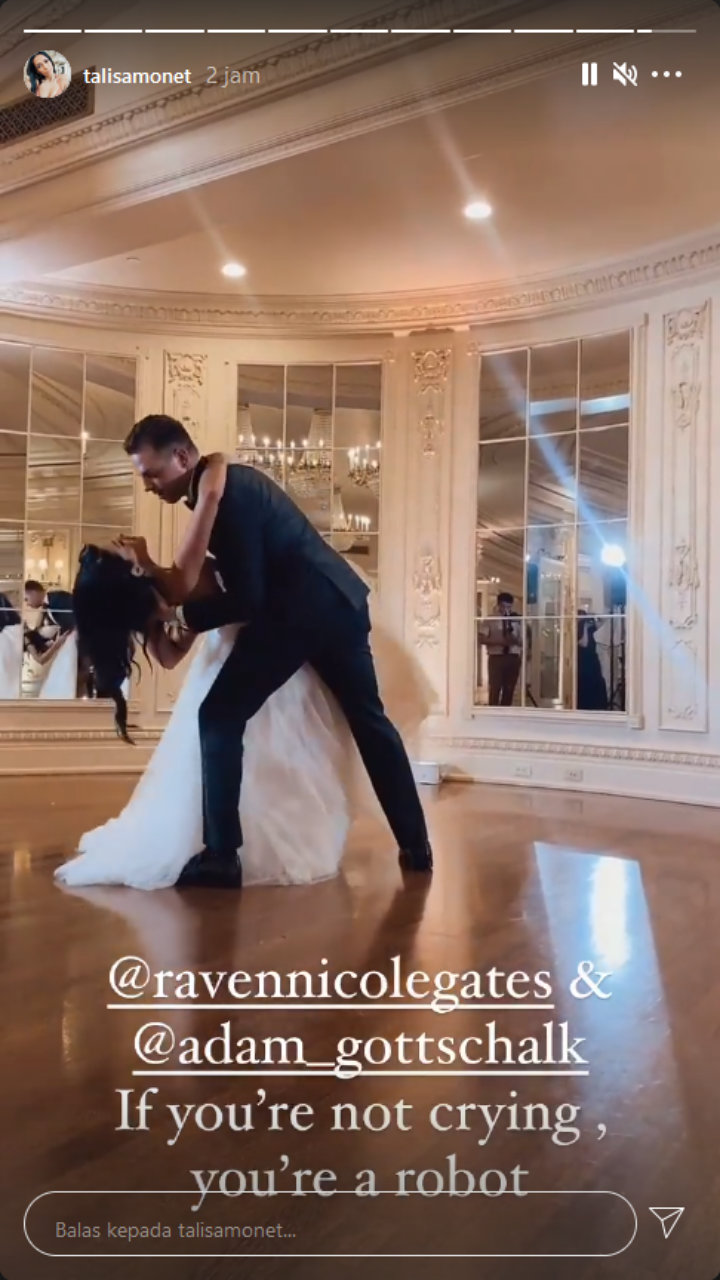 Talisa did not stop with that one clip. Through her Stories, she showed the newly-wed couple exchanging vows and taking their first dance together. Over one clip, she gushed, "A forever love isn't long enough for these two. Congratulation @ravennicolegates and @adam_gottschalk," while over another, she exclaimed, "If you're not crying, you're a robot."