Four months after being speculated to have broken up, the 'Lollipop' hitmaker shares a sweet clip of the plus-size model writing down their names inside a heart on the sand during a beach trip.

AceShowbiz - Lil Wayne has offered an update about his romantic relationship just months after being hit with split rumors. Making use of his social media account, the "Lollipop" hitmaker whipped out a video capturing a romantic moment he shared with his on-and-off girlfriend Denise Bidot.

On Wednesday, April 14, Wayne shared an Instagram Story clip of Denise taken during a beach trip. In it, his plus-size fashion model girlfriend was seen writing their names, "Denise & Dwayne," on the sand before blowing a kiss to the camera. Seemingly teasing a new music, the 38-year-old rapper added a background song in which he spit, "Let's spell our names in the sand and draw a heart around it." 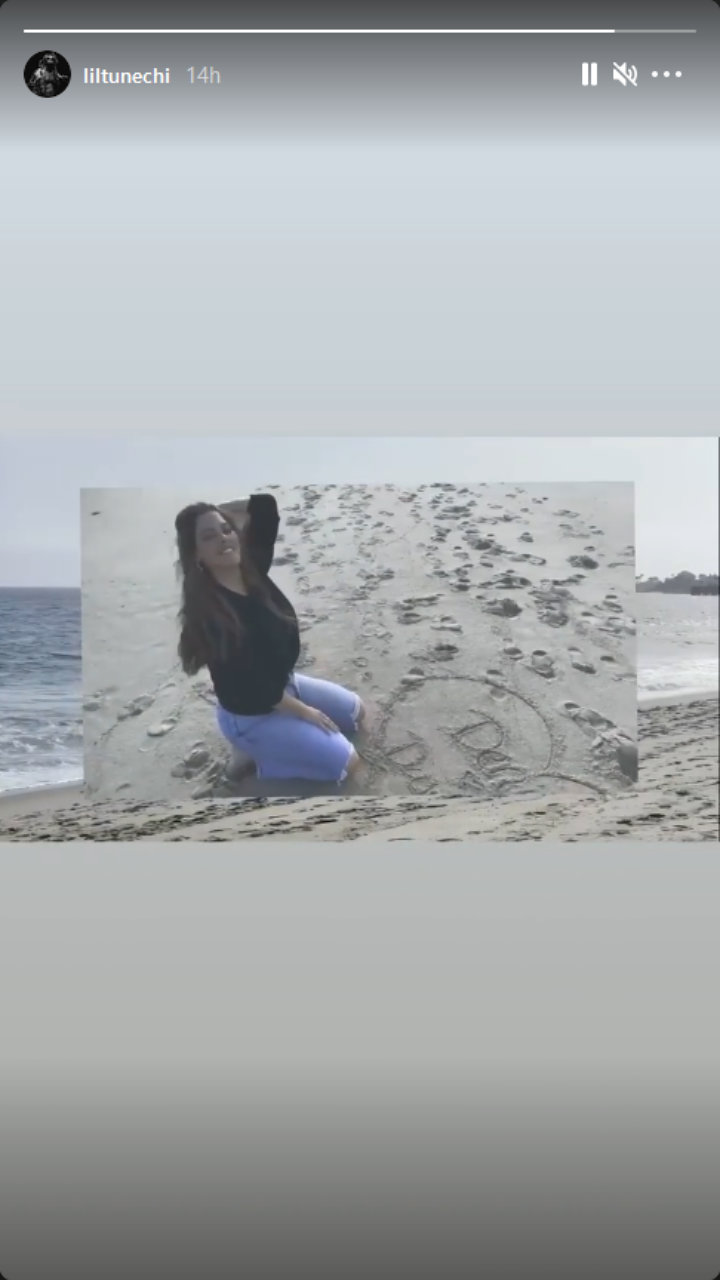 This romantic post came out months after Wayne and Denise were rumored to have called it quits. They were first said to have parted ways in November 2020 after he publicly voiced his support for President Donald Trump. At the time, sources claimed that she was "shocked" upon seeing a photo of the "How to Love" rapper with the now-former POTUS and was "disappointed in him."

Denise went on to unfollow Wayne on Instagram and deactivate her account. Before that, she let out a statement on the photo-sharing platform, "Sometimes love just isn't enough."

Despite the break-up, Wayne and Denise appeared to be happy together on New Year's Eve. At that time, the two were seen having fun together as fireworks went off above them. The "Sucker for Pain" singer and the model were captured on camera wearing bright silver New Year's 2021 glasses and had huge smiles on their faces.

Following a brief reconciliation, the two sparked another split speculations in January. This time, they unfollowed each other on Instagram. On January 5, Denise shared a cryptic Instagram Story message that read, "Pretty disappointing when you defend someone throughout everything and they turn out being just as s**tty as everyone said they were."

The model did not posted anything on her Instagram page since January 22.