Nine months after announcing her split from ex-husband Ruston Kelly, the 'Follow Your Arrow' hitmaker seems to have already moved on with the Nashville-based doctor.

AceShowbiz - Kacey Musgraves has sparked speculations about her love life. Less than a year after she settled her divorce with ex-husband Ruston Kelly, the "Follow Your Arrow" singer seemed to have found love again as she shared a sweet selfie with Dr. Gerald Onuoha.

On Monday, April 12, the 32-year-old made use of Instagram Story to share a snap that saw her cuddling close to her rumored boyfriend. She rocked a brown top and looked effortlessly glam with her slick-straight hair and natural makeup which included fluttery long lashes and pinkish nude lipstick. Her partner in the picture, in the meantime, wore a camo jacket and a backward black hat. 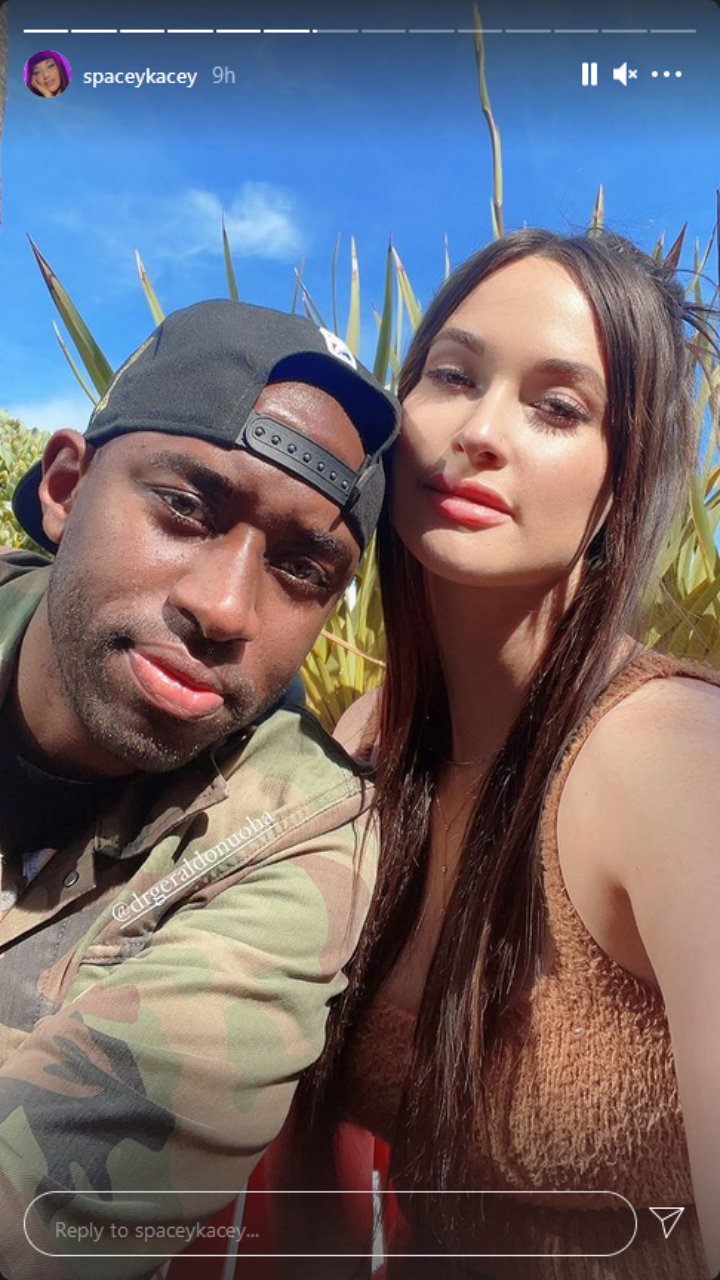 Kacey's Story post came after the two of them were spotted embracing each other while waiting for an Uber in Los Angeles. The photographs obtained by Page Six were taken on Sunday, April 11 and saw the Grammy winner keeping a casual look with a blue-striped tracksuit and bell-bottom pants, while her new man donned a denim jacket over a dark blue shirt.

Gerald is the first person Kacey has been linked romantically to since she settled her divorce with Ruston in September 2020. The "Slow Burn" songstress and her ex-husband announced their split in July 2020 after two years of marriage.

At that time, the former couple said in a joint statement, "It simply just didn't work. Though we are parting ways in marriage, we will remain true friends for the rest of our lives. These kinds of announcements are always met with scrutiny and speculation and we want to stop that before it even starts."

"We've made this painful decision together -- a healthy decision that comes after a very long period of trying the best we can," they stressed. "We hold no blame, anger, or contempt for each other and we ask for privacy and positive wishes for us both as we learn how to navigate through this."