Announcing the happy news via the Royal Family's official Instagram account, the 34-year-old prince shares a photo of him with his Parisian lawyer fiancee Scarlett-Lauren Sirgue.

AceShowbiz - Another royal wedding is lurking around the corner. On Tuesday, April 6, Prince Louis of Luxembourg announced through the Royal Family's official Instagram account his engagement to Parisian lawyer Scarlett-Lauren Sirgue.

"We are very happy to announce the engagement of our son, Prince Louis, to Miss Scarlett-Lauren Sirgue," Grand Duchess Maria Teresa and Grand Duke Henri said in a statement. "Princes Gabriel and Noah join us in surrounding the new couple with all our affection. We wish them immense happiness."

The happy announcement was accompanied by three photographs. In the first pic, Prince Louis and Scarlett-Lauren were seen striking smiles while casually holding hands. The newly-engaged couple opted to go with relaxed brown knitwear as the 29-year-old lawyer showed off her gold engagement ring.

The second photo was a little more formal. In it, the couple posed with Prince Louis' parents, Henri and Maria Teresa. Prince Louis donned a smart suit jacket and pastel blue-colored shirt, while Scarlett-Lauren looked pretty in pale blue top and trousers. The third photo, in the meantime, displayed the lovebirds smiling widely while standing side-by-side. Wedding date has yet to be set.

The engagement news has since reached Prince Louis' ex-wife Tessy Antony de Nassau, who turned to Instagram Story to congratulate the couple. "Finally its out too. Gabe, Noah, Frank, and I are so happy for you both and wish you only the best and much happiness [love emoji]," Tessy wrote alongside a picture of the newly-engaged pair. 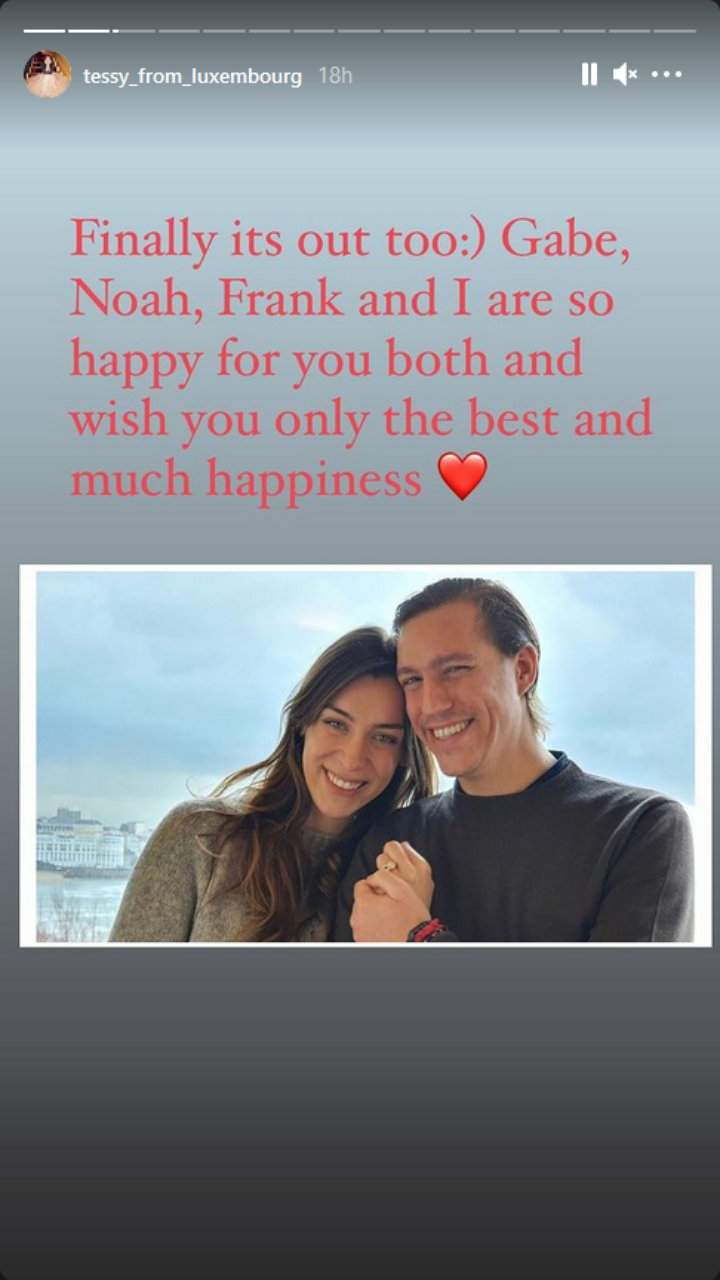 Prince Louis and his ex-wife, Tessy, called it quits in 2017. Their divorced was finalized in 2019. They wed on September 29, 2006, and share two sons together, 14-year-old Prince Gabriel of Nassau and 12-year-old Prince Noah of Nassau.

Tessa has remarried to financier and CEO Frank Floessel. The pair are now expecting their child together. On February 24, Tessa offered a look at her blossoming baby bump as she snuggled up with Frank. Along with the picture, she wrote in the post, "Spring is the perfect time for delicate flowers to grow."