The 'Empire' star is urging her 17.1 million followers on social media to keep K-Ball, the French bulldog she got around Christmas 2017, in their thoughts as he fights for his life.

AceShowbiz - Actress Taraji P. Henson has asked fans to pray for her beloved French bulldog as he fights for his life following surgery complications.

The "Empire" star took to Instagram on Saturday, March 27 to share the sad news with fans, revealing her pet pooch, named K-Ball, isn't doing well, although she has yet to share details about the operation he recently underwent, or the health issues he has since encountered.

Alongside a snap of K-Ball looking glum with a tube up his nose, she wrote on her Instagram Story timeline, "Mommy and team are praying Lil champ!!!! Keep fighting baby @kballhenson." 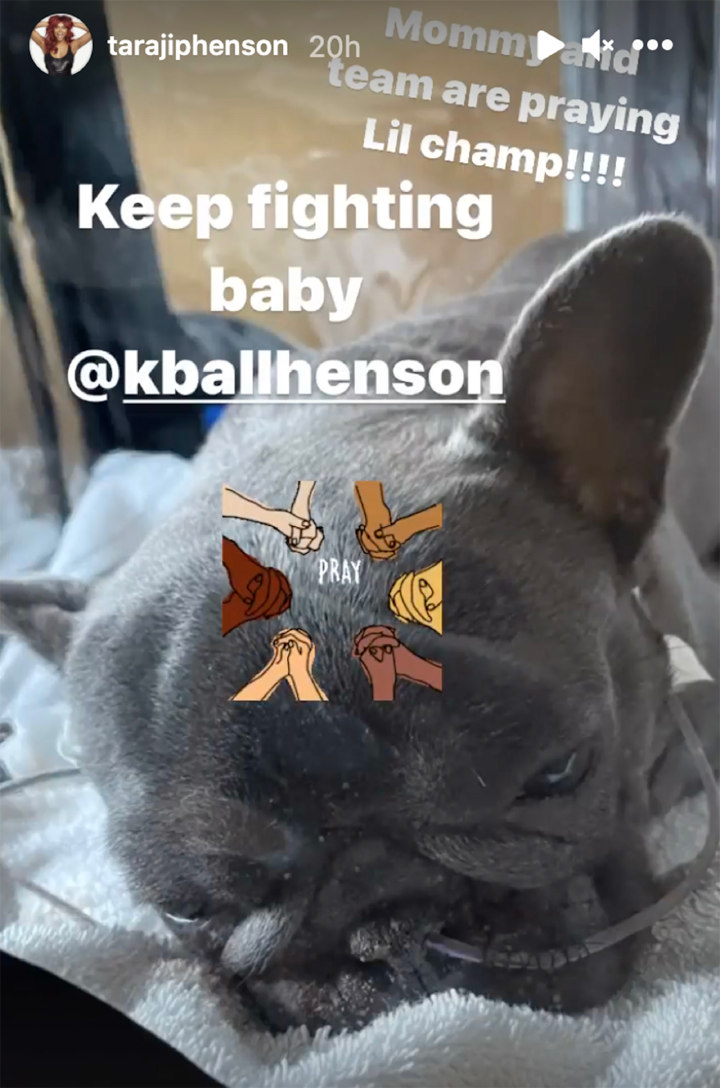 Taraji P. Henson revealed that her beloved French bulldog is fighting for his life.
See also...

Taraji also urged her 17.1 million followers to keep K-Ball in their thoughts. "I NEED ALL PRAYER SOLDIERS TO PRAY FOR MY BABY @kballhenson," she begged on her profile page.

"He is having some complications after his surgery. He is fighting and I am loosing my mind. PLEASE KEEP FIGHTING @kballhenson MOMMY NEEDS YOU [sic]!!!!!!!"

Since then, Taraji was flooded with words of encouragement from fellow celebrities. "How to Get Away with Murder" star Viola Davis wrote in the comment section, "I am praying NOW!! Every part of my heart is with you." Former "The Talk" co-host Holly Robinson Peete replied, "Omggggg Prayers UP." Additionally, "Mad Men" actress January Jones chimed in, "Oh noooo!! So sorry! Prayers."

K-Ball has been a constant presence by Taraji's side since she got him as a puppy around Christmas in 2017. He even boasts his own Instagram page, where she has documented his doggy adventures.

Taraji P. Henson Is 'a Wreck' After She's Forced to Put Down Her Dog Following Surgery Complications

Taraji P. Henson Spills Why She Was Unable to Tell Son His Father Was Murdered