Sharing with the world that he has finally become a first time father, the former star of 'Malcolm in the Middle' star uploads a short social media video of him cradling his baby boy.

AceShowbiz - New father Frankie Muniz is showering his wife with praises. Sharing his joy in welcoming his first child, the former star of "Malcolm in the Middle" star took to social media to declare that he loves Paige Price more than ever after she gave birth to their baby boy.

Making use of Instagram Story, the 35-year-old shared a short clip of him cradling his newborn. Over the clip, he wrote a note that read, "I love my baby so much. And I love my wife more than ever." He also added a GIF sticker with "Super Papa" on it. 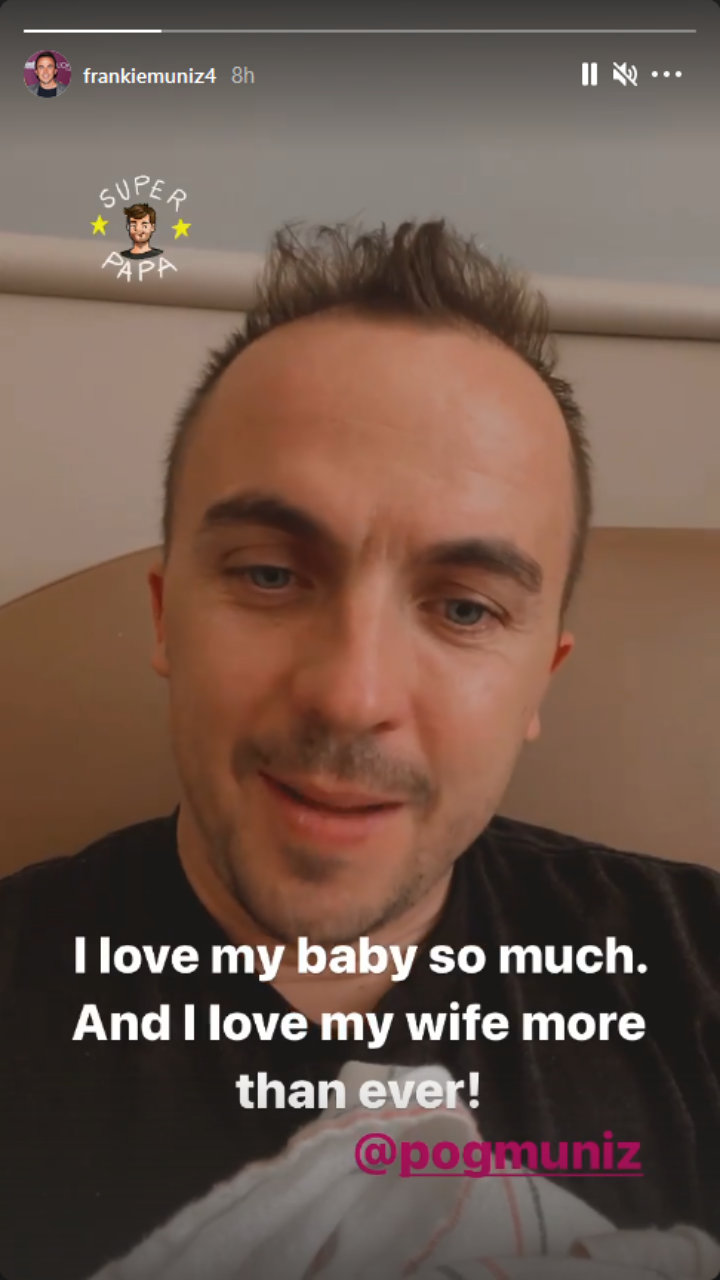 Frankie Muniz shared that he and his wife welcomed their first child on Wednesday, March 24.

The video itself saw the "Dancing with the Stars" alum proudly announcing his new title. "I'm a dad, guys," he said to the camera. Though he did not reveal his son's face or name, he continued, "I love him so much," before gushing over his wife, "I love my wife so much."

Frankie and Paige tied the knot in February 2020. Seven months after their wedding, they revealed on their YouTube Channel that they were expecting a baby. In the video, Frankie noted, "We felt like we were living and experiencing a real-life miracle for the first time. The second I heard that heartbeat, reality set in." He continued, "I was throwing out baby names and future career choices."

When the baby announcement video went public, Paige was already pregnant for 15 weeks. Elsewhere in the video, Paige opened up about the "struggle" to get pregnant. She even said that going to every doctor's appointment made her "feel less and less like a woman."

One month after going public with his wife's pregnancy, Frankie revealed the gender of his then-unborn baby. Posting a photo wherein he and his wife were surrounded by family and friends as they stood in front of gold balloons that read "BABY BOY," he wrote in the caption, "Coming March 2021!! [love]."

Days before Paige gave birth to his baby boy, Frankie praised Paige through an Instagram post. "I'm so lucky that my son is going to have the best mom in the history of moms. Any day now…," wrote the "Agent Cody Banks" star along with photos of him caressing his wife's baby bump.