The 71st edition of the festival ran as an industry-focused, online-only edition from 1-5 March (21), the Competition and Encounters prizes were revealed via a video presentation by the juries, hosted by artistic director Carlo Chatrian.

The social satire, directed by Radu Jude, was shot in Romania during the summer of 2020 amid the pandemic, and stars Katia Pascariu as a school teacher who finds her career and reputation on the line after a personal sex tape is leaked onto the Internet.

This year, the Berlinale awarded its first ever gender-neutral acting awards, replacing the best actor and actress prizes.

Other winners included; South Korea's Hong Sangsoo, who best screenplay for Introduction, and Yibran Asuad for editing "A Cop Movie", directed by Mexico's Alonso Ruizpalacios, which will soon screen on Netflix.

The Berlinale is planning to hold a physical awards ceremony to hand out the honours during its Summer Special event, set to run 9-20 June 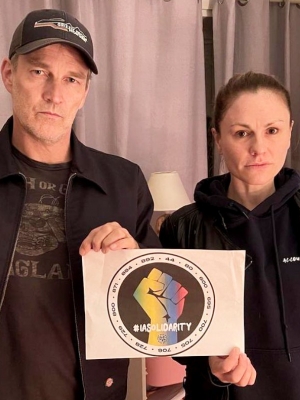