While the Blink-182 drummer makes public her sweet message, the 'Keeping Up with the Kardashians' star takes to her own social media page to support his latest song with Trippie Redd, 'Female Shark'.

AceShowbiz - Travis Barker is not hiding his bliss of being Kourtney Kardashian's boyfriend. Less than a week after going public about his romantic relationship with the "Keeping Up with the Kardashians" star, the Blink-182 drummer proudly showed off a handwritten love note from her on social media. 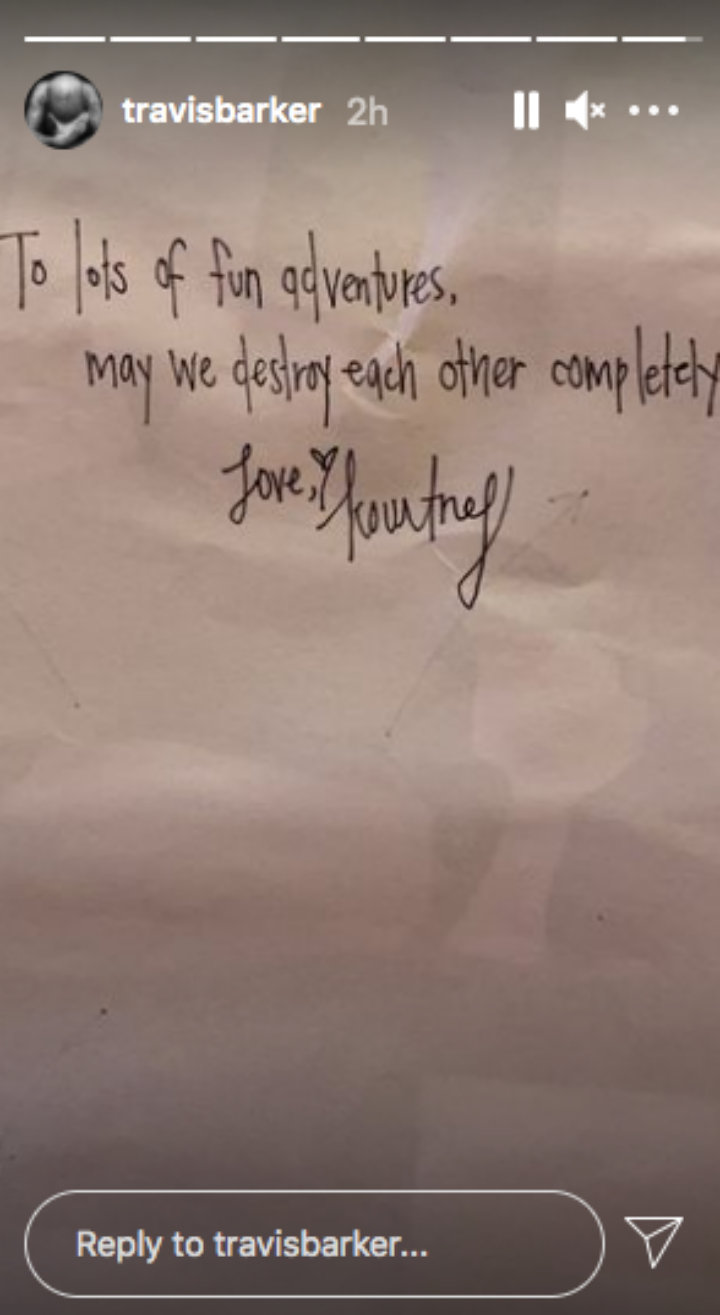 Travis Barker showed off a romantic letter from Kourtney Kardashian.

Travis Barker tweeted the similar note a few days prior.

Aside from the letter, Travis received extra support from Kourtney for his latest song with Trippie Redd, titled "Female Shark". Taking to her own Instagram Story, the reality star posted a screenshot of the track, adding a black heart and fire emoji over it. 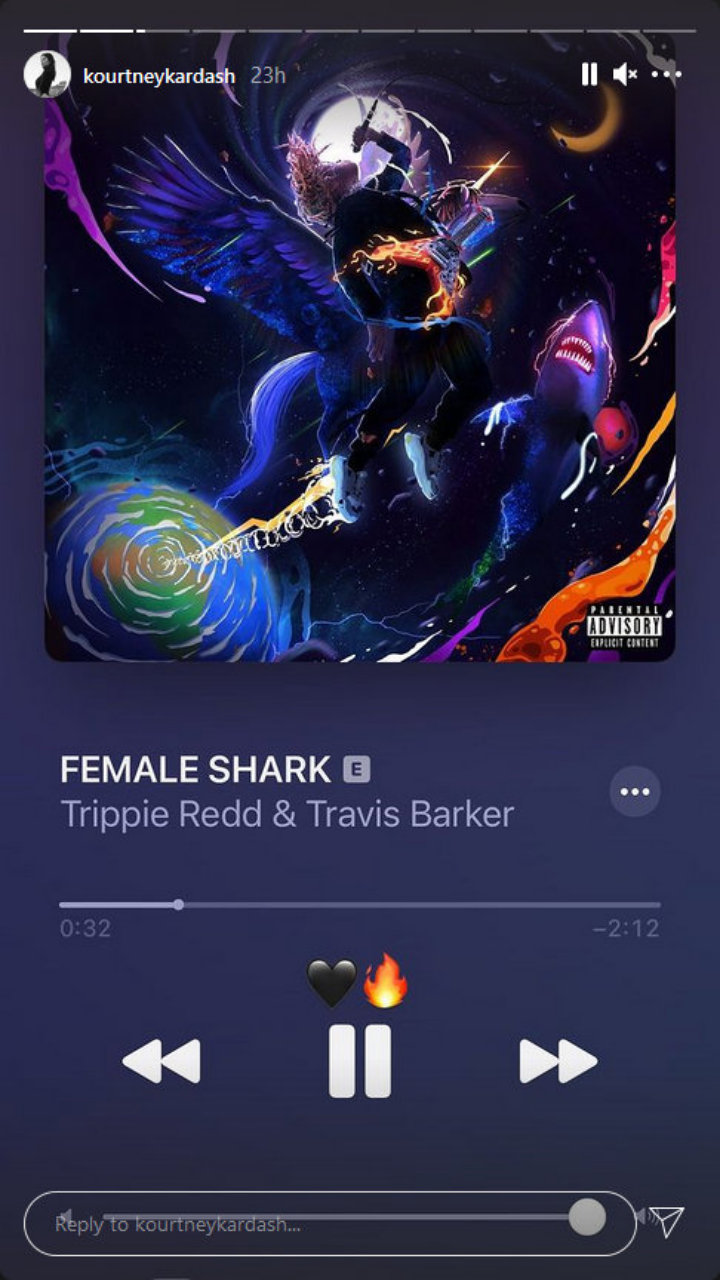 Travis and Kourtney went Instagram official with their romance on Tuesday, February 16. The 41-year-old TV personality posted a picture of them holding hands on her feed. Her beau later reposted the snap on his Instagram Story. Prior to that, the new couple teased on their Valentine's Day celebration using their Instagram Stories. They hinted on their togetherness by posting the same fireplace photo.

The older sister of Kim Kardashian additionally shared a handwritten poem that read, "Roses are red/ Violets are blue/ Garlic Bread/ Blink-182." The father of two, meanwhile, gave away a snap of a woman's leg adorned with a diamond ankle bracelet. Many believed the leg belonged to his new flame.

Kourtney and Travis were linked romantically to each other in mid-January after the musician was seen leaving comments on several of the Poosh founder's Instagram posts. They added more fuel to their romance rumors when they posted pictures of poolside views, which were believed to be taken at her mom Kris Jenner's home in Palm Springs, California, a few days later.

Before dating Travis, Kourtney was in an on-and-off relationship with Scott Disick, whom she shares three children with. Meanwhile, Travis was married to Shanna Moakler and are parents to daughter Alabama and son Landon.