While many have been left impressed by the 'Blinding Lights' hitmaker's showpiece at the annual big game day, Maria Shriver and dancer Alan Bersten offer opposite reactions.

AceShowbiz - Keith Urban, Drake and Sophie Turner were among the stars to heap praise on The Weeknd following his Super Bowl Halftime Show.

The 30-year-old star - whose real name is Abel Tesfaye - shunned special guests for performance midway through the showpiece NFL final between the Tampa Bay Buccaneers and the Kansas City Chiefs in Tampa, Florida on Sunday, February 7, but his set was still a huge hit with his famous fans.

Country singer Keith tweeted, "DAAAAAAAAAAAAMN @theweeknd !!! loooooved the entire field being THE STAGE !" while Drake took to Instagram to describe the show as a "big moment for the city". 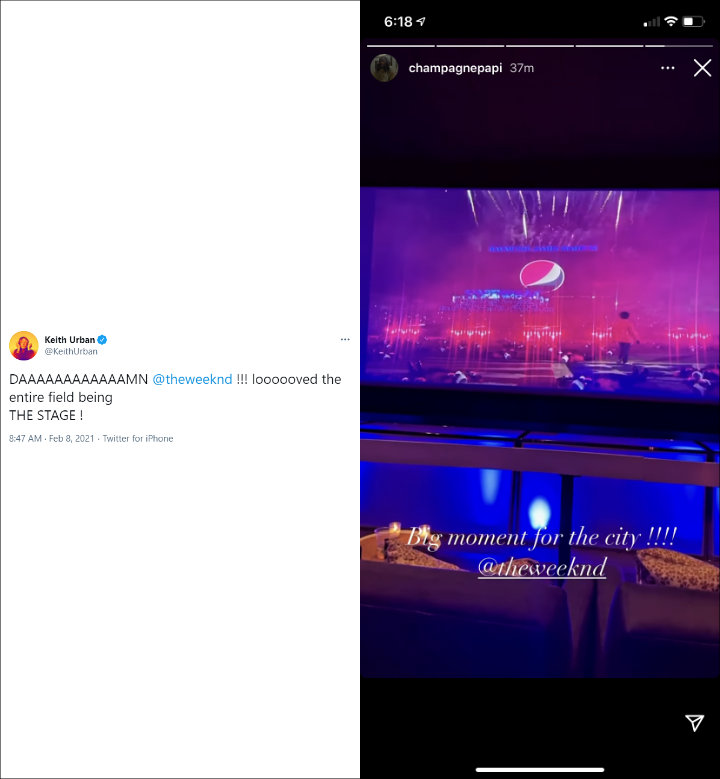 Meanwhile, Timothee Chalamet shared a clip of the performance and could be heard shouting "Legend! Legend!" over it.

And music legend Dionne Warwick was impressed by the staging of the show.

She tweeted, "Well done @theweeknd. Loved the set and pyros. You looked and sounded great! A Big Hug and Loud Applause!! #SuperBowl (sic)"

Backstreet Boys singer Nick Carter took to Instagram to thank the "Starboy" singer for his show, while Olivia Munn and Vanessa Carlton admitted the eight-track performance had made them excited for the lifting of coronavirus restrictions.

However, not everyone was impressed by the spectacle. 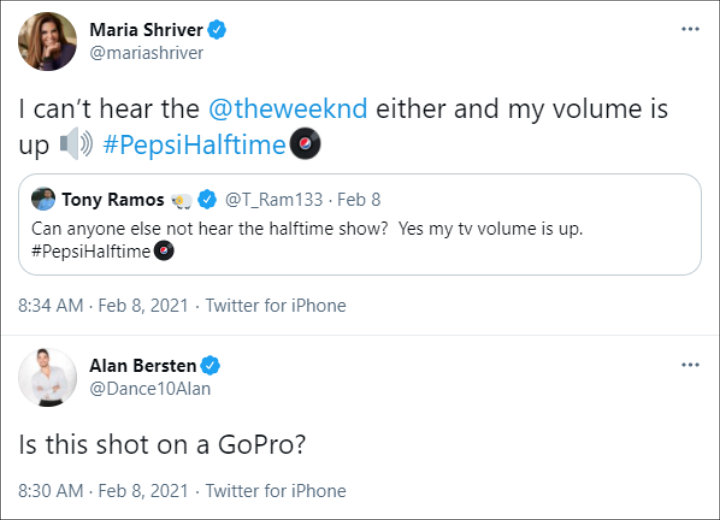 Maria Shriver complained, "I can't hear the @theweeknd either and my volume is up #PepsiHalftime", while dancer Alan Bersten asked on Twitter, "Is this shot on a GoPro?"