The 'Bodak Yellow' hitmaker apologizes to her fans as they allegedly struggle to find the song on iTunes, claiming someone 'dropped the ball' which led to the glitch.

AceShowbiz - Cardi B apologized to her fans on Instagram. Shortly after her new single "Up" and music video came out, she uploaded an apologetic video, claiming there's an issue with the release because someone "dropped the ball." She wrote in the caption, "I'm sorry if you having problems finding the song iTunes."

"I'm really grateful for the music video, it's turning out amazing," the femcee said. "I'm really upset right now. The Devil has been working really f**king hard, let me tell you. Because, I know people are having troubles finding the song on iTunes. I don't even think the music video is up on iTunes yet."

"I don't know who dropped the ball and gave in or didn't gave in or whatever to iTunes, but I've been working. I've been calling people on the label all night. I don't know," she continued. "Make sure you check it out on all streaming services. I think the song was turned in late to avoid leaks and stuff. "

It's not the only hiccup with Cardi's new music, which she claimed was inspired by the Chicago Music Drill. The song release was also marred by plagiarism accusations.

Cardi was accused of ripping off New Jersey rap duo Mir Fontane and Mir Pesos over similarities between the hooks on her song and theirs. "@iamcardib we want my money," the duo wrote on Twitter.

She denied the allegations, "F**k the drama. RUN THE NUMBERS UP!!!" She then uploaded a video from her Instagram Live session where she previewed the song on August 7, a month before the duo released their music video.

Fontane was quick to respond. He noted that, while their music video premiered in September, they previewed their song a month prior and "recorded it even earlier than that, Respectfully." He also showed the video where they played a snippet of their song.

Cardi, however, insisted, "Naaa im the type of person that avoids problems & court days. If i get inspired by a song I wouldn't mind giving a percentage or couple of thousand but I never Hurd if this man." She added, "I'm glad while I was recording this song in August I was playing wit the hook on this live."

She also pointed out that she's not the producer so if someone had issues with a beat, she suggested the person "take it up" with the producer.

Artist of the Week: DJ Tiesto 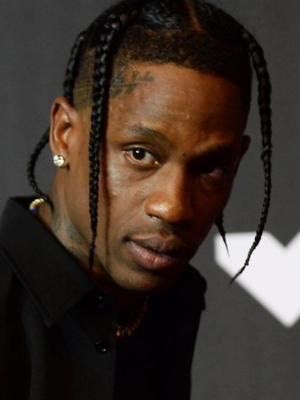