Seemingly happy with the result, the 26-year-old 'Way Life Goes' spitter also takes to Instagram to post a video of him flaunting the $24 million bling on his face.

AceShowbiz - Lil Uzi Vert made headlines after it was revealed that he surgically implanted a 11 carat diamond on his forehead. Many speculated that he wanted to look like Marvel's character Vision and Sauce Walka even claimed that Uzi copied him. Now, "The Way Life Goes" spitter took to his Twitter account to unveil the real inspiration behind his move.

Leaving the caption empty, Uzi shared on Wednesday, February 3 a screenshot of Lil B sporting a jeweled bindi on his forehead from the "Tiny Pants Bitch" music video. Lil B's alter-ego The Based God caught wind of the shout out and responded, "FAMILY XOXXOXO - Lil B."

Seemingly happy with the result, Uzi later took to Instagram to post a video of him flaunting the $24 million bling on his face. "Beauty is pain," so he simply wrote in the caption. 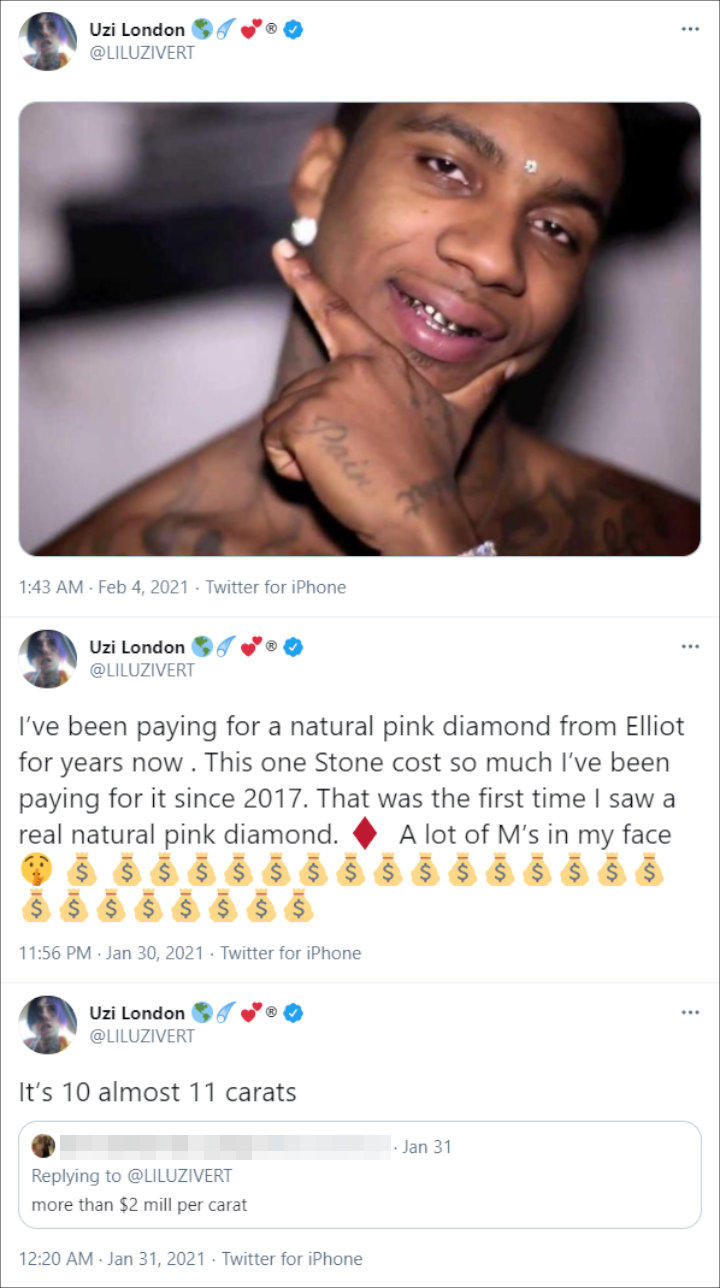 He went on saying, "d**k munching my style for 4-5 years lol yal still can't see this s**t¸ #DRIPGOD IS MY NAME #TooMuchSauce lol S/o @liluzivert I KNO IM THE INFLUENCE & YOUR THE INSPIRATION."

Nick Cannon Tests Positive for COVID-19, Niecy Nash Is Tapped to Fill in on 'The Masked Singer'