The former NBA star is celebrating turning 39 with a cheeky picture posted on Instagram featuring him posing in the nude behind his wife, who is clad in a bathrobe.

AceShowbiz - Dwyane Wade has spiced up his birthday. Marking one of his early moments after turning 39, the former professional basketball player has shared a steamy snap of him going naked behind her clothed wife Gabrielle Union.

"Birthday behavior!! 39 is already looking up," the 13-time NBA All-Star cheekily captioned the snap, which features him appearing to be totally nude, while his wife was clad in a bathrobe. The former "America's Got Talent" judge stood strategically to cover his modesty as she flashed a smile and took the selfie, while her husband showed a stoic expression on his face.

While the image is a sign that things have been going well between couple, some found it too much for their eyes, including Dwyane's son Zaire Wade who is following his father's account. Grossed out by his father's sexy photo, the 18-year-old wrote in the comment, "This isn't what i wanted to wake up to," with a face vomiting emoji.

Dwyane's daughter Zaya was equally shocked by what she saw on her father's feed, telling him, "Ayooooo chill, I just got on." Instagram star and sports analyst Famouslos32 joked, "Almost unfollowed u... Freaky a** mf ! Happy birthday G."

Some others appeared to appreciate Dwyane's sense of humor, with Detroit Pistons baller Delon Wright dubbing it "TMI," before adding a bunch of laughing emojis. Another enthused, "Ahhhhhhhh u actin up." 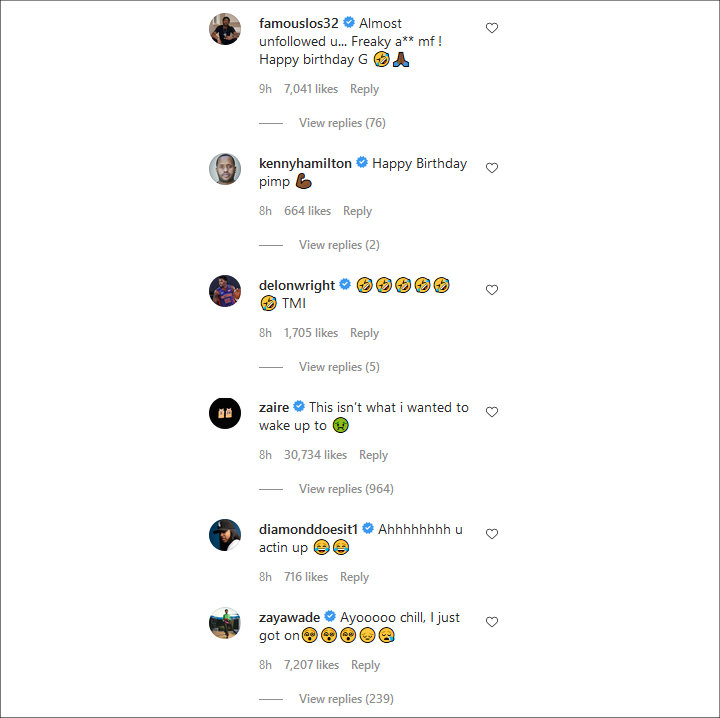 Dwyane Wade's children and followers reacted to his cheeky snap.

Dwyane celebrated his birthday on Sunday, January 17. His wife Gabrielle gave him a sweet birthday shout-out on Instagram with a video featuring their moments together. "Happy Birthday baby. You make every day beautiful and fun and the way you protect our peace makes me swoon. I love loving you," she captioned it.

Gabrielle's loving tribute reduced Dwyane to tears as he replied underneath, "Wow! I just cried. This was beautiful. I love loving you." 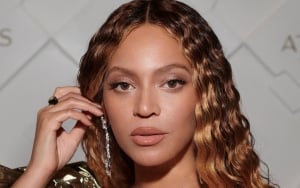