The 'Keeping Up with the Kardashians' star shares with fans a never-before-seen picture of her daughter Stormi Webster, whom she shares with Travis Scott, as she joins on a new Instagram Story trend.

AceShowbiz - Kylie Jenner threw back things in her new Instagram post. On Sunday, December 27, the "Keeping Up with the Kardashians" star took to the photo-sharing site to share with fans a never-before-seen picture of her daughter Stormi Webster as she joined on a new Instagram Story trend.

She asked her fans to make some photo requests and among the requests were a picture of Kylie's coolest pair of shoes, her favorite picture with mom Kris Jenner as well as a photo that she took with her childhood best friend. One that fans found the most adorable, however, was the one that Kylie shared in response to a fan's request of an "unseen pic of baby Stormi."

The 23-year-old then treated her followers to a sweet picture of her daughter Stormi, whom she shares with rapper Travis Scott (II), when she was just one week old. The baby, who is now 2 years old, was seen fast asleep in bed while bundled up in a white blanket. 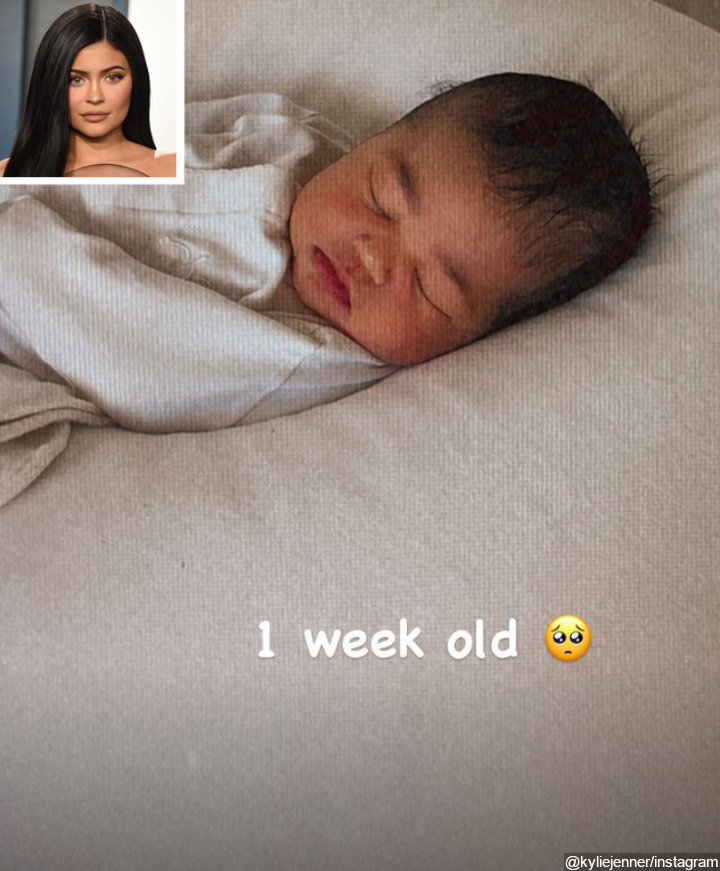 Kylie Jenner shared a throw back picture of daughter Stormi.

That wasn't the only picture that featured her daughter. When asked to post a "picture from a beautiful memory that you never forget," the social media personality posted a photo of her and Stormi in the middle of the desert back. "Bringing Stormi back to the same exact spot we shot that 'to our daughter' clip," she captioned the snap, referring to the video that she shared back in February 2018. 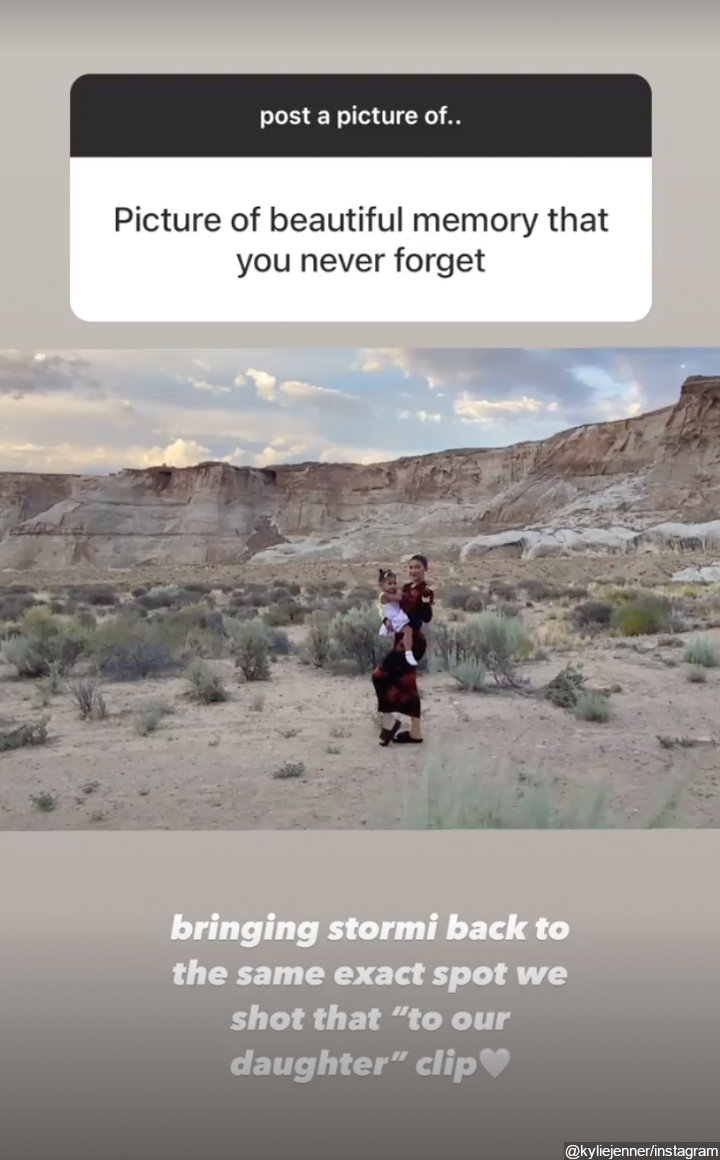 Kylie shared another picture of herself and her daughter.

As for "most recent photo of stomaloo," Kylie shared a picture of Stormi in a scooter. She also posted a picture of Travis holding Stormi who was leaning on her dad's chest after seemingly crying. 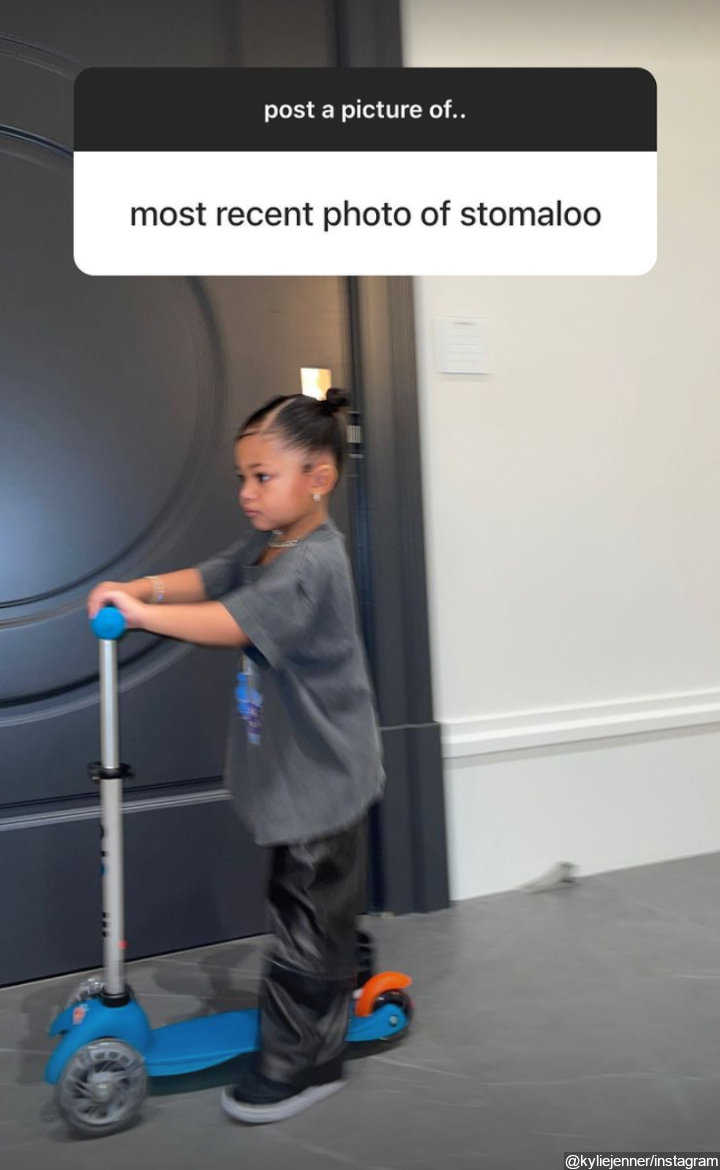 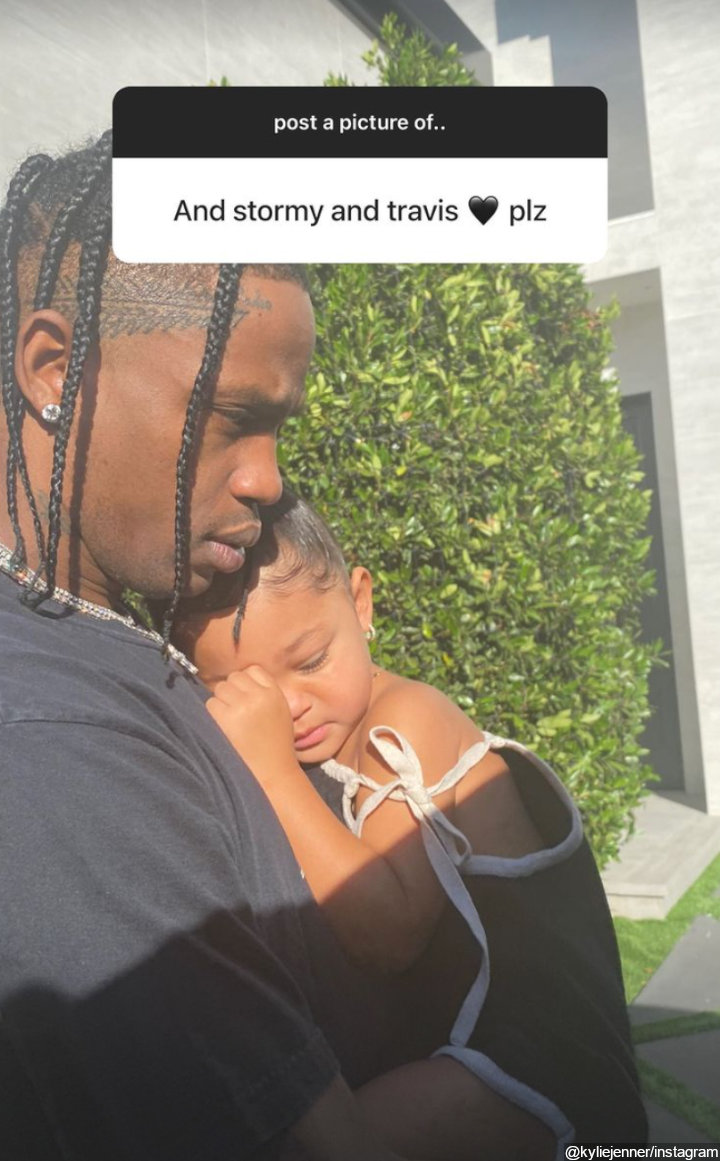 One of the photos also featured Travis Scott.

Kylie and Travis are happily co-parenting Stormi despite not being together romantically. "There is a lot of love between Travis and Kylie, and they're even openly affectionate," a source told PEOPLE back in October. "But, they are not back together, and neither is in a place to be in a committed relationship."