The 'Love and Hip Hop: Hollywood' star claims that the former basketball star might be upset at her after reading an article about Moniece detailing sex with Shaq.

AceShowbiz - Shaquille O'Neal once had an ill wish for his ex Moniece Slaughter. Appearing on "Domenick Nati Show", the reality TV star revealed that the former NBA star told her to "kill yourself" in an angry text exchange and she had the receipt.

"You know what's crazy? I haven't spoken to him in forever and he text me and told me to kill myself," Moniece said during a game night hosted at her home. Trying to reason why her ex-boyfriend was so harsh at her at the time, she said, "I think what happened was, a lot of his hookers, current hookers, his harem, was upset and he tried to prove [something]."

Moniece then revealed that she listed Shaq as "Booger," a nickname which she gave him, before showing their text exchange to the camera. In his angry rant, the 48-year-old former athlete told the 33-year-old star, "This is why u will always be a broke b***h. A famous broke ho. Nobody will ever claim you. You will always be community p***y. We laugh at whores."

When Moniece told him to "go away please," he responded, "Naa this ain't Shaq. Shaq don't give a f**k about whores that's evident. Good luck broke b***h. Go kill yourself." 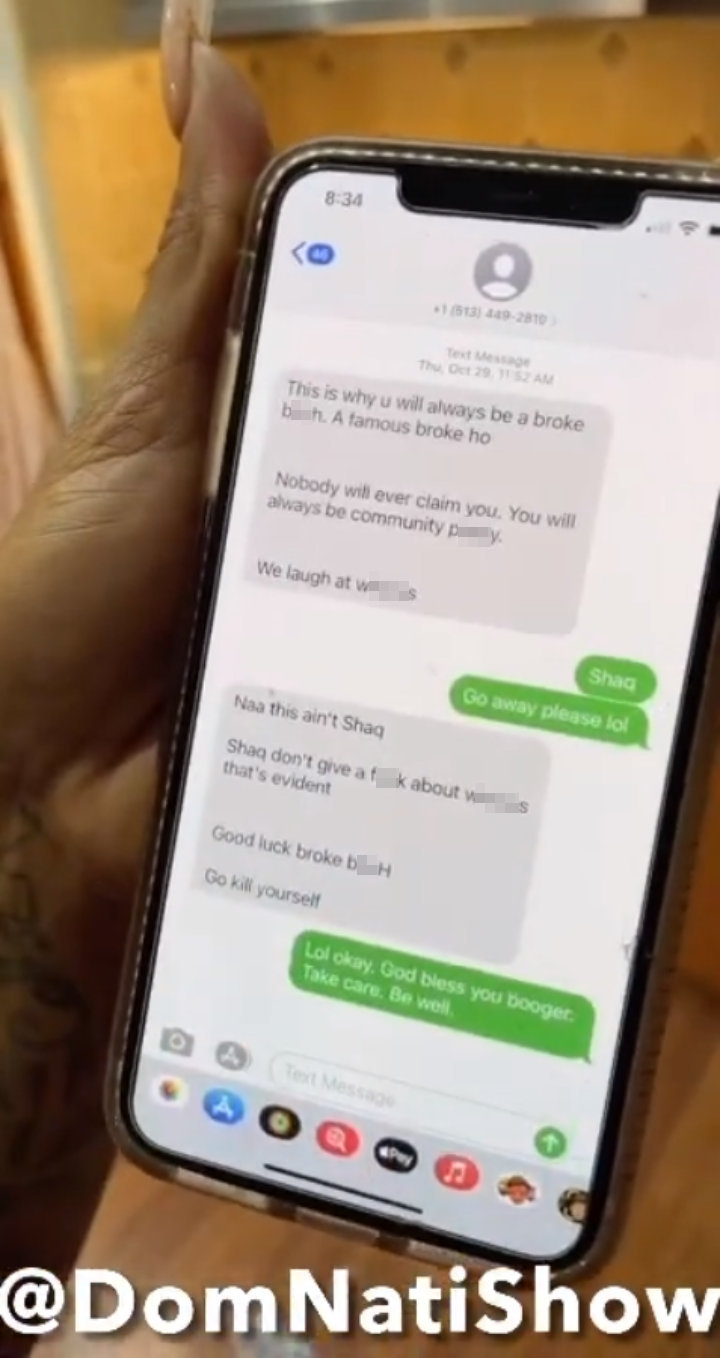 Moniece Slaughter revealed Shaquille O'Neal once told her to kill herself.
See also...

Moniece explained the backstory, saying that Shaq was upset after he read an article on a blog about Moniece describing what sex with Shaq was like and giving her take on his penis size. "Out of the blue on October 25, he text me because our interview made MediaTakeOut. And so I said, 'I don't know why the hell you keep listening to MediaTakeOut.' So, he text me back, 'First of all, watch your mouth. You're the one giving him my p***y. That's my p***y and you keep entertaining bum a** n***as.' " 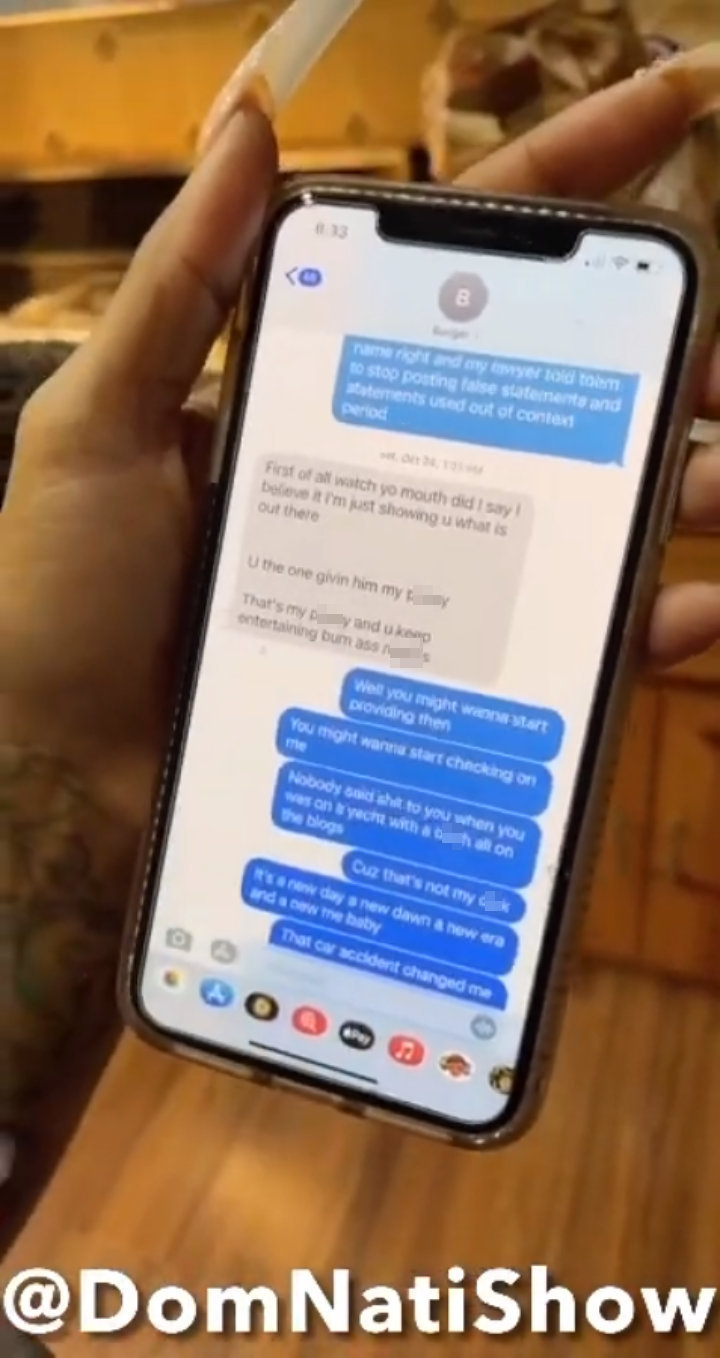 "I said, 'That's not my d**k,' " Moniece read the text message, before showing her response to the former NBA star, "Well you might want to start providing then. You might wanna start checking on me. Nobody said s**t to you when you was on a yacht with a b***h all on the blogs."

Moniece and Shaq dated between 2011 and 2012. In an October interview on "Domenick Nati Show", the "Love & Hip Hop: Hollywood" star gushed about her ex-boyfriend's manhood, saying, "It's a good size, we had to get creative at times, but it was fun."