The professional dancer of 'Dancing with the Stars' is said to be dating the 'Make It or Break It' star after announcing his split from wife of 14 years, Elena Samodanova.

AceShowbiz - Gleb Savchenko may no longer be single. Just over a month after announcing his split from wife Elena Samodanova, the "Dancing with the Stars" pro dancer is reported to be dating actress Cassie Scerbo.

Offering more details on the 37-year-old's romantic life was Entertainment Tonight. "They're very into each other and get along well," the outlet quoted a source as saying. "They're not serious at this point, but they're seeing where things go. They've been enjoying spending time together and getting to know each other better."

Adding fuel to the dating speculations, both Gleb and Cassie were vacationing together at Le Blanc Spa Resort in Cabo San Lucas, Mexico along with Chrishell Stause and Keo Motsepe. While the Russian dancer did not post any photo with his new flame on social media, the Lauren Tanner of "Make It or Break It" shared a picture of her posing next to him, Chrishell and Keo on Instagram Story. 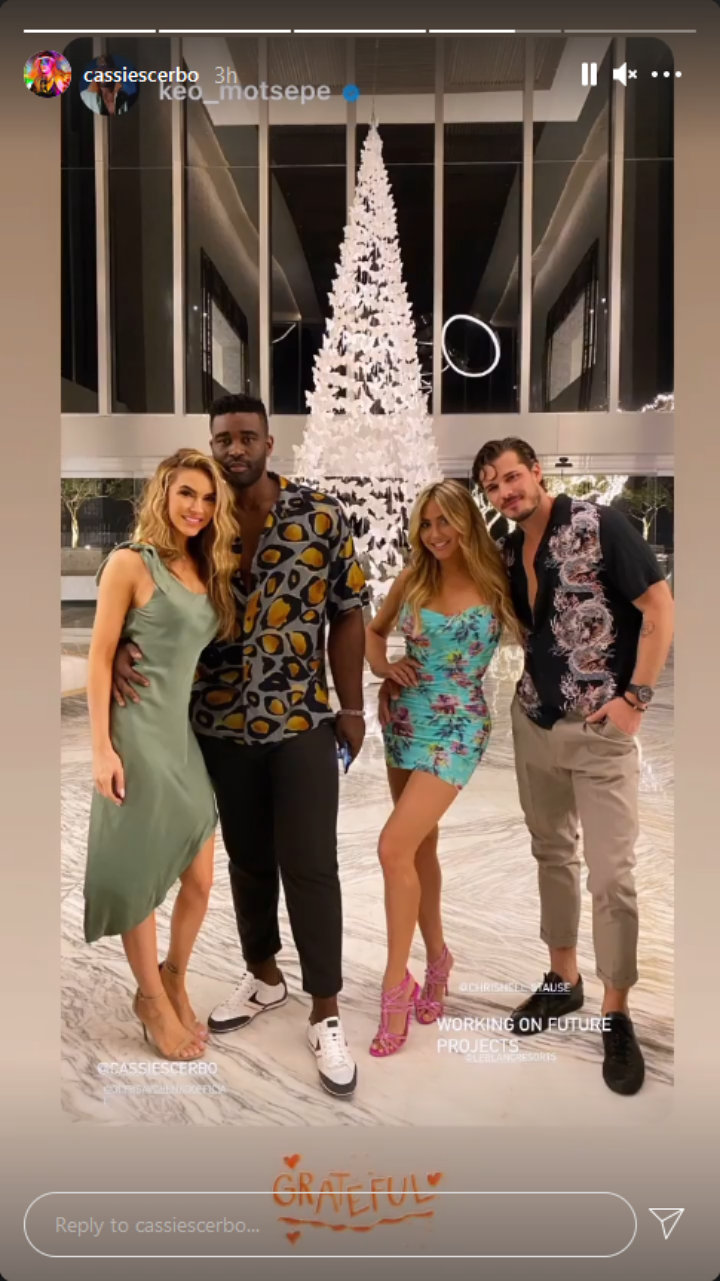 Before dating Cassie and after splitting from Elena, Gleb was linked romantically to his "DWTS" season 29 partner Chrishell. However, he was quick to shut down the speculation. "My relationship with Chrishell was and remains strictly platonic. Our friendship during our season on DWTS was not the reason for our split," he said in a statement via his representative.

"We still intend to co-parent our wonderful children together who we love so dearly, and we will strive to continue to be the best parents that we can to them," he continued. "We ask that you respect our family's need for privacy and healing during this time."

Elena also took to her Instagram Story page to share the shocking news. Along with a throwback image of them, the "So You Think You Can Dance" choreographer declared, "After 14 years of marriage with my deepest sadness our road is coming to the end," adding a broken-heart emoji.

Gleb and Elena tied the knot in 2006. Together, they share two young daughters, 10-year-old Olivia and 3-year-old Zlata.