After a private picture of former president Barack Obama's younger daughter leaks online, some people criticize the 19-year-old girl for dressing sexily in the image.

AceShowbiz - Sasha Obama has caused a chatter again on Twitter though she doesn't really use social media. The daughter of former president Barack Obama has been trending on the blue bird application after her private picture leaked online.

The photo in question features the 19-year-old girl dressing sexily in a white crop top, exposing most of her midriff and belly button. Going pantless, she also flashed her pink panties which were barely covered by a white shawl tied around her waist. 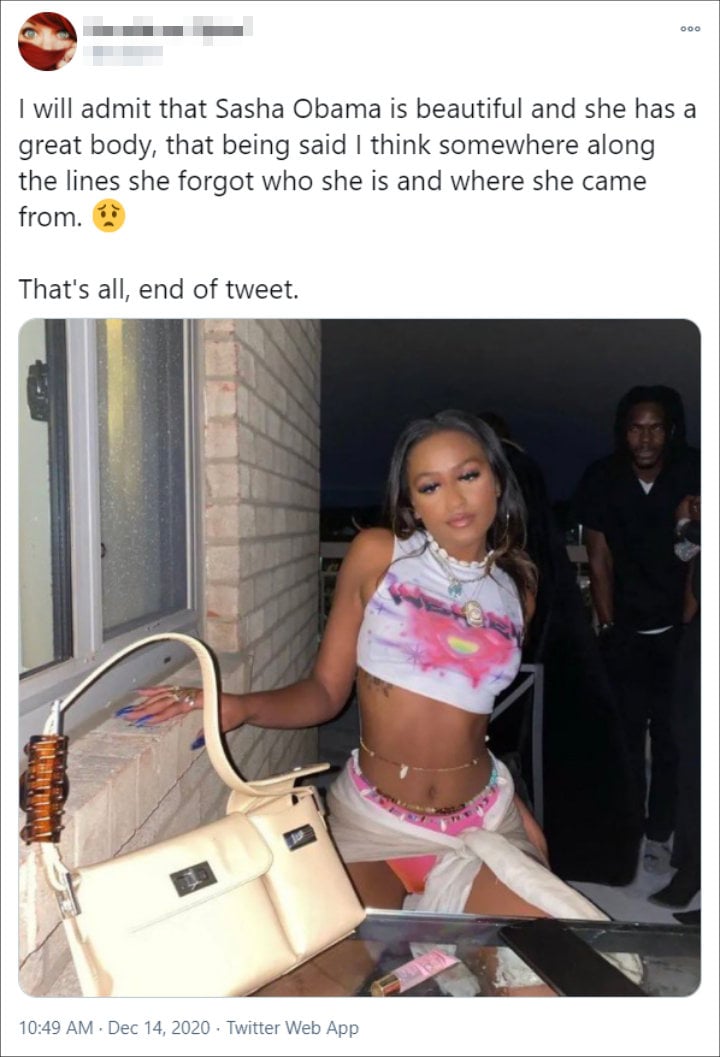 Another blamed Michelle Obama for Sasha's choice of outfit, "Y'all really can't blame Sasha Obama. Apparently, her mother Michelle, thought it was much more important to teach her about 'White Flight' than to teach her, she really shouldn't be posting pictures of herself in her underwear."

Someone else clapped back at the naysayers, "Why is this old a** boring looking woman trolling Sasha Obama who is a child to her are you really that hateful that her body looks so much better than yours and if you look homely get a life please get a life."

"I don't even want to know why Sasha Obama is trending this time around especially when it's usually centered around people picking apart her life choices when she's simply a young adult wanting to have fun," another added.