Denying allegation that she's 'gaslighting people that going thru poverty' with her tweet about splurging on a purse, the 'Bodak Yellow' hitmaker claims she has already donated $2 million this year.

AceShowbiz - Cardi B isn't taking criticism over her lavish lifestyle. The rapper has come under fire after she tweeted about contemplating to buy a $88,000 purse. She sparked a chatter on social media with people debating over how she should spend her money, making her name trending on Twitter.

"Should I spend 88K for this damn purse ? Omggg it's tempting," read her tweet that started it all. One person responded to her, "Since you're asking for our financial advice, I don't think you should. You can start a Cardi B Stimulus Plan, where you challenge your peers to match your donations of $88K to individuals who were recently laid off or furloughed."

While the said person wrote with much consideration, others were quite harsh to the Bronx femcee. She then apologized for her insensitive tweet, writing in a follow-up post, "Ok guys I apologize. There you happy?! I don't see ya askin trump for a apology when he out here missing COVID meetings to play golf but [ok]."

That, however, didn't stop the negative response, prompting Cardi to hit back as writing, "You see ...so ya drag celebrities to not spend their hard workin money on things that they desire to donate but the same people that you donate too are the same people that's going to talk s**t bout you In a couple of months?" 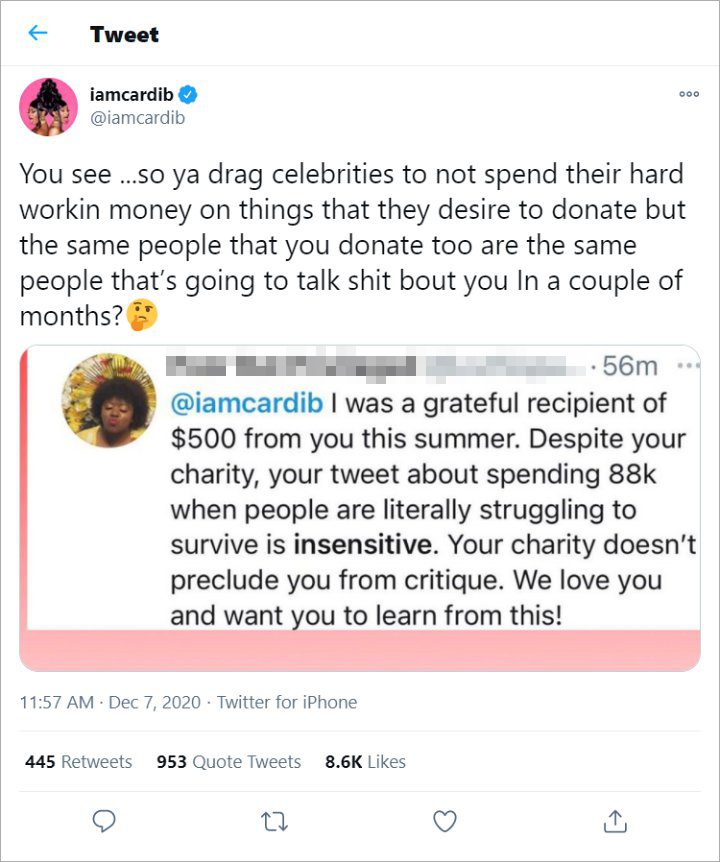 Claiming that she has donated $2 million this year, she then offered to match donations to charities if people shared their receipts. "I will match what you donated and match your donation to that same charity or foundation," she said in another tweet. "Lets match energy."

She also denied allegations that she's "gaslighting people that going thru poverty." She claimed, "I'm addressing the people that always screaming to celebs that they 'constantly drag' to donate but never donate themselves.I donate all the time no1 say nun now when we talk about spending money we work here ya come." 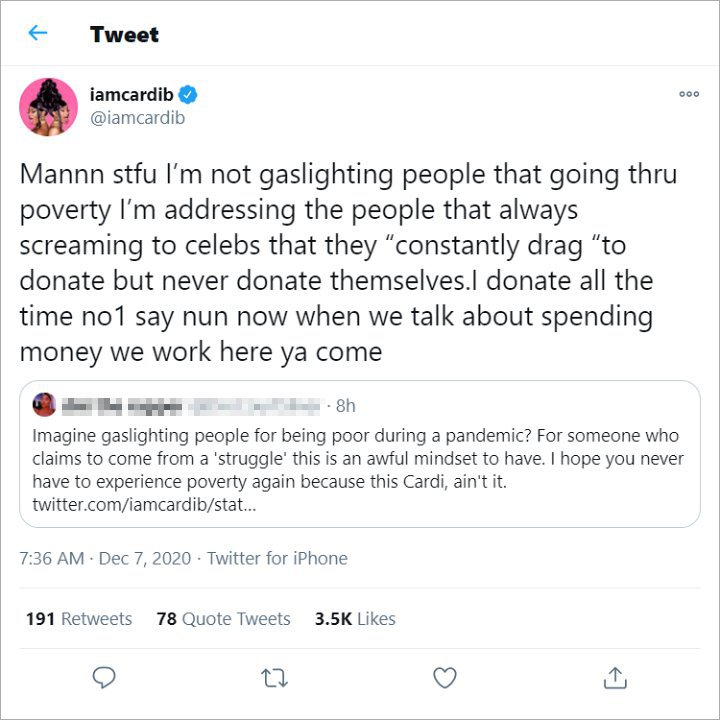 "BRO ALL I DID WAS ASK ABOUT A F**KIN PURSE !" she lamented the storm of backlash. She sarcastically added, "ooommggggg I'm getting scared to tweet bro.Im just going to tweet by bible quotes here." 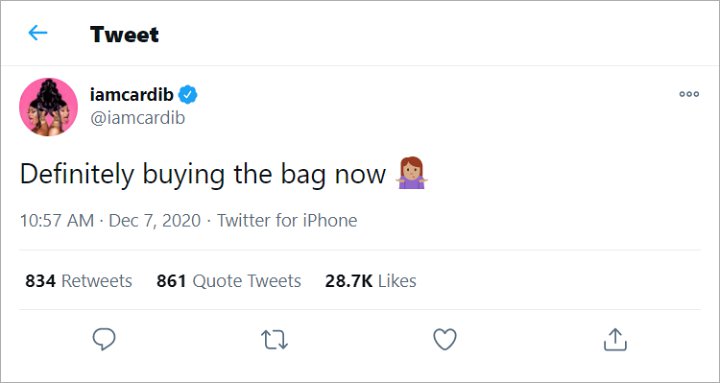 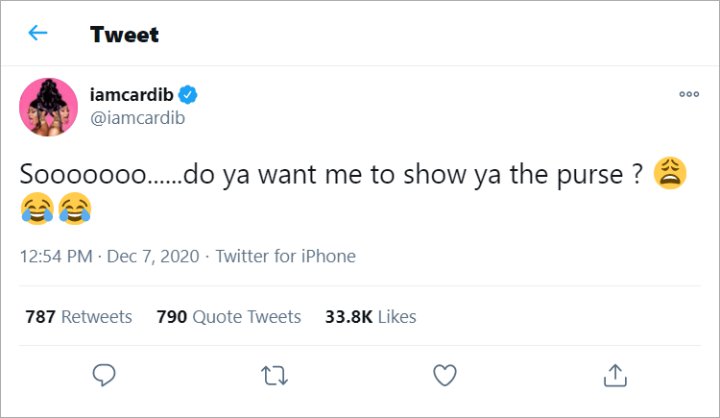 Unfazed by the criticism, Cardi insisted that she's "definitely buying the bag now." She went on trolling her haters as she teased, "Sooooooo......do ya want me to show ya the purse ?"