Tom Holland shares a serious, yet hilarious message with a picture of him wearing a face mask over his Spider-Man costume on the set of the 'Spider-Man: Far From Home' sequel.

AceShowbiz - Tom Holland has taken to his Instagram page to offer fans a glimpse of the upcoming Spider-Man movie. And if his latest post is any indication, the yet-to-be-titled "Spider-Man 3" is going to reflect how the world has adjusted to the ongoing COVID-19 pandemic.

On Friday, November 6, the Peter Parker depicter shared a picture of him on the set of the movie. He wore what appeared to be the web-crawler's costume from "Spider-Man: Far From Home", but with an added new item, a face mask.

It's unclear if the face mask will still be featured in the final cut of the film, but Holland made use of the post to share an important message to his followers. "Wear a mask," he reminded people, before adding in a less serious note, "I'm wearing two..."

Cast and crew of "Spider-Man 3" arrived in Atlanta in October to begin filming the movie. On Tuesday, November 3, Holland shared on his Instagram Stories a GIF of himself dancing in the Spider-Man suit from "Spider-Man: Homecoming" to celebrate the start of production.

Meanwhile, another behind-the-scenes photo has fueled rumor of Doctor Strange's (Benedict Cumberbatch) appearance in the "Far From Home" sequel. Earlier this month, makeup artist Donald McInnes posted on his private Instagram account an image of a salon room in Atlanta, Georgia.

McInnes excitedly wrote over it, "Mine !!! All MIIINE!!!" It's unclear why he's in Atlanta, but McInnes is Cumberbatch's personal hairstylist and makeup artist who also did his makeup when he portayed Doctor Strange in MCU movies. 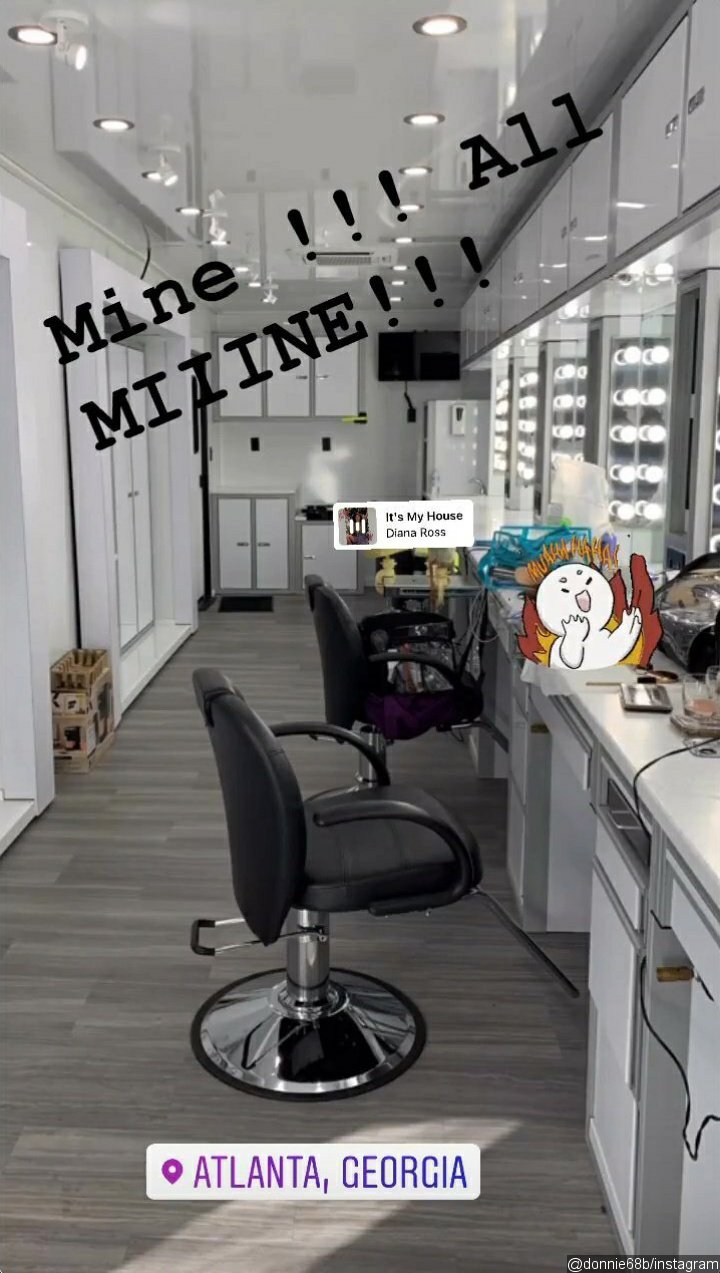 It was reported that Doctor Strange would fill in a mentor role that was previously occupied by Robert Downey Jr.'s Tony Stark/Iron Man in "Homecoming" and Samuel L. Jackson's Nick Fury in "Far From Home". With his own upcoming movie "Doctor Strange in the Multiverse of Madness" being set to be released after "Spider-Man 3", it is believed that he will make way for the multiverse storyline in "Spider-Man 3".