Shooting down claims that she is expecting her first child, the model wife of Justin Bieber turns the focus back on what is important at the moment as she refers to the presidential election.

AceShowbiz - Hailey Baldwin angrily hit back at pregnancy speculation on Thursday, November 5 night, as she responded to a story Us Weekly were allegedly planning to run.

The 23-year-old model took to her Instagram Stories to respond to claims she's expecting her first child with husband Justin Bieber.

"Since I know you guys were about to break your lil story Us Weekly, I'm not pregnant," she wrote, before adding: "So please stop writing false stories from your 'sources' and focus on what's important, aka the election." 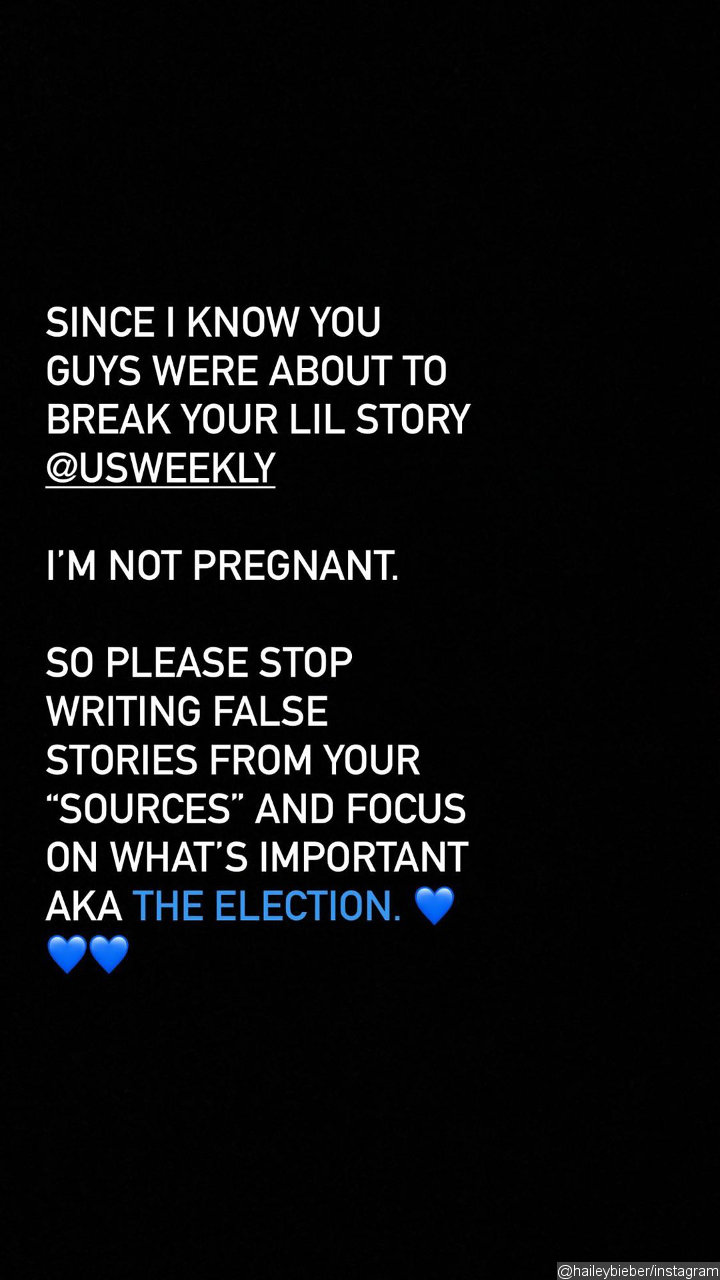 Hailey Baldwin shot down claims that she is expecting her first child with Justin Bieber.
See also...

Hailey concluded her message with some blue hearts, to show she's backing Democrat Joe Biden in the U.S. presidential election.

Amid the almost constant pregnancy speculation, Justin gave an interview to Apple Music's Zane Lowe earlier this year, in which he insisted he and Hailey are in no rush to start their family.

"(We'll have kids) in due time," he said. "(I want to) go on tour, be married, enjoy travelling with just us, build more of our relationship."

This arrives after Hailey shared a sweet tribute she had for her husband. The model showed devotion to Justin with a new tattoo featuring her other half's initial on her ring finger. She also added star symbol on her left hand and a tattoo with the word "beleza", which means "beauty" in Portuguese, on the side of her neck.

Hailey's decision to have two new tattoos comes after she and Justin celebrated a year since their second, 2019 wedding ceremony with a series of sweet social media posts last month.