The 22-year-old actor lands in hot water after fans notice that he dons an oxygen mask as a part of his costume while attending Kendall Jenner's Halloween party amid COVID-19 pandemic.

AceShowbiz - Jaden Smith has come under fire for his chosen Halloween costume. The Dre Parker of "The Karate Kid" attended Kendall Jenner's birthday party amid COVID-19 pandemic wearing a "Tenet"-inspired oxygen mask, and social media users were unhappy about it with some branding him "inhumane."

Sharing a picture of the 22-year-old rapper from the Saturday, October 31 bash, one individual argued on Twitter, "There's just something so inhumane about Jaden Smith wearing an oxygen mask as a costume." The online user followed it up with another tweet that read, "All of these ppl share one collective brain." 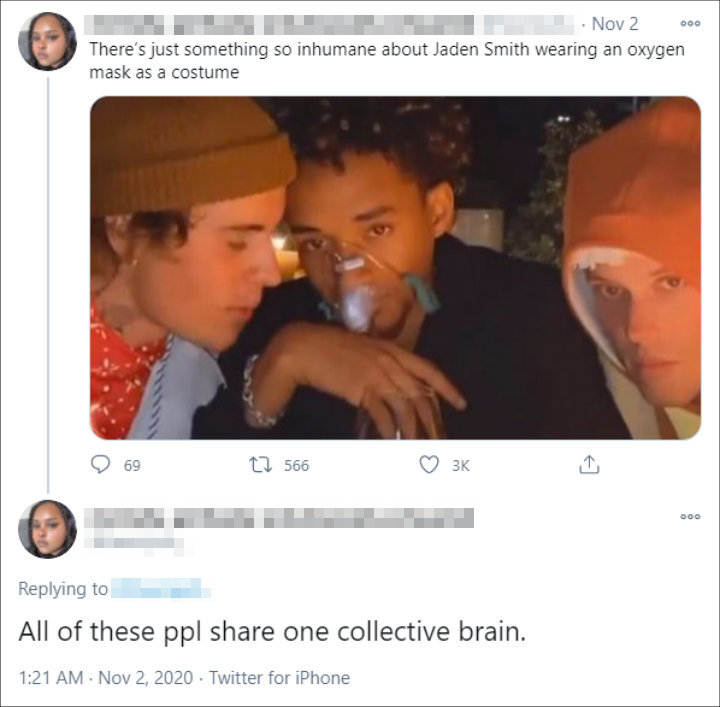 Jaden Smith was called 'inhumane' for wearing an oxigen mask on a Halloween party.

Voicing similar disgust at Jaden's costume, another critic raged, "I am irate and I've never used that word before, that's how furious I am." The censurer went on to add, "I cannot believe the audacity of Jaden Smith. He wore an OXYGEN mask (that he didn't need) to a party (that he didn't need to go to) it's inhumane. it's vile. No more words, except. #covidisnotacostume."

A third called the "After Earth" star "tone deaf" for wearing the oxygen mask during the coronavirus crisis. "why is no one calling out Jaden Smith for being an absolute idiot &thinking wearing an oxygen mask as a costume was cute ??? During a pandemic with 1.2mil people dead worldwide from a virus affecting respiratory organs this truly is so tone deaf," the scolder erupted. 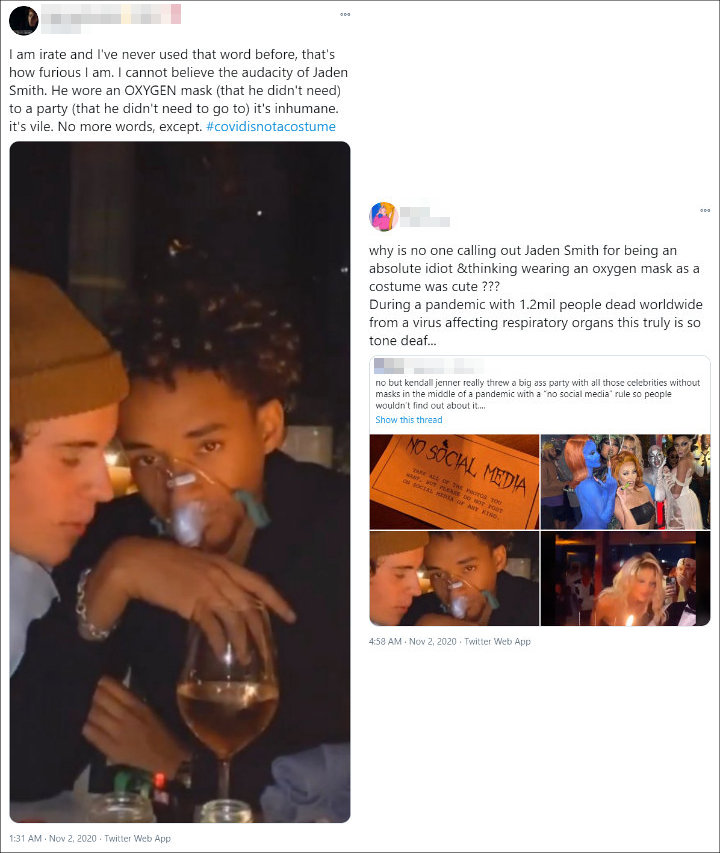 Jaden Smith got slammed by other trolls for his Halloween costume.

Not everyone found Jaden's costume a controversial issue. "I'd rather have an oxygen mask on than no mask with the mess that's going around," one fan came to his defense. Another one pointed out, "He was dressed as the character from Tenant. You folks making it about Covid is nonsense on your part!" 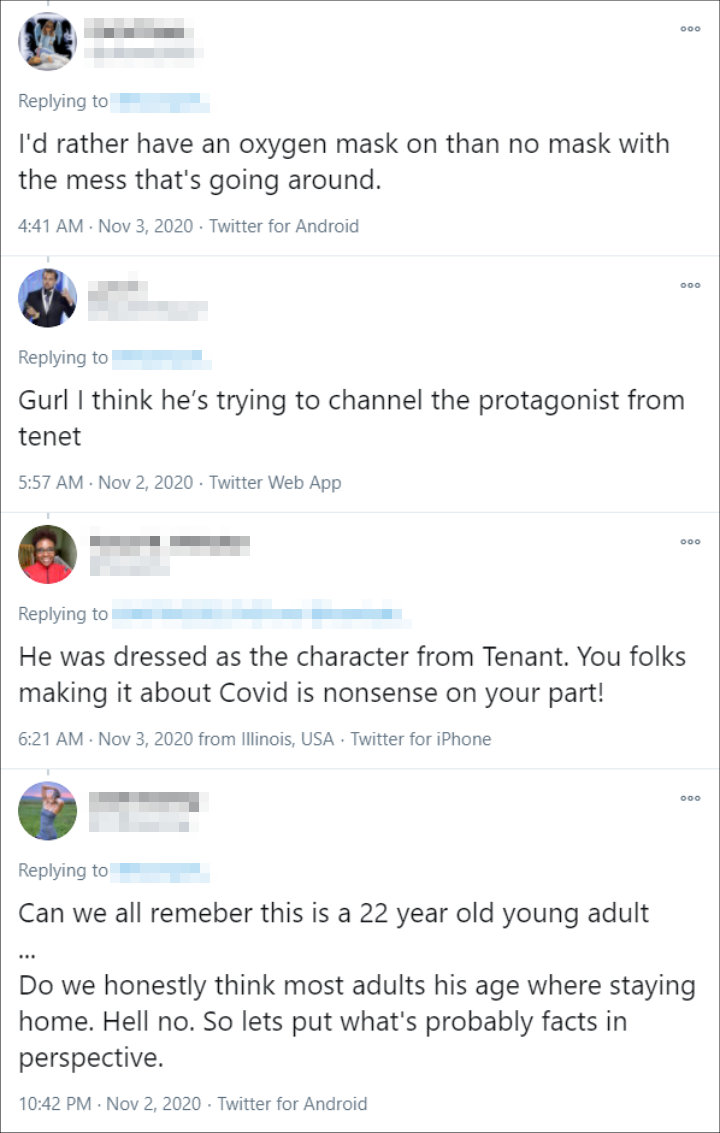 Jaden Smith's fans came on his defense amid the backlash.

Sharing similar sentiment, a third stated, "Gurl I think he's trying to channel the protagonist from tenet." Additionally, a fourth reminded critics, "Can we all remember this is a 22 year old young adult... Do we honestly think most adults his age where staying home. Hell no. So lets put what's probably facts in perspective."

Jaden himself seemed to have responded to the backlash through an Instagram post. On Monday, November 2, the son of Will Smith and Jada Pinkett Smith uploaded John David Washington's photo from "Tenet", which featured him donning an oxygen mask while holding a gun. In the caption, he wrote, "We Live In A Twilight World."

Moniece Slaughter Denies Bleaching Her Skin: 'It's Flat Out Insulting'

Jaden Smith and Chloe Bailey Caught Getting Flirty on Instagram