The online argument starts after Chris decides to troll Clarence amid rumors that Clarence left his ex-wife, prompting the 'Butterflies' singer and Clarence to clap back at Chris on social media.

AceShowbiz - Queen Naija and her new man Clarence White are involved in a heated back-and-forth with her ex Chris Sails. The online argument started after Chris decided to troll Clarence amid rumors that Clarence left his ex-wife.

Taking to Instagram Stories, Chris shaded Clarence by writing, "LMAO my son almost taller than this simp," alongside a picture Queen and Clarence. He went on to say, "Queen prolly do not feel protected when they go out."

Not stopping there, he continued taking a jab at Clarence in a video on the photo-sharing platform. In the clip, he claimed that "Clare Bear" didn't buy Queen a Birkin bag. Instead, he said that Queen gave him the money to buy it for her.

It didn't take long before both Queen and Clarence caught wind of the diss. "If you've been loyal to someone and they decide to be disloyal to you.. you no longer owe them any loyalty. You're free to go !" she wrote on Sunday, October 25. Later on Monday, the "Butterflies" singer added, "This really some s**t right before one of the biggest moments in my life lol.. but it always happens. Next week will be great."

In another tweet, Queen, who shares a son together with Chris, urged people who don't know her to stop having too much to say about her. "If you know me you know what kind of person I am and I never been a trouble maker that's for sure, as for the rest that don't know me.. shut the f**k up..," she snapped. 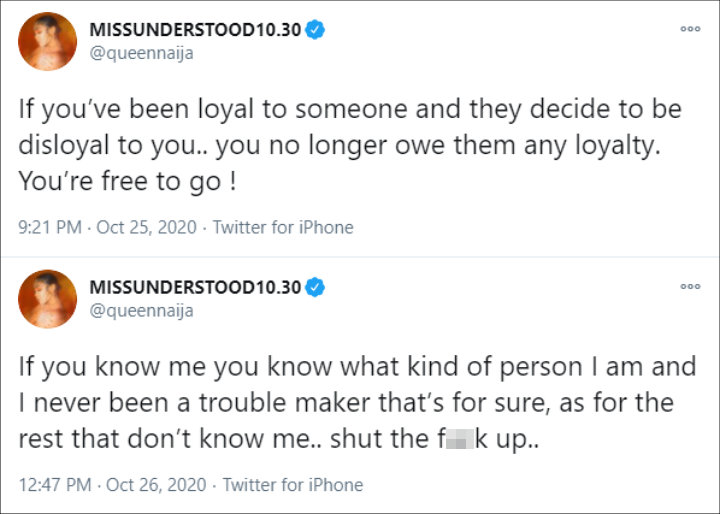 Meanwhile, Clarence hit back at Chris by alluding that he still couldn't move on from Queen. "N***a wrote a diss track that was really a love song, about my girl lol..," he tweeted, referring to Chris' song titled "He Ain't Me". Accusing Chris of playing victim, Clarence went on to blast the YouTube personality, "You can't keep doing s**t then play victim." 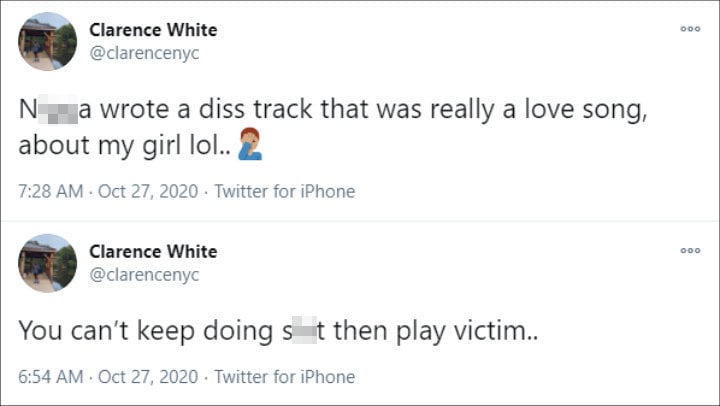 People on Internet also criticized Chris on this one as they labeled him a "bitter ex-husband." However, he shut down the speculations that he still had some lingering feelings for Queen. "I don't want to get back with Queen," he said in an Instagram Live. "I want Queen to be happy and Clarence to be happy, but y'all ain't gon' talk about that."

"Y'all only gon' talk about the negative stuff I do... When Clarence sub-tweet me it's okay, but when I do it, it's not? Or when I cheated it was a big deal, but when he did it, it's okay, y'all justifying it," he continued ranting. "It's not right. Wrong is wrong at the end of the day ad right is right. And Queen not innocent, nobody not innocent in the situation."

Artist of the Week: Queen Naija

Queen Naija Responds to Backlash Over Past 'Nappy Hair' Comments: I'm Not Colorist