Set in the White House, the Dave Meyers-directed visuals sees the songstress working at the Oval Office, leading an important meeting and holding a press conference.

AceShowbiz - Ariana Grande has officially kicked off her new era. Days after teasing the first single off her upcoming album, the Nickelodeon alum finally unveiled the new tune, "Positions", along with its accompanying music video at midnight on Thursday, October 22.

Directed by her frequent collaborator Dave Meyers, the visuals is set in the White House with the songstress serving as the commander in chief. It kicks off with Ariana sitting at the head of a table for what looks like an important meeting before the scene changes to show her mulling over decisions at the Oval Office and holding a press conference.

Not only her professional life, but the music video also features her personal life as she is seen cooking in the kitchen and hanging out in her bedroom as she shows her commitment and love to her boyfriend with her flexibility in trying to make their relationship work. "Switchin' the positions for you/ Cookin' in the kitchen and I'm in the bedroom/ I'm in the Olympics, way I'm jumpin' through hoops," she sings. "Know my love infinite, nothin' I wouldn't do/ That I won't do, switchin' for you."

"Positions" is serving as the lead single off Ariana's forthcoming sixth album, which still does not have a title nor an exact release date. It will be a follow-up to her 2019 record-breaking album "Thank U, Next", debuting at No. 1 on Billboard 200 with 360,000 equivalent album units.

It broke the record for the largest streaming week ever for a pop album with 307 million on-demand audio streams and helped her break records for the most simultaneous top 40 entries by a female artist after eleven songs off the album appeared in the Top 40 of Billboard's Hot 100. In addition to that, it was the eighth best-selling album of 2019 globally and ranked fourth among female artists. 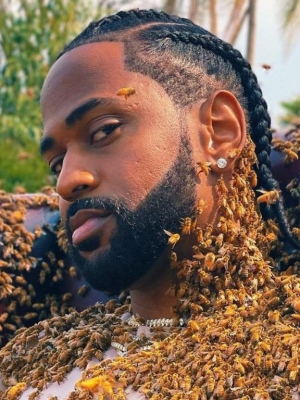