After a social media user labels the company as 'Top 5 Things Eminem's afraid to Diss,' it decides to take a jab at MGK for switching his genre to rock after their infamous beef.

AceShowbiz - Remember Machine Gun Kelly and Eminem's beef? The two musicians made headlines last year after they released songs to throw shade at each other, with the Detroit rapper ending up breaking records with "Killshot". Now, fast food chain Wendy's decided to revisit their feud by trolling the rapper-turned-rocker.

It all started after Wendy's roasted Dunkin' Donuts on Twitter in response to the latter's post about spicy donuts. "Stick to pushing the food that's so 'good' you took it out of your name. My grandma has more heat in her roasts," Wendy's said, prompting one of its followers to label them as "Top 5 Things Eminem's afraid to Diss."

Responding to the said user, Wendy's said, "Please don't make him do it, my pop punk album to recover after his diss isn't ready." It was a clear reference to MGK, who switched genres to rock following his beef with Em. 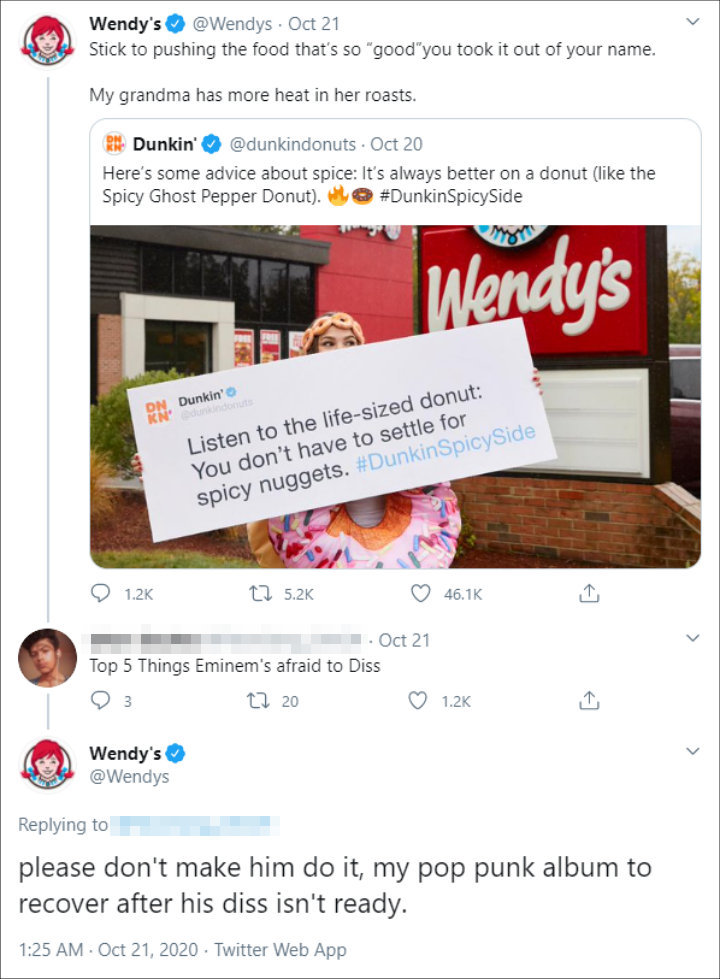 Many social media users found the shade hilarious. "even wendy is roasting mgk. how can man bun karen still can go around and claim that he won the beef," one said. "The girl that wants all the smoke knows exactly where to draw the line, it's before EM. Bow to thee king, and Queen Wendy for this response," another joked, as one other wrote, "A FEKKIN BURGER JOINT UNDERSTANDS MGK TURNED B***H AFTER THAT DISS. Respect."

MGK announced he switched his genres to rock in late last year, saying on Twitter, "2020 is about to be a great year for music, so many artists are making better music than they ever have and finding new pockets and all the new artists are sick as f**k." He then added, "Rock album in 2020."

His venture in rock was proven a success as "Tickets to My Downfall" debuted at No. 1 on Billboard 200.

Felicity Huffman Presses for Return of Passport Near Probation Completion