Another 'Two and a Half Men' alum, Jon Cryer, also remembers his late co-star as 'a beautiful human' despite her character Berta's 'gruff exterior' in a series of warm-hearted Twitter posts.

AceShowbiz - Charlie Sheen and Jon Cryer have paid touching tribute to their former "Two and a Half Men" co-star Conchata Ferrell, following her untimely passing. Taking to their respective Twitter pages, both actor poked gentle fun at the late actress' character as Berta, the longtime housekeeper of the on-screen brothers.

"an absolute sweetheart. a consummate pro. a genuine friend. a shocking and painful loss," Charlie, who starred on the CBS sitcom for eight seasons before his firing in 2011, remembered Conchata. He concluded his tweet with a lighthearted joke, "Berta, your housekeeping was a tad suspect, your 'people'keeping was perfect." 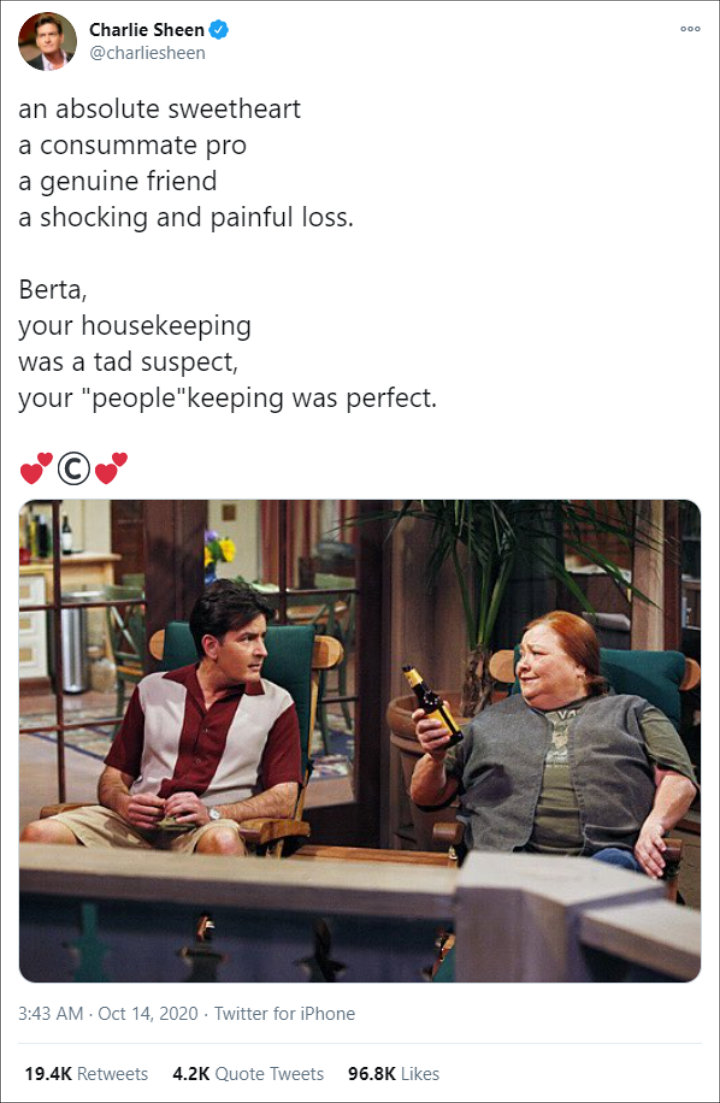 Jon, who called Conchata "a beautiful human," similarly compared her real personality to her character's. "Berta's gruff exterior was an invention of the writers. Chatty's warmth and vulnerability were her real strengths," he wrote, adding, "I'm crying for the woman I'll miss, and the joy she brought so many."

The former Alan Harper depicter went on recalling her first day on "Two and a Half Men", "It was our second episode and I felt so lucky that they’d been able to cast her on the show. I gushed to her about what a fan i was of hers and she simply refused to believe it."

"I'm glad that I absolutely knew how fortunate I was to share a stage with her. I treasured every moment and will continue to until we meet again. I have a feeling she'll call me 'Zippy'," he continued, before urging fans to check out some of the films she starred in, including "Edward Scissorhands" and "Erin Brockovich".

The 55-year-old actor went on extending his condolences to Conchata's family, writing, "My Thoughts are with Arnie, Samantha, her family, and the many students whose lives she touched at UCLA. 2020 is just merciless." 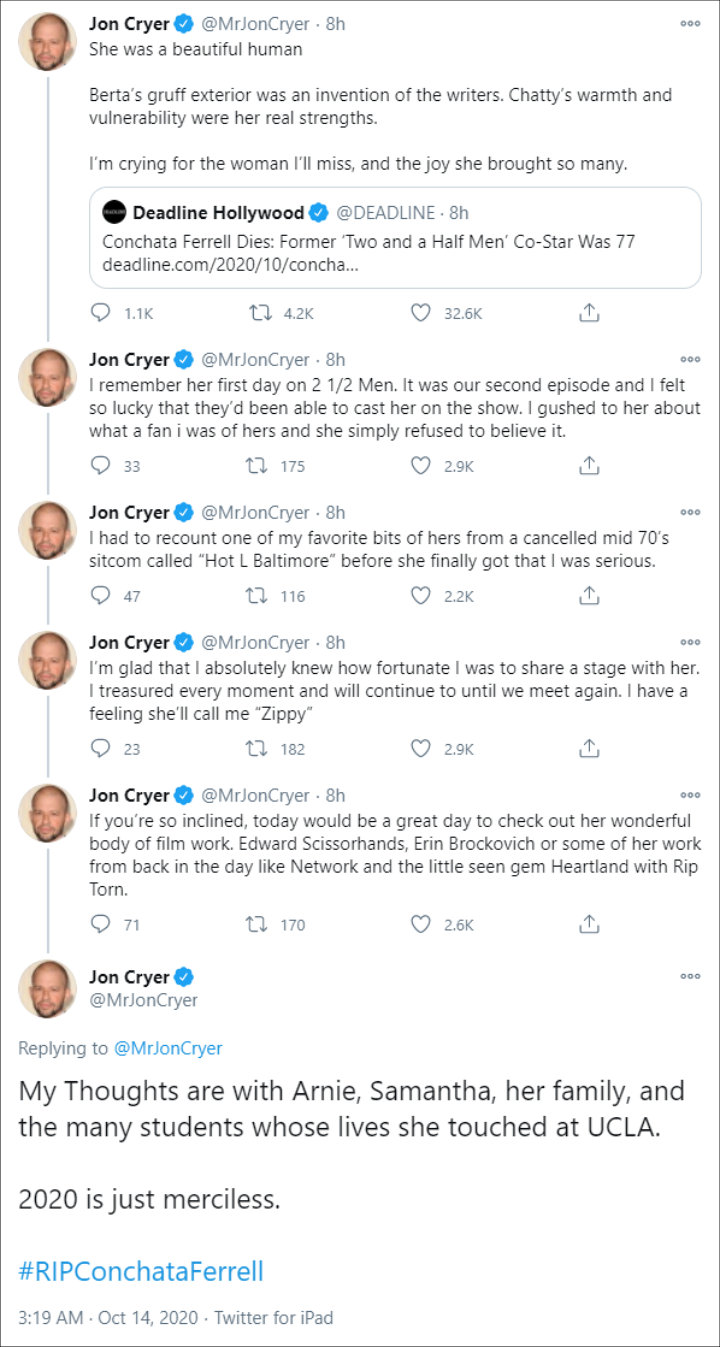 Jon Cryer mourned death of his 'Two and a Half Men' co-star.

Conchata passed away on Monday, October 12 at Sherman Oaks Hospital in California after suffering a cardiac arrest. She was admitted to a long-term care facility after suffering a heart attack over the summer. She battled a variety of health issues ever since she was hospitalized with a kidney infection in West Virginia in December 2019.