Politician Joe Cooper calls the 'Famous' rapper a 'sad joke,' while a number of people encourage others not to write his name in the upcoming presidential election.

AceShowbiz - Kanye West is still pretty much hoping to be the next president. The rapper took to Twitter on Friday, October 9 to share a photo of his friend writing his name on the ballot, only to make himself become the subject of online criticism as people believed he was encouraging others to do the same.

He said alongside the photo, "Friends writing me in," adding a white bird emoticon. It did not take too long before the tweet started garnering attention, racking in over 30,000 retweets just hours after it was posted on the micro-blogging site. However, people's response was far from great, with politician Joe Cooper calling Kanye a "sad joke."

Not a few accused him of taking away Joe Biden's vote by encouraging his followers to do this in the election. "thanks for taking away votes from biden to support the orange man you a**hole," one said. "Oh look, the dumbest s**t I've seen all year and this year has been dumb af," someone was equally pissed, while one other wrote, "Kanye West already Admitted he's ONLY Running for President to Take Votes Away from Biden!"

Meanwhile, a number of online folks encouraged others not to do the same. "Friendly reminder to not waste your vote this election by writing in candidates!" an individual wrote, as one other person echoed, "Yo please do NOT write this dumb a** in. A vote for Kanye basically a vote for trump." There was also someone who urged, "DO NOT WRITE IN KANYE. THE PRESIDENTIAL ELECTIONS ISN'T A JOKE." 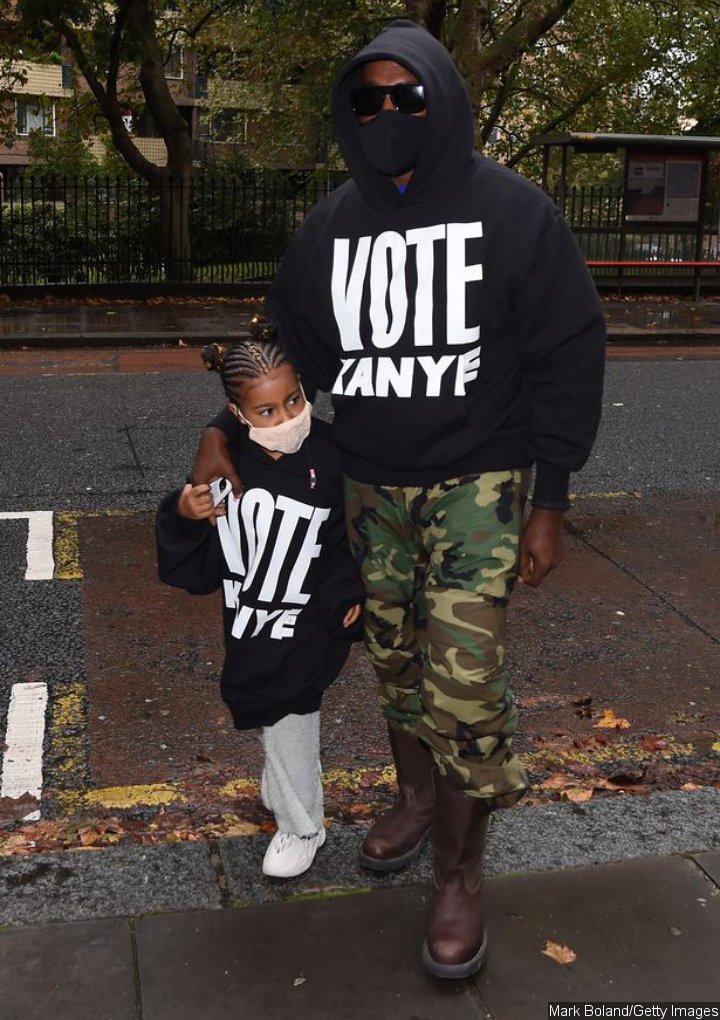 Kanye was seemingly unfazed by the backlash, though. Instead of apologizing, he continued his campaign when attending the Bottega Veneta fashion show at Sadler's Wells Theatre in London, England with his daughter, North. The father-daughter duo went matching as they both wore a black hoodie with the words, "Vote Kanye," written in block capital letters.

Jonathan Bennett Explains Why 'Mean Girls' Reunion Was So 'Awkward'

Laverne Cox Laments Transphobic Attack on Her and Friend: 'It's Not Safe in the World'