'Against All Odds', which is set for a November release, revolves around a fictional MC, portrayed by Nico Tyler James, who tries to make it in the developing U.K. grime scene of the early 2000s.

AceShowbiz - British rapper Ghetts is among a host of U.K. grime legends playing themselves in a new movie detailing the rise of the hip-hop genre.

"Against All Odds", a new project from grime pioneers turned filmmakers behind movies "The Intent" and its sequel, Femi Oyeniran and Nicky 'Slimting' Walker will tell the story of a fictional MC, played by Nico Tyler James, who tries to make it in the developing U.K. grime scene of the early 2000s.

It will star Ghetts and fellow major grime figures including the D Double E, Jammer, Diesel, Maxwell D, Ozzie B and Bruza, as well as Tyrell Morgan and Gabin Kongolo, and singer Miraa May. Legendary grime pioneer J2K will also play a leading role as a character named Guv.

The film, the first project to be released by the newly launched Motown Records UK, will centre on the world of pirate radio, where many grime MCs got their breaks, with depictions of real-life events such as famed club nights and gigs.

In a press release, the directors say: "Against All Odds is our visual homage to one of the most potent expressions of Black British music, Grime."

The movie will also get its own soundtrack album curated by the directors, which will feature an all-star remix of Maxwell D's grime anthem "Serious".

Femi and Nicky went on to say the film and record will be a "celebration of Black British Heritage" and that there's "no better home" for the project than Motown.

The film and soundtrack album will debut on November 13. 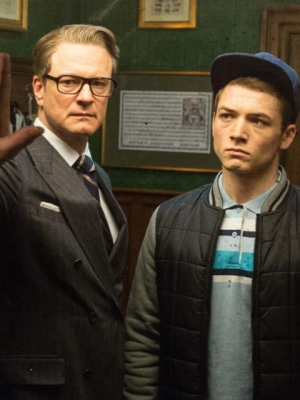 Natalie Portman 'Thrilled' Over the Many Female Superheroes in MCU