In photos that circulated online, the former best friend of Kylie Jenner and the American-Dominican NBA player are photographed cuddling onboard a yacht.

AceShowbiz - Jordyn Woods and Karl-Anthony Towns have further fueled rumors that they are in a romantic relationship. The rumored lovebirds were photographed getting cozy in Cabo San Lucas, Mexico as they celebrated Jordyn's 23rd birthday.

In photos that circulated online, the former best friend of Kylie Jenner and the American-Dominican NBA player were snapped cuddling onboard a yacht. The hunk could be seen wrapping his arms around the social media personality. The pair seemingly emphasized that they're a couple by twinning in Chicago Bulls jerseys, though Karl-Anthony wore red and Jordyn opted for a white jersey.

In an Instagram Story post, the two also looked so close while snuggling on the yacht. They seemed to be so much in love as Karl-Anthony kissed her head in the romantic shot.

Their romantic date didn't stop there. Jordyn and Karl reportedly also embarked on an adventure by going quad biking in the desert. In addition, Karl-Anthony treated the birthday girl to a late-night visit to the zoo which further added fun in their date.

Taking to his Instagram account, he also shared a birthday shout-out to Jordyn whom he called "queen." In a picture that he posted in the post, he could be seen getting handsy with the Instagram model as he put one of his hands on Jordyn's bottom. 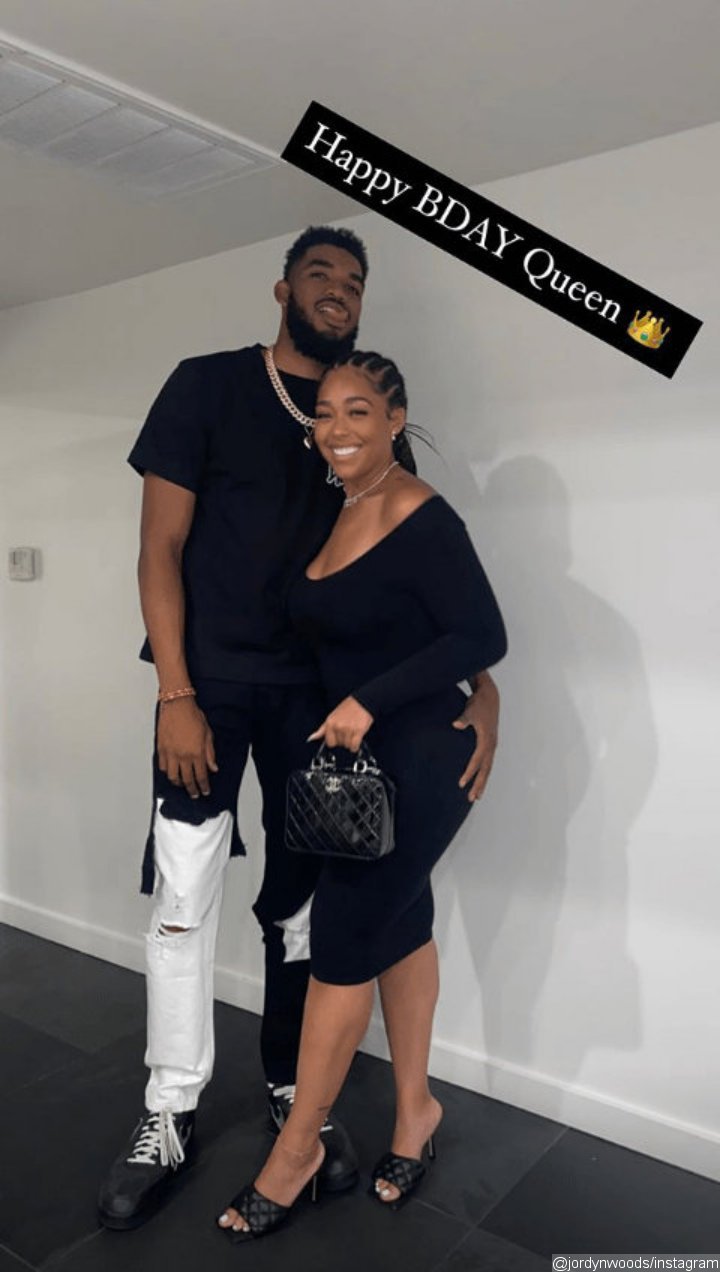 The pair were first rumored to be dating back in August 2019. However, at the time, Woods denied the speculations, saying on Instagram, "Y'all gone make me not be able to have any friends and ruin relationships! Lol Karl is like a brother to me."

Later in July, they were seen enjoying a date night at Nobu in Malibu. Despite that, a source insisted Karl-Anthony and the former "Life of Kylie" star were nothing but "good friends" and they were "not dating." The insider also added that Jordyn was just being supportive for the basketball player as he mourned the death of his mother who died in April.