The Instagram thot, who previously revealed their affair in 2018, shares a photo of the 'What's My Name?' rapper seemingly getting pampered with her being present.

AceShowbiz - Celina Powell is never one to hide her relationship with celebrities, even the married ones. And now she appears to have exposed Snoop Dogg for possibly linking up with her again, despite having a hostile relationship in the last couple of years following their previous affair.

On Wednesday, September 23, the Instagram thot shared on Instagram Stories a picture of the 48-year-old rapper seemingly getting pampered with her, who took the photo, in the same room. "If this man don't hurry up," she wrote, apparently tired of waiting.

Celina then bragged about Snoop getting back with her. "Snoop dogg isn't leaving me lol no matter what I do sis !" she wrote in the caption. Before people accuse her of being a homewrecker, she noted that the "Gin & Juice" rhymer has allegedly separated from his wife Shante Taylor. "FYI , him & his girl are separated living in different houses," she added.

Celina exposed her affair with Snoop in 2018, claiming they had sex while listening to his gospel album "Bible of Love". Snoop later flipped the script, saying she'd been nothing more than bait for his new show "Clout Chasers", which never sees the light of day.

In July of this year, the Long Beach native threw a subtle jab at his former side chick in remix to Problem's song "Don't Be Mad at Me" as he apologized to his wife and called Celina a "lame b***h." He raps in his verse, "I'm tired of sayin' sorry for the same s**t/ Damn near lost my queen, f**king 'round with that lame b***h. Ashamed of myself 'cause I shamed you/ Good or bad, right or wrong, we always bang through."

Snoop married his high school sweetheart Shante in June 1997. In 2004, he filed for divorce from Taylor, citing irreconcilable differences, but they have since got back together and renewed their wedding vows in 2008.

Dolly Parton Openly Gushes Over Her 'Pretty' and 'Artful' Tattoos 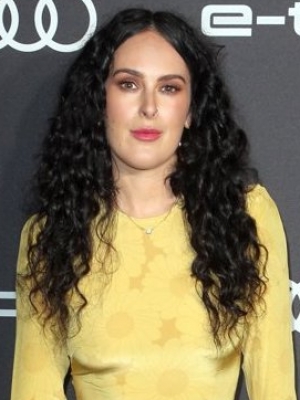