The 'Old Town Road' hitmaker's upcoming project, which he claims to be the 'kids book of all time soon,' will follow Lil Nas X and his trusty steed, Panini.

AceShowbiz - Lil Nas X is embracing his literary creativity. Sharing with fans and followers about his latest venture outside of the rap world, the "Old Town Road" hitmaker declared that he has written the "best" children's book, and revealed when the project titled "C Is for Country" will hit the shelves across the country.

Making use of his Twitter and Instagram accounts on Tuesday, September 15, the 21-year-old rapper shared a picture of his upcoming book's cover. "I'm dropping the best kids book of all time soon! C IS FOR COUNTRY, out January 5, 2021 from @randomhousekids," he excitedly announced in the posts. "I can't wait to share it with you all. You can pre-order it right here!!!"

Since making the announcement, the Georgia native has been showered with a lot of support from the online community. One Twitter user asked, "Do I need to have a kid to buy this book." Another declared, "Okay king I'll buy even though im an adult." A third went even further by raving, "LIL NAS X BOOK?!?!?! THIS IS BETTER THAN NEW MUSIC!!" 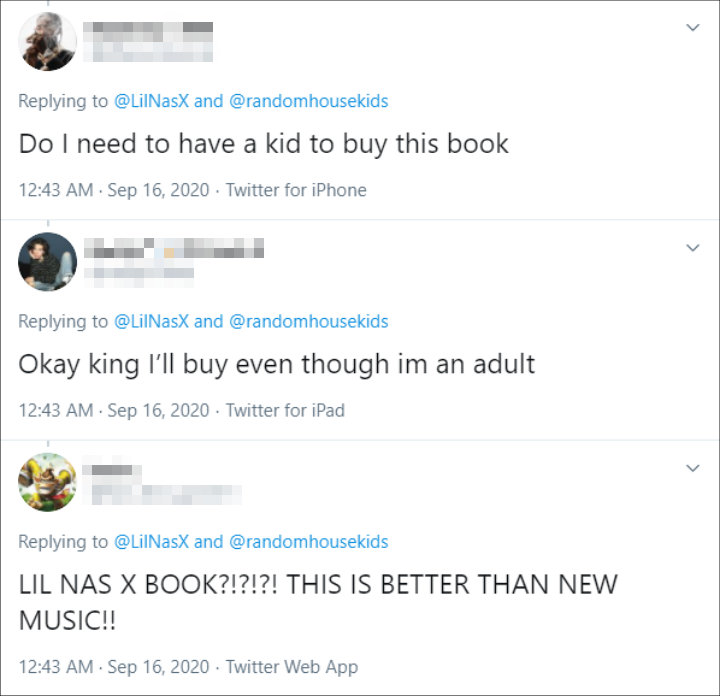 Written by Nas X and illustrated by Theodore Taylor III, "C Is for Country" targets kids from age 3 to 7. It follows the rapper and his trusty pony, Panini, as they go on "a joyous journey through the alphabet from sunup to sundown." Random House's website described it as a perfect picture book "for music lovers learning their ABCs and for anyone who loves Nas's signature genre-blending style."

This book project, which has been made available for preorder online, came months after Nas X brought home two trophies from the 2020 Grammy Awards. Thanks to his successful collaboration with country singer Billy Ray Cyrus, the openly gay MC secured Best Pop Duo/Group Performance and Best Music Video kudos.

Cynthia Bailey Has the Perfect Response to Hater Body Shaming Her

Lil Nas X Explains Why Coming Out Was Scary for Him