The 'Wake Up Love' singer has reportedly just given birth to her second child with her NBA player husband Iman Shumpert after throwing a baby shower in Atlanta the night before.

AceShowbiz - Teyana Taylor is now officially a mother of two. The singer/dancer has reportedly welcomed her second child, a baby girl, with her husband Iman Shumpert. According to a report by The Neighborhood Talk, the baby arrived on Sunday morning, September 6.

Details of the baby delivery and the newborn are not revealed yet, as the couple has not confirmed the news. Just one day before she gave birth, the 29-year-old choreographer and model celebrated the impending arrival of her daughter with a baby shower.

Teyana showed her baby bump in a red dress for the Saturday, September 5 event held at The Gathering Spot in Atlanta, Georgia. Rocking flaming red hair and matching red sandals, she held a red rose while posing in front of white and pink balloon decoration with white, pink and red roses.

The "We Got Love" singer was joined by her celebrity pals, including Karrueche Tran, Lori Harvey and La La Anthony. Karen Civil and Ming Lee Simmons, the daughter of Kimora Lee Simmons and Russell Simmons, were also in attendance. 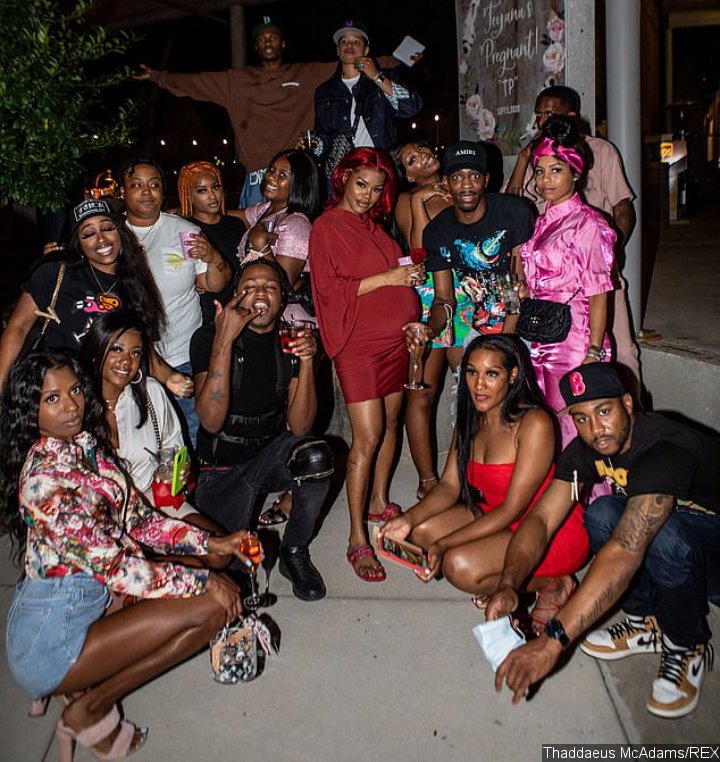 Teyana revealed she and her husband Iman were expecting their second child in June, flashing her baby bump in the music video for her song "Wake Up Love". "We're ready, and we're very excited. Iman is super excited," she told PEOPLE after making the baby announcement. She went on gushing, "Junie is ecstatic -- I'm talking super ecstatic. Everybody is just excited. I can't wait. I've got three more months left until we meet our little princess."

The newborn baby girl joins her older sister, four-year-old Iman Tayla a.k.a. Junie, who was born in 2015. Teyana had a dramatic delivery at the time as she went into early labor and her husband assisted in her delivery of their baby girl at home.

"On Dec 16th at 6:42am in our bathroom Junie decided she wanted to take her first breath into this world," Teyana wrote on Instagram along with a photo of her baby girl. "She came out as a wonderful surprise to everyone! Not knowing I was in labor until I felt her head...it took two ten count pushes with my fiance playing Dr and she entered this world into his bare hands!"

Moving On! Sofia Richie Spotted Getting Cozy With Jaden Smith During Beach Date