The star of the MTV reality TV series receives congratulatory messages from her co-stars after announcing that she's expecting 'one more DeBoer,' which her husband Cole dubs 'The Grand Finale!'

AceShowbiz - Four children might have been more than enough for Chelsea Houska and husband Cole DeBoer. The "Teen Mom 2" star has just announced that she is expecting another baby, but her husband hinted that this one could be the last addition to their growing family.

On Wednesday, August 5, Cole shared on Instagram an image of a wooden beam that features the names of each member of his family with an addition of the word "Baby" at the end. Along with it, he wrote in the caption, "The Grand Finale! (We Think [winking emoji]) Baby #4." The same picture was also shared by his reality star wife who noted in hers, "One more DeBoer! Coming early 2021."

Cole's post was quick to be flooded with congratulatory comments from his fans and followers. One Instagram user happily commented, "Yays congratulations to your beautiful family." Another one gushed, "DeBoer the merrier!" Around the same time, a third chimed in, "Yay! Another gorgeous baby!" 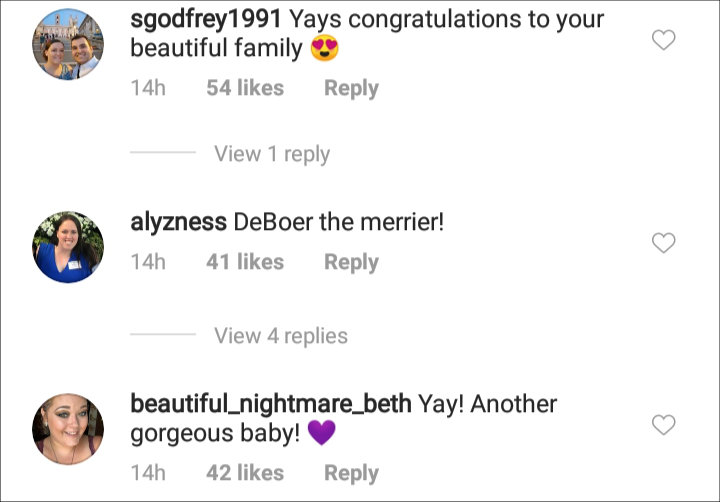 The father of two was not the only one met with positive responses after going public with the baby news. Chelsea also received celebratory comments from her co-star, Kailyn Lowry, and from "Teen Mom OG" star Catelynn Baltierra. "This. So happy for y'all!!!! And I love that you write your story into your home," Kailyn raved, while Catelynn enthused, "Congratulations to you guys!!!!" 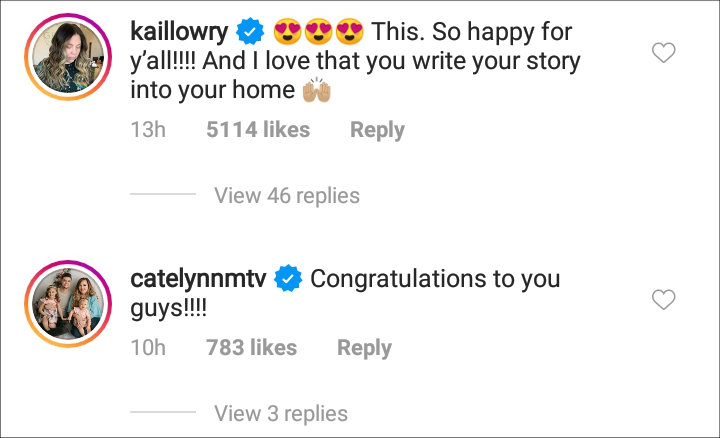 Chelsea Houska got celebratory comments from fellow reality stars for her pregnancy revelation.

This pregnancy announcement came less than two years after Chelsea opened up about suffering from mastitis. Around two weeks after giving birth to her third child in 2018, the 28-year-old tweeted, "This is the first day that I don't feel like I'm dying since Thursday. I never knew how horrible mastitis was. Aaaand I never want to go through it again."

Chelsea Houska opened up about suffering from mastitis after birth of third child.

Since falling pregnant for the fourth time, Chelsea has also suggested that this might be her last child. When speaking to MTV News, she stated, "This has definitely been the most 'pregnant' I've ever felt, like the most classic pregnancy symptoms with this one. This is most likely our last baby, so we joke that this one is making it a little harder - making me a little sicker so that we are okay with being done after this one!"

Cole and Chelsea had gotten married in October 2016. Since then, they welcomed a son named Watson and a daughter named Layne. Chelsea herself has had a 10-year-old daughter, Aubree, with her ex-boyfriend, Adam Lind.