Natalie Bryant and mom Vanessa thank the 'Blank Space' hitmaker for sending a knitwear similar to the one the singer wears in the promotional shots of her new album.

AceShowbiz - Taylor Swift sent a cardigan similar to the one she wears in promotional shots for her latest album "Folklore" to the 17-year-old daughter of Kobe and Vanessa Bryant.

The "ME!" hitmaker dropped her latest record on Friday (24Jul20) after confirming the "surprise" release the day before and, in honour of her latest body of work, also released a new batch of merchandise, including the knitwear.

The cream knit, featuring embroidered applique and black piping, is available to buy on Taylor's online store at $49 (£38), with the album included, and Natalia Bryant took to Instagram to show off the apparel sent to her by the singer herself.

"Thank you SO much @taylorswift...I am OBSESSED with 'folklore,' " Natalia wrote on her Instagram Story.

Her mum Vanessa also took to her own Stories, sharing a photo of Natalia holding up the cardigan from Taylor and writing, "Thank you @taylorswift #Cardigan." 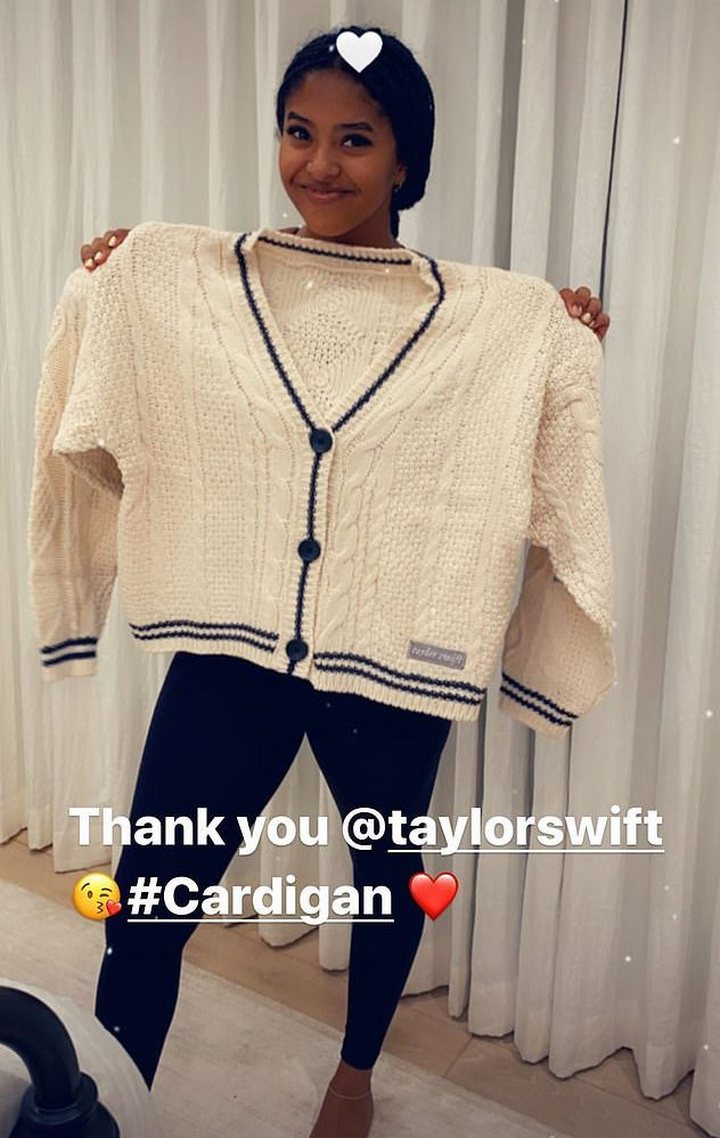 The song, "Cardigan", is the first single Taylor released from her new album, which amassed approximately 80 million global Spotify streams on Friday, securing the biggest album debut for a female artist in Spotify history, and the biggest streaming debut of 2020.

'Enter the Dragon' Star John Saxon Dies at 83 of Pneumonia