The daughter of Lionel Richie fuels reconciliation rumors with the restaurateur as shares a video which is seemingly taken from her ex-boyfriend's Hidden Hills home.

AceShowbiz - Sofia Richie has fueled her reconciliation rumors with Scott Disick. The 21-year-old model appeared to visit her ex-boyfriend's house over the weekend, more than a week after they were spotted attending a Fourth of July party together.

On Sunday, July 12, the daughter of Lionel Richie posted on her Instagram Stories a video of a TV screen which played Zac Efron's new Netflix show "Down to Earth". Seemingly taken while she sat comfortably on a couch, the footage captured the home interior which is very similar to the interior of Scott's Hidden Hills home. The 37-year-old reality TV star, however, was not featured nor tagged in the clip. 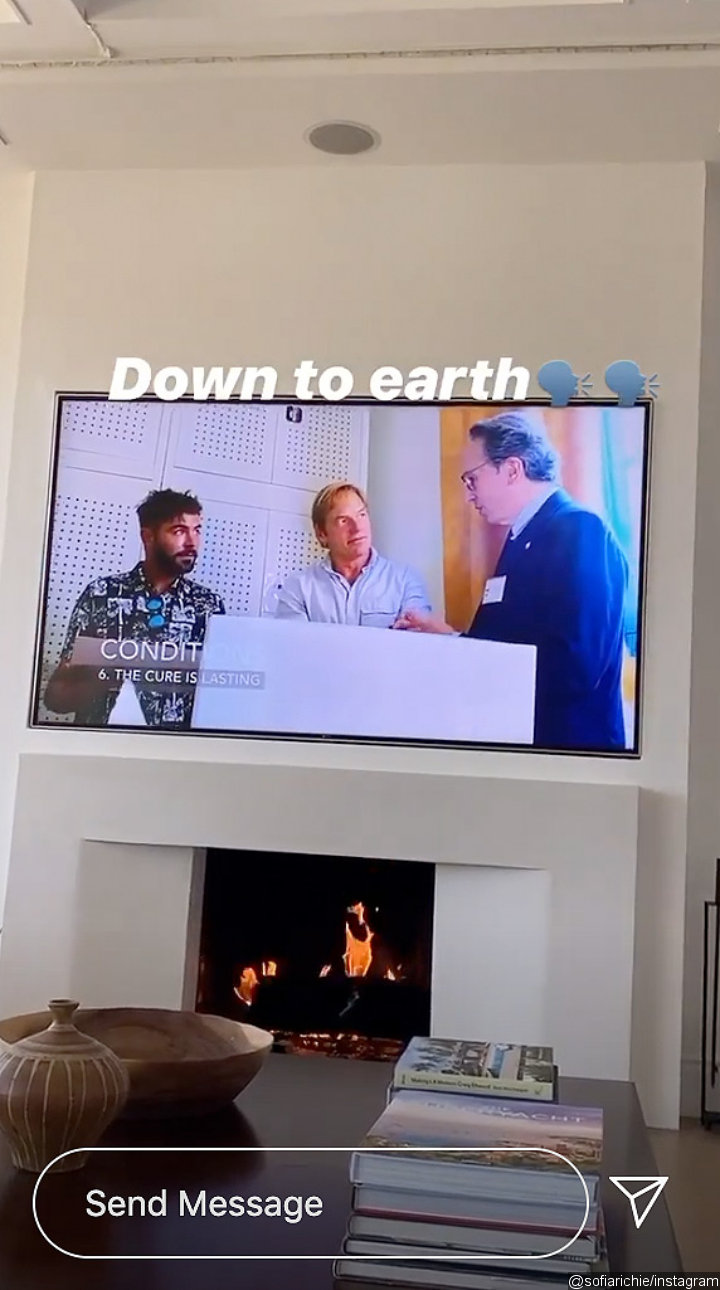 Sofia and Scott started the speculation that they might be rekindling their romance after they were pictured celebrating the Fourth of July together. The exes reportedly grabbed lunch at Nobu restaurant before attending a pal's low-key party at the beach. They arrived to the beach in Scott's black Mercedes G-Wagon and walked side-by-side as they headed to the oceanfront gathering.

A source told PEOPLE that the former couple "spent a relaxing day in Malibu" that Saturday, July 4. The source, however, noted that their reunion was anything but hinting at their romantic reconciliation, saying "they seemed happy together but more friendly than romantic."

Scott and Sofia confirmed they're an item in the fall of 2017 after months of dating rumors. They called it quits in May amid reports that the ex-partner of Kourtney Kardashian checked into rehab to seek treatment for "past traumas."

A source told PEOPLE at the time that Scott and Sofia were taking a break "so Scott can just focus on the most important things in his life - his health and his kids." The source added, "Scott is working on his issues. Sofia is hanging out with friends. It was Sofia's choice to take a break."