The TikTok star says in her statement that she 'committed to learning,' adding that she 'will never stop growing, learning, and fighting for those whose voices rightfully need to be amplified.'

AceShowbiz - TikTok star Addison Rae has returned to social media after a week-long break. On Wednesday, July 8, she issued an apology after receiving backlash for supporting All Lives Matter which is associated with criticism of the Black Lives Matter movement.

"I owe all of you an apology," read Addison's statement. "Four years ago, I reposted a video which included a woman sharing her thoughts on Black Lives Matter and All Lives Matter that I should not have."

"Because of my privilege, I didn't understand and wasn't educated enough on the social injustices facing the Black community. All lives CANNOT matter until Black lives do. The Black community continues to be oppressed and damaged by systemic racism," the 19-year-old added, admitting that she made "mistakes." 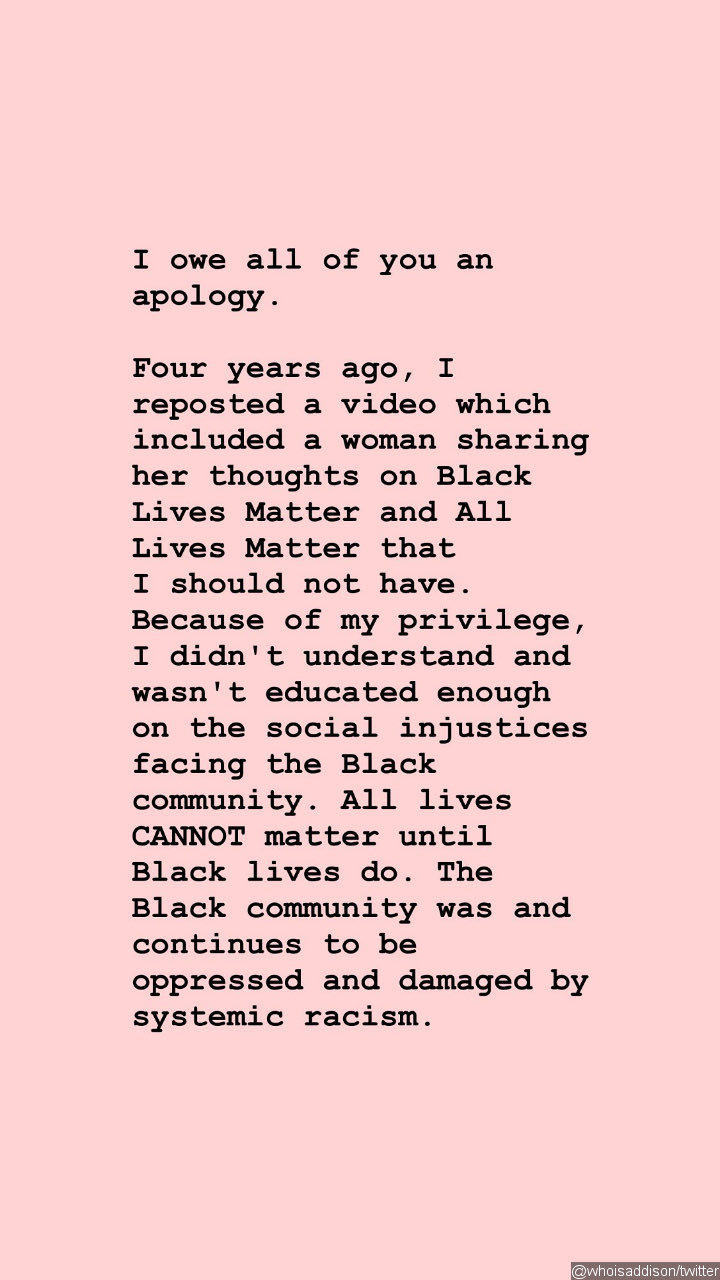 She said she "committed to learning from them" and promised that she "will never stop growing, learning, and fighting for those whose voices rightfully need to be amplified, and will forever believe that Black Lives Matter." Addison added, "I am truly sorry and I am committed to using the platform you all have given me to work on becoming a better ally." 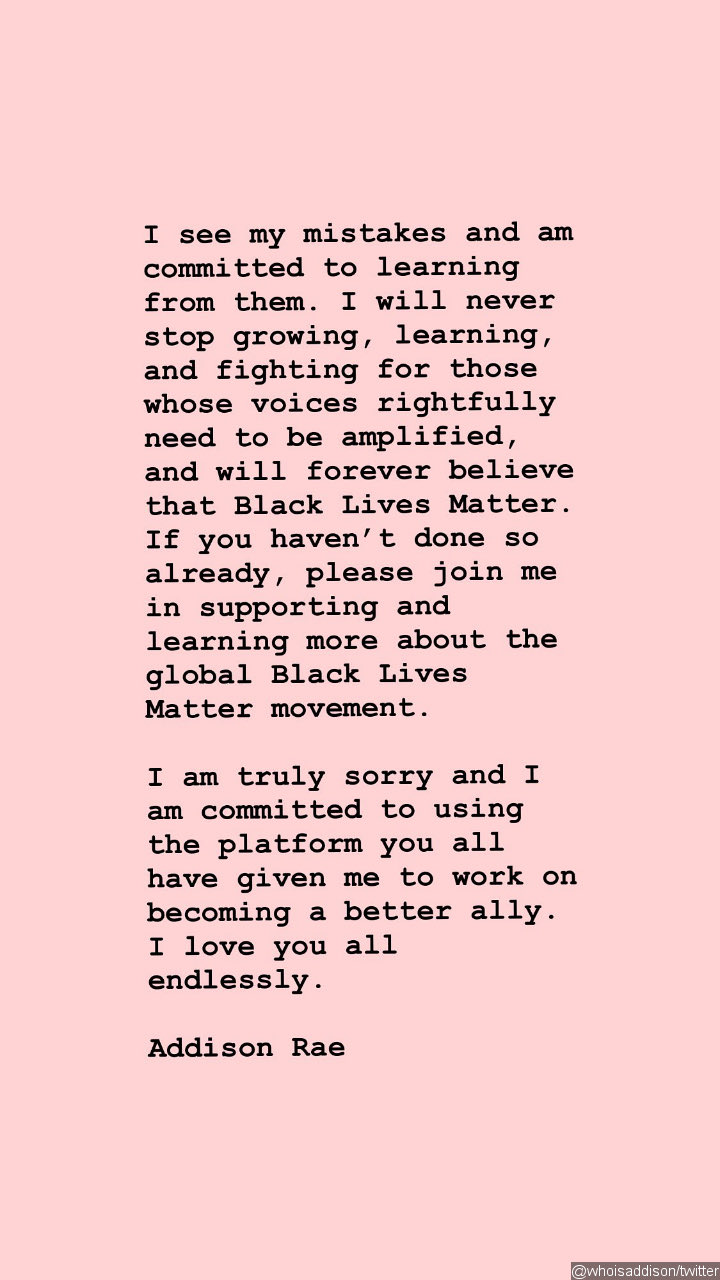 The TikTok star said that she would continue learning.

Some fans weren't satisfied with her apology. "it's too late, you ignored the situation for a month and only apologized once more people caught you. It should have been addressed immediately and I've lost all respect for you," one said. "...after 8 days thats your apology? whatever," another fan added.

A fan, however, defended Addison. "can we talk about how she took a break from social media because although it was right people were asking her to address it, people also made jokes about her suicide? people like this would make it hard for ANYONE to apologize. now she apologized, y'all still arent happy?" the fan wrote.

Meanwhile, her on-and-off again boyfriend and fellow TikTok star Bryce Hall set the record straight on her wellbeing as she sparked concern among fans due to her unusual silence on social media over the past few days. "She's fine, just know that," Bryce told YouTube channel "Celebrity Livin."

He also talked about pregnancy rumors surrounding Addison. "And let me just clear it up," Bryce shared, "She's not pregnant. I don't know why that's a thing."