Although the film adaptation of Aretha's life story has caused controversy among some members of her family, Brigitte declares on social media that it is 'a must see movie.'

AceShowbiz - Aretha Franklin's niece Brigitte gushed Jennifer Hudson's biopic of the late singer is a "must see movie" after the teaser trailer dropped on Sunday, June 28.

"Respect", the film adaptation of Aretha's life story, has caused controversy among some members of the family, such as her youngest son Kecalf, who insisted he and his siblings didn't support the film in a tweet back in January.

However, one person who's already a big fan of the movie is Brigitte, who tweeted a link to the teaser trailer and wrote alongside it, "A must see movie!!! @IAMJHUD did an excellent job portraying my aunt!" 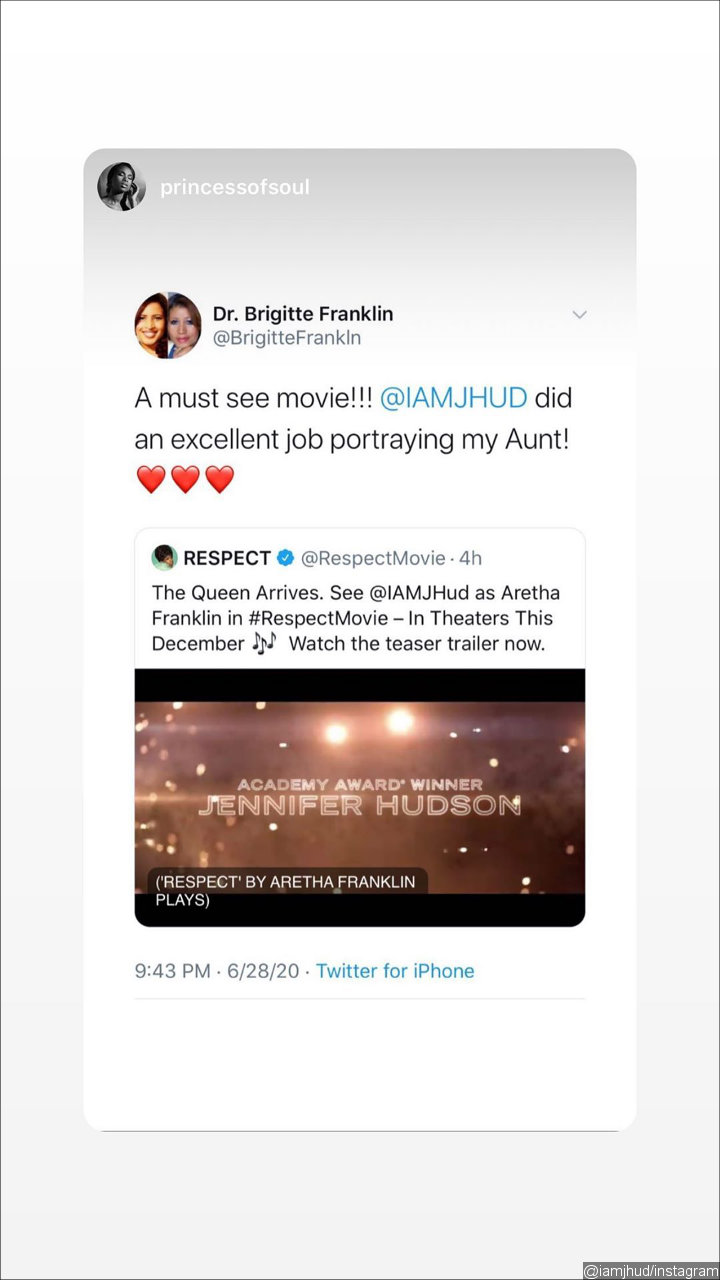 The trailer for the upcoming film dropped during the virtual BET Awards on Sunday night, during which the former "American Idol" star performed Franklin's "Young, Gifted and Black".

In the teaser for the movie, Jennifer can be heard performing her take on Aretha's "Respect", with scenes from the film showing the young singer working to make it in the music industry, as well as demanding "respect" from those she was working with - telling one executive to call her Miss Franklin.

"Respect" is due for release in December.