To support the Black Lives Matter movement, the 'Bad Things' rapper and the Blink-182 drummer shares an accompanying video that features them joining the protests.

AceShowbiz - Machine Gun Kelly and Travis Barker have teamed up to record a cover of Rage Against the Machine's "Killing in the Name" to support the Black Lives Matter movement.

The two friends have been spotted protesting on the streets of Los Angeles in recent days and now they've hooked up to collaborate for a good cause.

"They (Rage Against the Machine) wrote this song in 1992. It's been 28 years since, and every word still applies," Kelly wrote on Twitter. "Me and Travis Barker wanted to bring it back for these times...".

Machine Gun Kelly Slams Celebrities for Crying and Whining About Everything 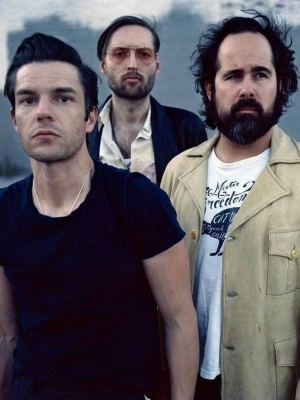