Boyega's 'Star Wars' co-star Mark Hamill and Lin Manuel Miranda also show their support for the Finn depicter after the British actor said, 'I don't know if I'm going to have a career after this,' during a protest in London.

AceShowbiz - Jordan Peele has got John Boyega's back. The comedian/filmmaker has assured that the actor won't be blacklisted in Hollywood after he joined a Black Lives Matter protest at London's Hyde Park on Wednesday, June 3,

During the protest, the 28-year-old delivered a powerful speech, while also revealing his fear about the future of his career. "I don't know if I'm going to have a career after this [speaking out], but f**k that," he said to the cheering crowd.

Seeing news about Boyega's participation in the protest, Peele later let him know that he won't be out of work after this. "We got you, John," he simply wrote in response to the actor's concern, while sharing photos of the British star holding his bullhorn.

Many fellow actors have also shown their support for Boyega, with his "Star Wars" co-star Mark Hamill tweeting, "Never been more proud of you, John." He affectionately signed off the message by referring to himself as Boyega's "dad."

Actor/writer Lin-Manuel Miranda tweeted, "Oh god I WISH, Ojala! From Attack The Block to this day!", referring to Boyega's 2011's film "Attack the Block". Olivia Wilde posted, "I would be honored to work with @JohnBoyega and can only hope to have the chance. We've got your back, John. Don't hold back."

Movie producer and writer Seth Grahame-Smith similarly assured the Finn depicter, "Any project. Any role he wants." Rodney Rothman, the co-writer and co-director of "Spider-Man: Into the Spider-Verse", said he had immediate offer for the actor, "I have something great I would offer him today. Tell yer agents man."

Director Edgar Wright and playwright Jack Thorne said they would love to work with Boyega again, while Paul Feig joined the chorus of support as writing, "My hand is up high. It would be an honor to work with John."

Jordan Peele Has No Plan to Return to Acting Gig 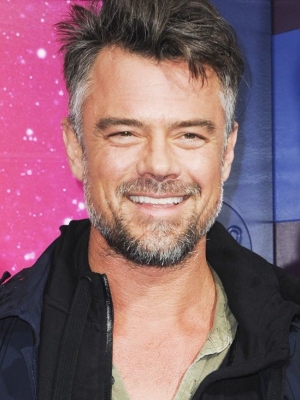