Should Meghan join the cast for the next season of the dancing show, that will mark the Duchess of Sussex's first TV return after she exited 'Suits' to marry Prince Harry

AceShowbiz - "Dancing with the Stars" judge Bruno Tonioli recently stopped by Extra to discuss the future of the ABC dancing competition amid the coronavirus pandemic. During the interview, the longtime judge also talked about how he wished Meghan Markle would join the next season of the season.

"She'd be great!" the Italian ballroom expert said of the wife of Prince Harry in the recent interview. "It'd make her look accessible and funny - it'd be brilliant. Meghan, if you're watching this, please! We'd love you to do it."

As for whether "Dancing with the Stars" have started filming for season 29, Bruno revealed that the production has yet to start. He shared that the network would figure out a way to do live shows and was open to the possibility to film without a live audience. "If you can recreate the sense of excitement, I'm sure it's possible," he said.

Should Meghan join the cast for the next season of the dancing show, that will mark her first TV return after she exited "Suits" to marry Prince Harry. After stepping back from her role as senior royal family member of British royal alongside Prince Harry, Meghan and Harry relocated to the U.S. with their son Archie.

Back in March, Disney announced that the Duchess of Sussex narrated one of its newest nature documentaries, "Elephant", which is available to stream on Disney+ starting April 3rd.

Of her first gig after royal exit, Meghan said, "I'm really grateful to have the opportunity to be a part of bringing this story of elephants to life." She added, "I've been very lucky to be able to have hands-on experience with elephants in their natural habitat. When you spend time connecting with them and the other wildlife, you really understand we have a role to play in their preservation and their safety."

Talking about elephans living in Botswana, Meghan explained, "These creatures are so majestic and at the same time, they are so sensitive and so connected. We see in this film just how remarkable they are. I think they're a lot more like us than they are different." 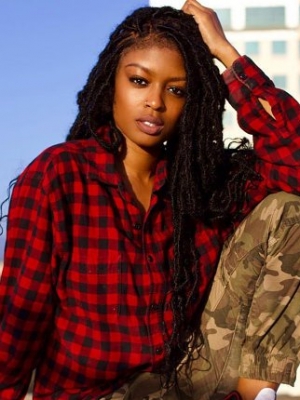