Through her social media account, the 'John Wick: Chapter 3 - Parabellum' actress brings to attention the plight of 81-year-old Ned Harounian whose Melrose shop was looted and burned to the ground.

AceShowbiz - Halle Berry is making a passionate plea for an immigrant heavily affected by looting and burning of buildings that swept Los Angeles over the weekend. One day after peaceful protests over George Floyd's death got marred by the violent acts, the "Monster's Ball" actress brought to attention Ned Harounian's predicament.

Sharing a collage photo of the business owner and of his late wife on Instagram Story, the 53-year-old wrote, "An 81 year old immigrant father and business owner, Ned Harounian, had his Melrose shop looted and burned to the ground over the weekend." She went on to detail, "He immigrated in 1985 and for 30 years he put his life into his business and community."

In the Monday, June 1 post, the mother of two additionally noted, "His recently deceased wife's jewelry was also stolen." She then asked the people of Los Angeles to help aid the man. "I know thing are crazy right now, but I hope we can all take a minute to help this man out!!" she stated. "His son has created a @gofundme." 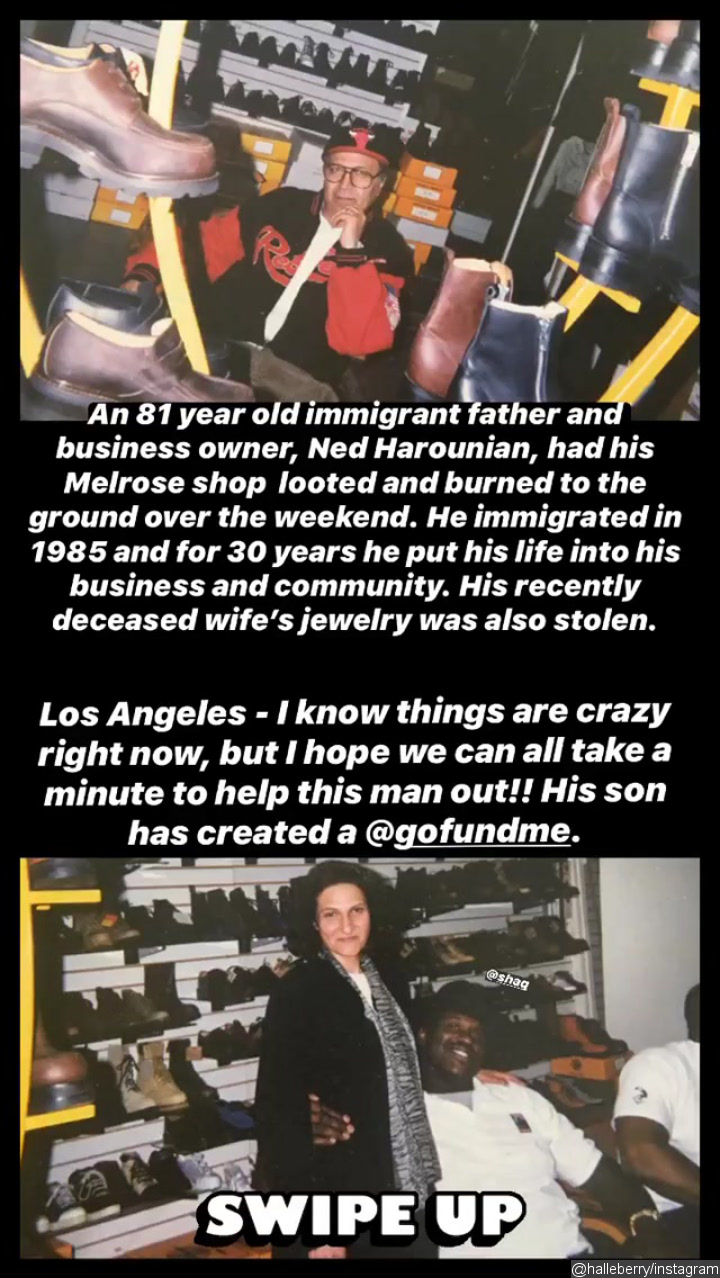 Halle Berry asked fans to help Ned Harounian who lost his business due to looting.

Berry also shared similar post on Twitter, and even responded to several reactions by fellow users. When one in particular expressed hope that Ned's insurance will cover his loss, Berry was quick to point out that it won't be the case. "According to his son, insurance is not covering the damages caused by the riot," the "John Wick: Chapter 3 - Parabellum" actress replied. 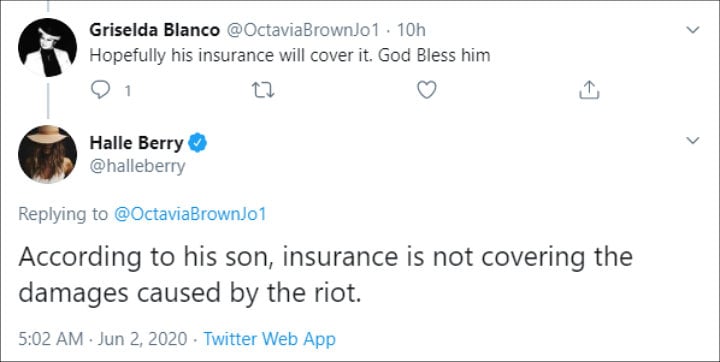 The ex-wife of Olivier Martinez further reminded her followers not to use certain words in her page. After a user wrote, "That's heartbreaking!! These thugs doing this must be stopped and let the people protesting peacefully, do their thing," she wrote back, "please do not use the word thugs here. I will not tolerate it. I stand in solidarity with all who protested this weekend." 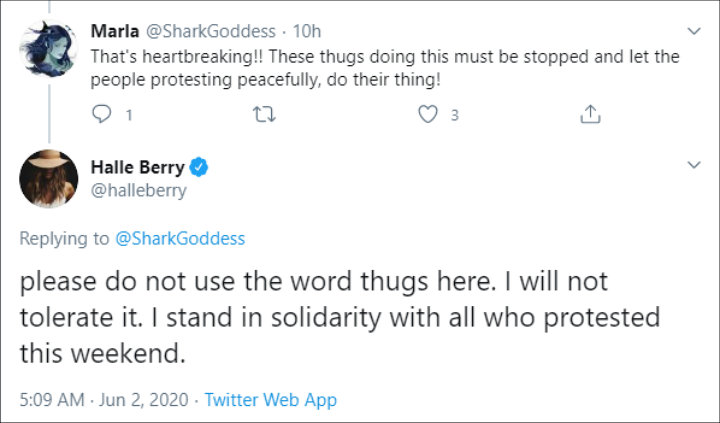 Halle Berry warned a fan against the using of the word thugs.

Ned's store was one of many businesses and public institutions being looted and destroyed in the midst of nationwide demonstrations ignited by the death of Floyd in Minneapolis. Curfew has been implemented across Southern California since Sunday. On Monday, another curfew was set to begin at 1 P.M. for the business district and at 4 P.M. citywide.

The GoFundMe page created for Ned by his son Naz described his store not only as "his source of income, but also his safe haven." Naz's note continued to read, "The L.A. Melrose community is family to him and he to them. He has been violated, ripped of his life’s work, support and community, devastating." As of Monday night, $18,656 has been raised out of its $75,000 goal.