'Thank you for reminding me why I left you in the first place,' writes Jessica Ciencin Henriquez in a social media post wherein she accuses the 'Sweet Home Alabama' actor of infidelity.

AceShowbiz - Actor Josh Lucas has been called out by his ex-wife Jessica Ciencin Henriquez for allegedly cheating on her "in the middle of a pandemic" after they romantically reconciled.

The "Sweet Home Alabama" star originally split from writer Jessica in 2014, but they remained close to co-parent their son Noah, now seven, and even sparked rumors over the years of a reunion as they continued to spend time together as a family.

However, it appears their relationship will be strictly platonic going forward, after Jessica shared a scathing post on Twitter on Friday (May 29), accusing Josh of infidelity.

Although she doesn't name the actor in the tweet, Jessica makes it clear whom she is referring to by mentioning the fact they share a kid.

"Having a child with someone makes you want to forgive them more than you normally would, it makes you believe they are better than they are. But it takes a really s**t human to cheat on their partner (correction: now ex partner) in the middle of a pandemic," she wrote. "Thank you for reminding me why I left you in the first place."

Jessica went on to explain why she was venting about the personal situation on social media.

She captioned the post, "Exes are exes for a reason." 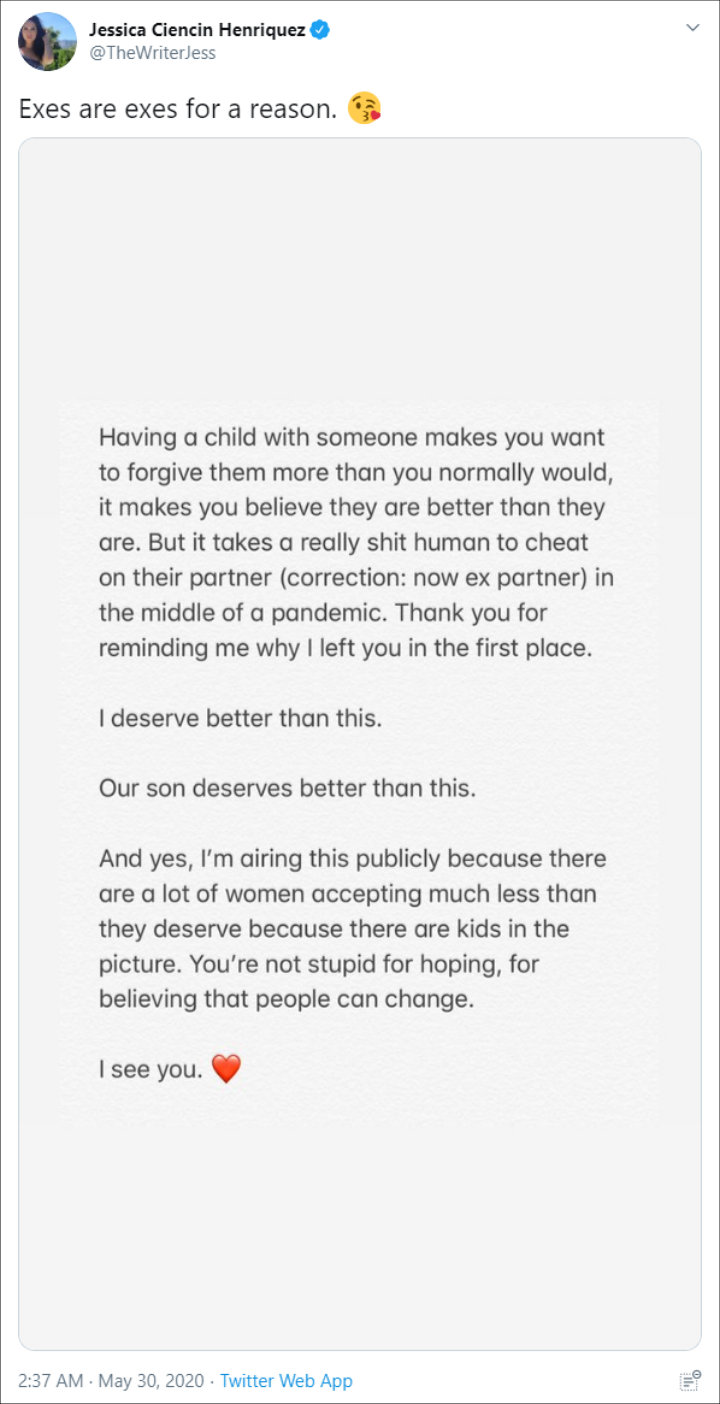 Josh Lucas' ex-wife accused him of cheating on her during coronavirus pandemic.

Lucas has yet to respond to the online attack, but a source tells People.com the actor hasn't been romantically involved with Jessica for a while.

"They haven't been together in a long time," the insider says. "They are co-parents and have been doing so since their split in 2014 (sic). They're in California now but live separately. They weren't trying to reconcile."