The actor playing Dr. Marcus Andrews on 'The Good Doctor' is met with backlash for the birthday message he sent Zaya in the comment section of her stepmother Gabrielle Union's tribute post.

AceShowbiz - Hill Harper is owning up to his mistake in misgendering Dwyane Wade's daughter. Shortly after catching heat for referring to Zaya Wade as a young man when wishing her a happy birthday, the actor known for his portrayal of Dr. Marcus Andrews on "The Good Doctor" came forward with an apology.

"I would like to apologize for my post. I am responsible for what gets posted and I made a horrible error," the 54-year-old actor wrote in a lengthy statement he posted on Instagram Story. "I misgendered my friend's child and I am so sorry to Zaya and the entire Wade family. It was not my intention to misgender and misrepresent her in any way. I celebrate Zaya."

The "For Colored Girls" actor continued to note he has "no malicious intent" with his controversial post. "As a family friend I feel so bad that I may have taken away from the celebration. Zaya's courage and strength is something I celebrate," he explained. "I am human and I am learning and often trying to do too many things which leads to mistakes like this one. I am sorry."

Offering another apology to "those my post offended," Hill added, "There are many challenging things going on in the world right now and I certainly didn't intend my birthday wish to be a negative distraction and certainly didn't want it to take away from a celebratory birthday for Zaya." In the end, he concluded, "I extend my heartfelt apology to Zaya, the Wade family." 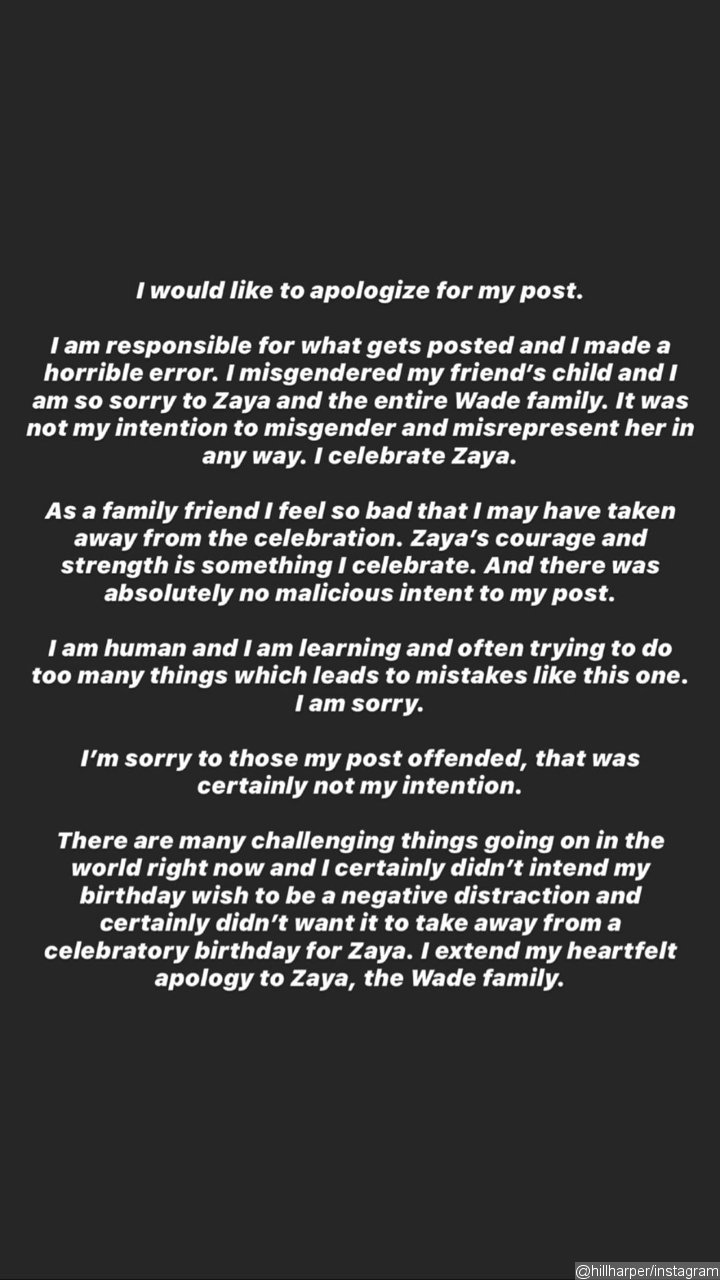 Hill sparked backlash when he responded to Gabrielle Union's heartfelt tribute to Zaya celebrating her 13th birthday. In the comment section of her post, the former "CSI: NY" star wrote, "Happy Birthday young man!! Read 'Letters to a Young Brother'!!! Your mom wrote something in it!! You'll love it! Have a great day!!" 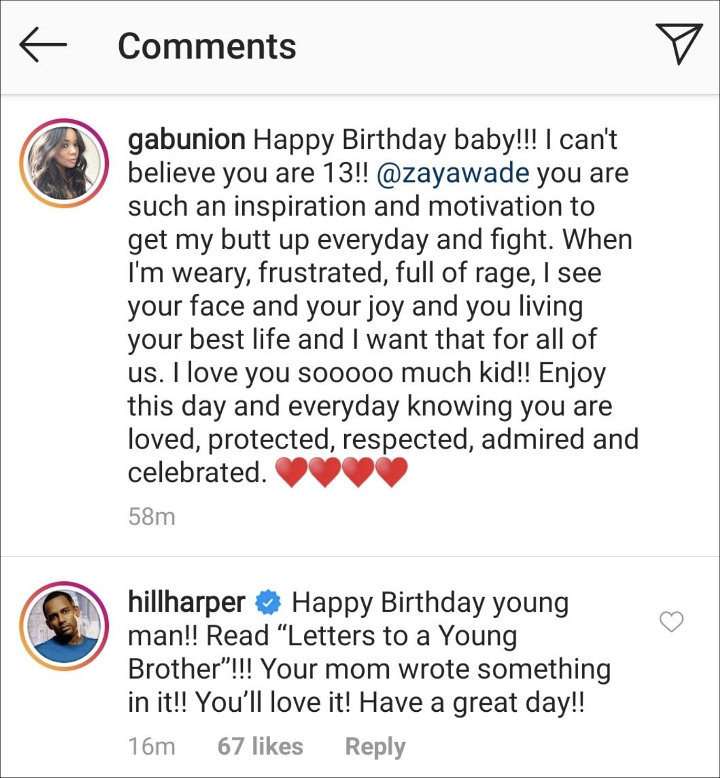 Many quickly noted that Hill referred to Zaya as a male instead of a female, prompting them to express their outrage online. A number of social media users deemed his birthday message to the teen, "disgusting," "blatantly disrespectful" and "full of malice." One in particular condemned him for having "the nerve to do that under HER comment section."

Gabrielle's post for Zaya itself saw a sweet photo of them together. Along with it, she wrote, "Happy Birthday baby!!! I can't believe you are 13!! @zayawade you are such an inspiration and motivation to get my butt up everyday and fight. When I'm weary, frustrated, full of rage, I see your face and your joy and you living your best life and I want that for all of us. I love you sooooo much kid!!"

Zaya, who was previously known as Zion, is Dwyane's second child with former wife Siohvaughn Funches. Her transgender identity was made public by her retired basketball player father during an interview on "The Ellen DeGeneres Show" in February. He stated at the time, "(It was) our job as parents to listen to that, to give them the best information we can, to give the best feedback we can."